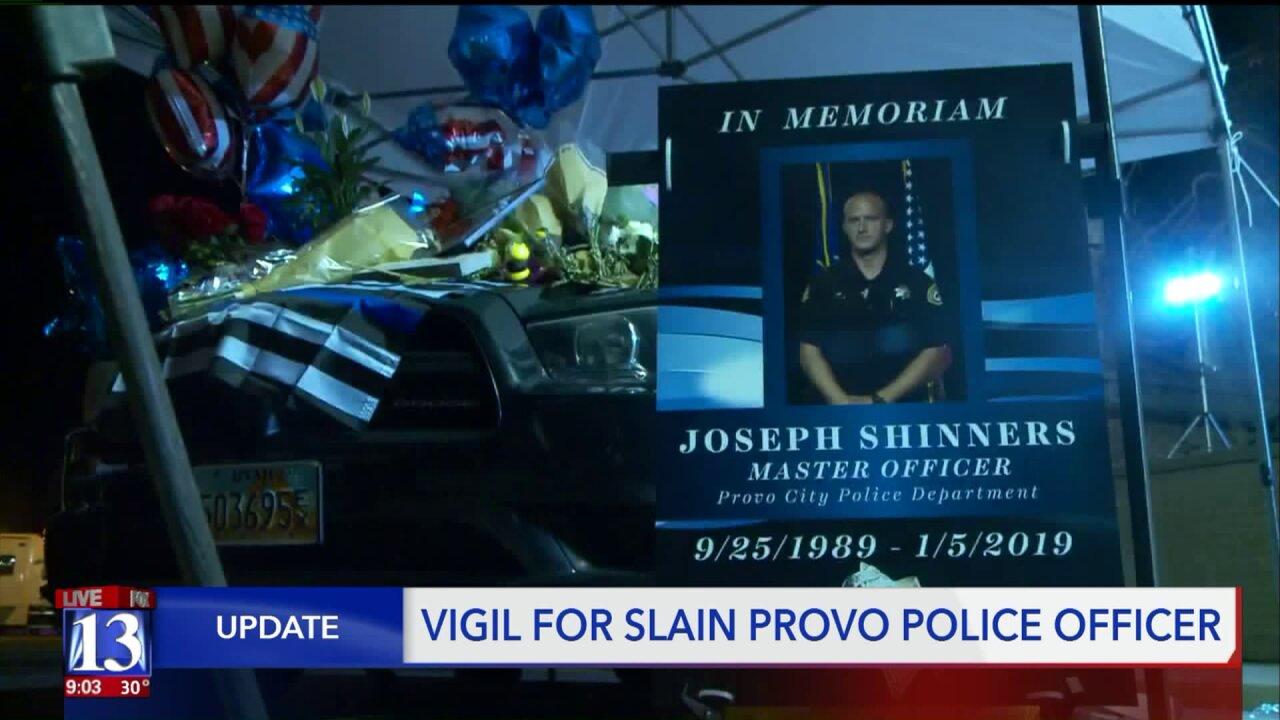 PROVO, Utah — Hundreds gathered outside the Provo Police Department for a candlelight vigil honoring Officer Joseph Shinners who was killed in the line of duty.

As candles flickered in the cold breeze, those who knew the fallen officer best addressed the crowd.

“The boundaries of his heart were limitless,” his mother, Kathleen Baker said.

Fighting back tears, his father described a man who was driven to serve.

“Our Joey is about love,” John William Shinners said.

Those who worked with Officer Shinners shared their fondest memories.

“He would give a big hug to somebody who was on his way to jail,” added Provo Chief of Police Richard Ferguson.

One of his bosses recalled the moment he met Officer Shinners and knew he had the qualities to be great.

“It is a combination of compassion, courage, knowledge and integrity. He possessed all of those things,” said Provo Police Captain Brian Wolken.

His family and friends are certain that Officer Shinners won’t be forgotten.

His mother knows how the community can make sure Officer Shinners’ lives on forever.

“This is my simple request, let us all be kinder and more loving to each other,” Kathleen Baker said.

Funeral services for Officer Joseph Shinners will be held at 11 a.m. Saturday on the campus of Utah Valley University in Orem.

Others have honored Shinners by turning his police vehicle into a shrine, carving an ice sculpture and creating a t-shirt. Governor Gary Herbert also ordered the state flag to be flown at half-mast on the day of Shinners' funeral.