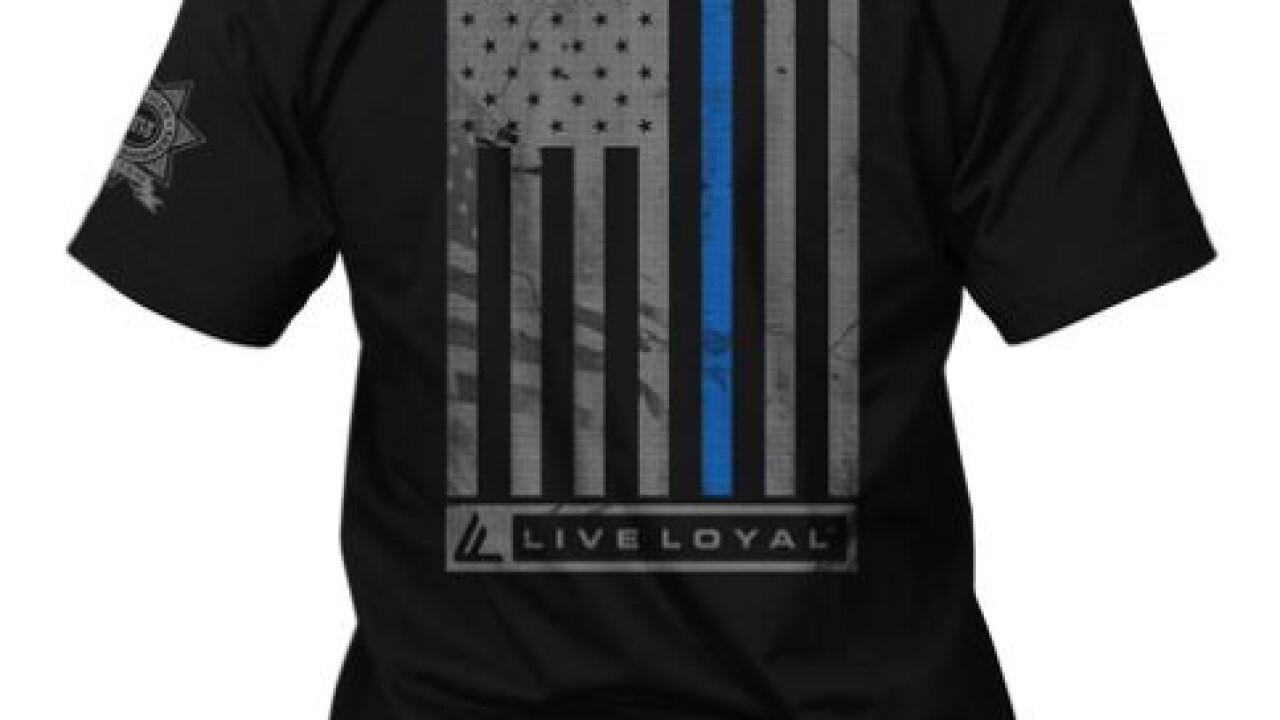 (KSTU) — Officer Joseph Shinners with the Provo Police Department was shot and killed while trying to apprehend a fugitive on January 6.

Since Shinners’ death, he has been honored with the lowering of the state flag, a shrine on his squad car, an ice sculpture and a candlelight vigil.

Now, a company dedicated to supporting veterans and servicemembers has created another way people can honor Shinners and support the family he leaves behind.

SRVS Gear, which stands for Support and Respect for Veterans and Servicemembers and pronounced “service,” according to their website, creates shirts to honor fallen service members and give back to servicemen and their communities.

SRVS has created an Officer Shinners t-shirt that is selling for $25. According to company representative Amanda Bowler, all proceeds from shirt sales will go directly to Shinners’ widow. Bowler did tell FOX 13 that the company keeps back the production cost so they don’t lose money on the shirts.

You can purchase an Officer Shinners memorial shirt here.