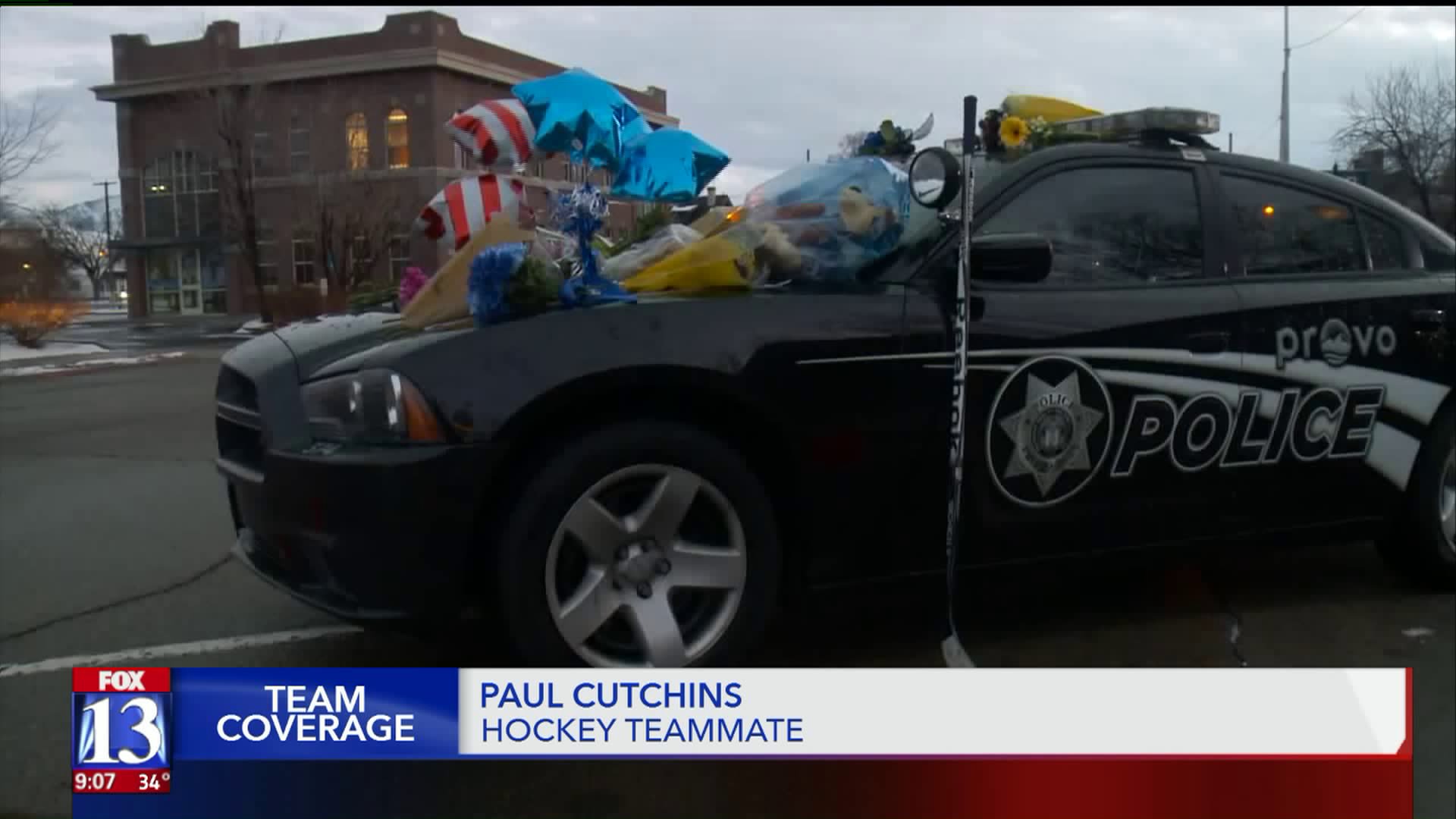 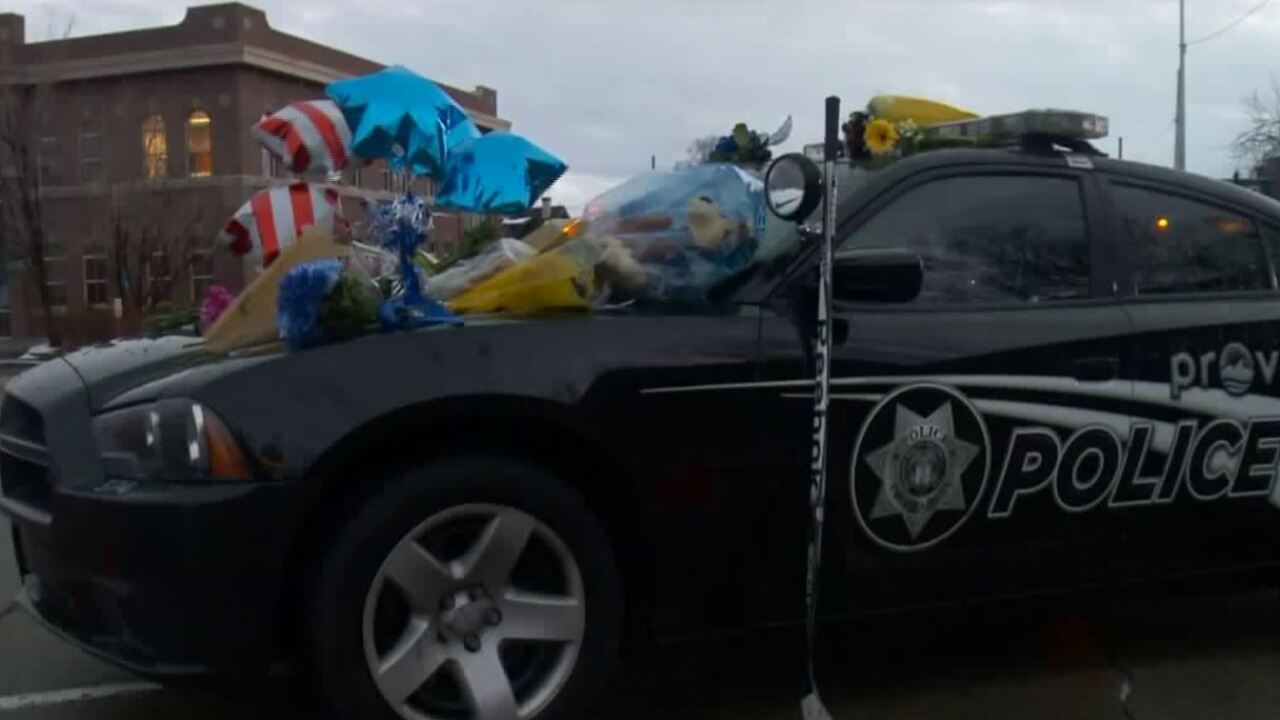 PROVO, Utah — With tear-filled eyes, community members of all ages presented flowers, flags and ribbons, in honor of Provo Police Department fallen officer, Joseph Shinners who was killed in the line of duty late Saturday night.

“We came to show some support,” said 11-year-old Wesslee Berger.

“Even the small things make a difference,” said John Reed, a member of the Honoring Heroes Foundation, who spent the afternoon with a group of young men, all tying blue ribbons to the light posts surrounding the squad car.

One by one, community members came to pay their respects to a man most of them never knew, but respect more than anything.

“The officer that passed away wasn’t a sacrifice just for the city, it was for the state and the nation as well,” said Reed.

For some young visitors, the announcement of Shinners death brought sadness.

“I felt sort of sad and disappointed because I know the world is a better place than it is now,” said 11-year-old Wesslee.

Those who knew him say the promotion was well deserved. Still, they are trying to find ways to deal with their grief.

“It hurts,” said Paul Cutchins. Cutchins said he and Shinners have played on the same hockey team for years, they were supposed to play a game together this Monday night.

“He’d do anything for anybody and he would,” said Cutchins. “Just absolutely the kind of guy you want to be your police officer in your town.”

Others that worked close to Shinners remember him as a dear friend.

“He was always positive, he was always happy, he was hard-working,” said one of his brothers in blue, Detective Nick Dupaix with Provo Police Department. “That’s the only way I can see us moving forward is keeping his memory, his character and example."

Whether it be a teammate or a coworker, both described Joseph Shinners as something much greater… A hero and a friend who left behind a big legacy.

“Find someone who would go and die for someone they didn’t know and tell me that’s not a hero,” Cutchins said as he stood in front of Shinners’ squad car where he had left a hockey stick.

“It’s a hole that I don’t think will ever be filled, but Joe I think has left a legacy with each and every one of us and I know that each of his brothers and sisters here at the police department are up to the task to carry on his legacy,” Dupaix said.

Police say a vigil will be held sometime this week. Until then, Shinners’ squad car will be at the Provo Police Department for people to pay their respects.

Joseph Shinners was just 29 years old and leaves behind a wife and one-year-old son. A GoFundMe page has been set up for his memorial and family, it can be found HERE.