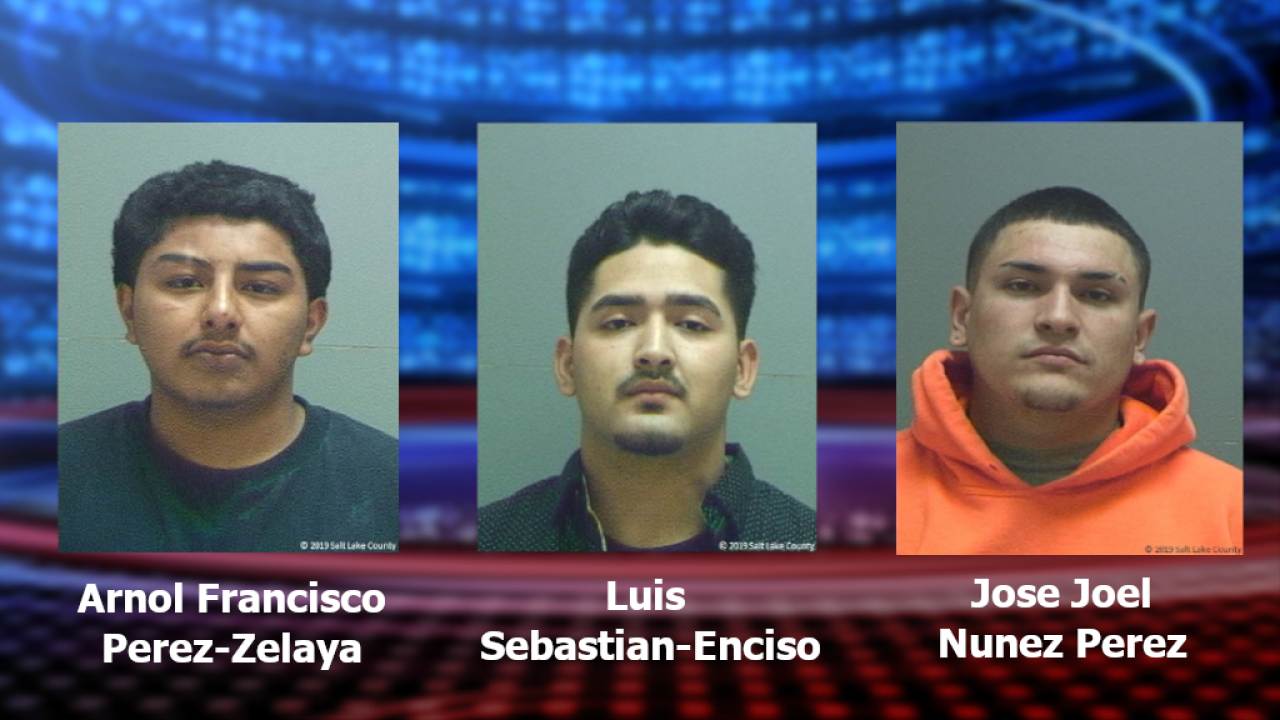 WEST VALLEY CITY — Three arrests have been made in connection to the July 14 shooting death of 19-year-old Neko Jardine, according to a West Valley City Police press release.

On July 14, 2019, three people were shot at a home near 5600 West and 4360 South, shortly after midnight. Neko Jardine was shot in the neck, chest and torso and rushed to a local hospital in serious condition. Jardine underwent surgery before succumbing to his injuries.

Ten to 12 shots were fired following a fight, three people were struck, including Jardine. An 18-year-old and 17-year-old were injured and treated at a hospital and later released.

Police were able to identify the suspects through an investigation into two 9mm weapons used in the shooting and a red sedan identified by investigators. Nunez Perez was considered a suspect who also drives a red 2007 Toyota Camry SE, which matched the suspected vehicle description at the shooting. Forensic evidence was able to connect Nunez Perez to the Jardine case and he was arrested on Oct. 23 and charged with homicide, attempted homicide and obstruction of justice.

On Oct. 23, forensic evidence led to a search warrant being executed at the home of another suspect, Arnol Francisco Perez-Zelaya, he was arrested and booked on homicide, attempted homicide and obstruction of justice charges. The same day, another search warrant was executed by investigators at the home of Luis Sebastian-Enciso where investigators found two guns, one of which was a stolen 9mm weapon. The gun will be tested to see if it has connections to the Jardine murder.

ARRESTS MADE IN NEKO JARDINE HOMICIDE: we have arrested 3 people in connection with the July murder of Neko Jardine.
Jose Joel Nunez Perez (11/19/00)
Arnol Francisco Perez-Zelaya (10/4/98)
Luis Sebastian-Enciso (10/18/00)
Have been booked on multiple charges, including murder. pic.twitter.com/L2pC6SAfc5