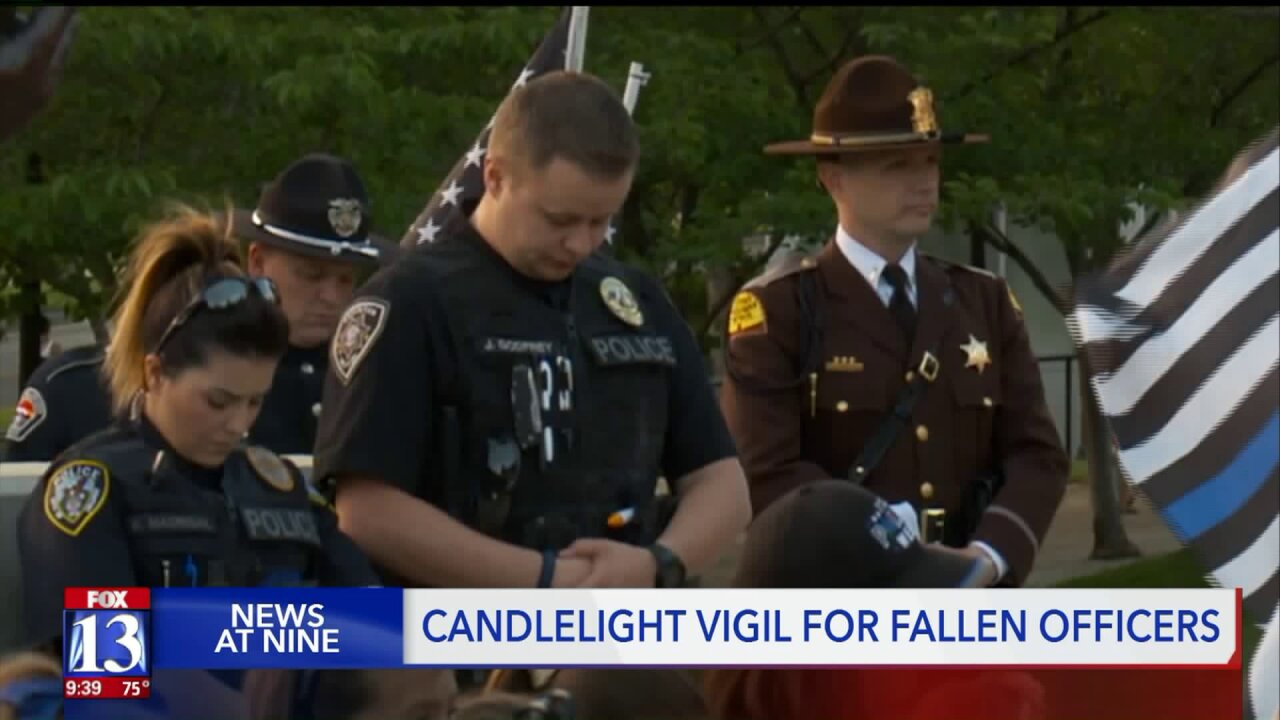 SALT LAKE CITY -- It’s a painful but uplifting week for police as the entire nation recognizes those who died in the line of duty — and thanks those who are currently working in law enforcement.

As they come together to remember the fallen during National Police Week, the Utah blue line family said they also get to see love and support from the community.

In Salt Lake City, the Utah Fraternal Order of Police hosted its annual fallen officer vigil Monday evening, in front of the Utah Law Enforcement Memorial at the State Capitol.

Vincent died following surgery in October after he collapsed during a physical fitness test.

Romrell died in November when a man fleeing from a burglary ran Officer Romrell over with a car.

Shinners was shot to death in January while trying to arrest a wanted fugitive.

In addition to recognizing those who gave their lives to protect the communities they served, the people who attended indicated it’s also important to feel the community support.

“It's good for us as law enforcement officers to see the support and feel the love of the community because, ultimately, those are the people we serve,” said Draper City Police Sergeant Mike Elkins. “As long as they know that we care about them, and they care about us, it works out.”

During Police Week, businesses, families and community members drop off food, cards and other tokens of appreciation to departments across the state.

At the same time as the Utah vigil Monday evening, a vigil in Washington D.C. recognized all of the men and women across the country who died in the line of duty in 2018.

Many members of the South Salt Lake Police Department, including Chief Jack Carruth, made the journey to D.C. to honor Officer Romrell and support his wife, Elizabeth, and baby boy, Jackson.

Videos shared by the South Salt Lake Police Department show law enforcement standing at attention at the airport in D.C. as Elizabeth Romrell walked off the plane holding Jackson.

Another video showed a police motor escort guiding the group on a bus as they left the airport.

Officer Romrell’s name will be engraved on the National Law Enforcement Officers Memorial.

Peace Officers Memorial Day is on May 15. National Police Week runs from May 12 to May 18.