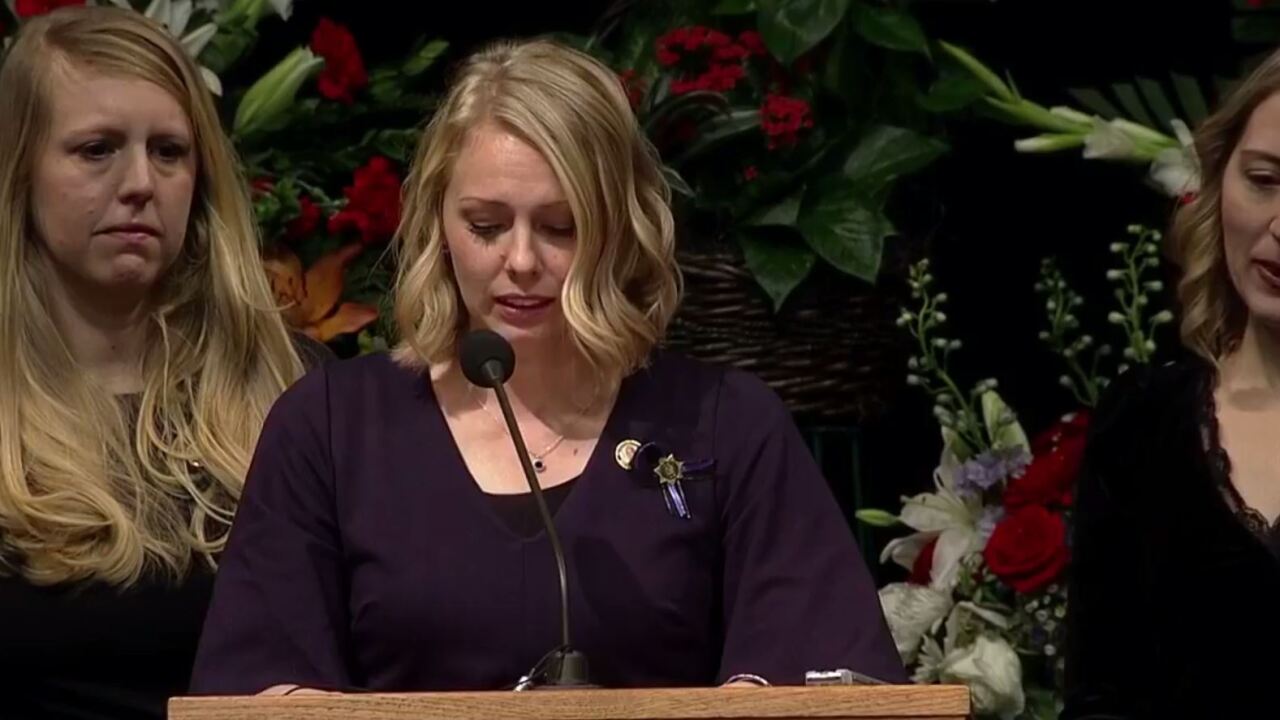 Master Officer Joseph Shinners was killed in the line of duty in early January. He was a 3-year veteran of the Provo Police Department.

During his funeral service Saturday, his wife Kaylyn reflected on her husband's life, through the precious moments they shared.

"My husband was so many wonderful things," Kaylyn said. "What I will miss most about him and what I will honor, is who he was in the quieter moments in our life at home and with me and my son."

Kaylyn shared a story of her husband's generous nature, recounting a number of times when he would pay $60 of his own money to help someone who needed a warm hotel to sleep in.

She shared the simple things that made him smile, "Joe is the man who loves clean sheets."

She reflected on the competitive spirit that made Joseph Shinners who he was.

"Joe is the man who loved to play soccer and loved to play hockey... even though he spent forty percent of every game in the penalty box," she said as the audience let out a chuckle.

For Kaylyn, it was the funny moments, "Joe is the man that had no fear. Unless it was snakes, that was the only time he threatened to divorce me," she laughed.

Most of all, she shared the moments that truly gave him life.

"He was the man who went from being scared to have a baby to snuggling our son to sleep every night," Kaylyn said. "That was the last thing he did before going to work Saturday night."

She said that Shinners was so excited when he and Kaylyn's son was born, that he followed a nurse around the room holding out his hands, waiting for the chance to hold his child for the first time.

Through tear filled eyes, she took a moment to catch her breath and smile, "Joe is the man that would end arguments with me by responding with nonsense phrases until I couldn't argue with him anymore."

"He is my partner and companion for eternity and I look forward to being reunited with him."

Kaylyn thanked the public for the support that she has gotten following her husband's death. There is a GoFundMe page that has been set up for Joseph Shinners' memorial funds and family, it can be found HERE.

Kaylyn's speech can be watched below (it starts at minute 55):