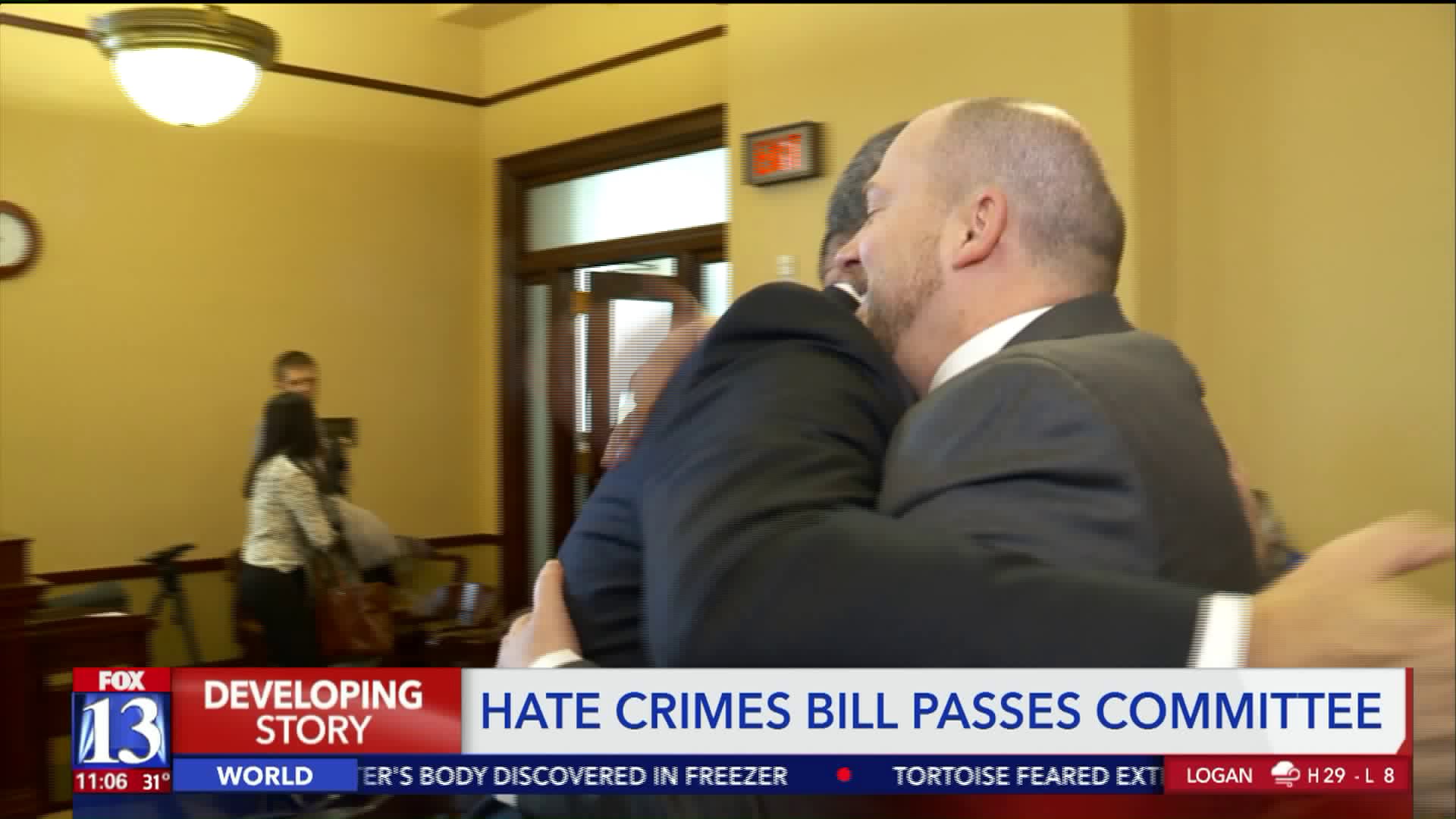 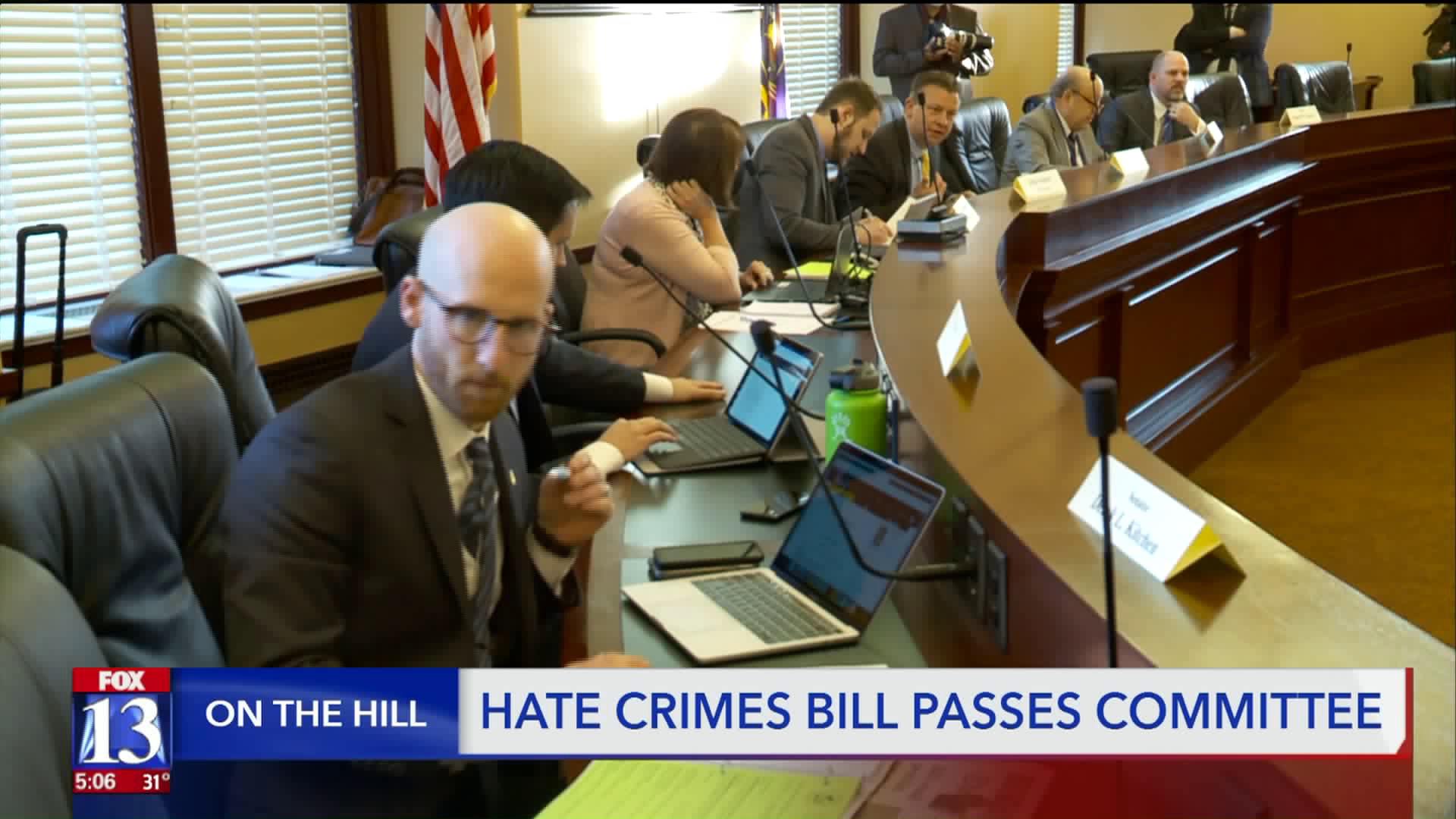 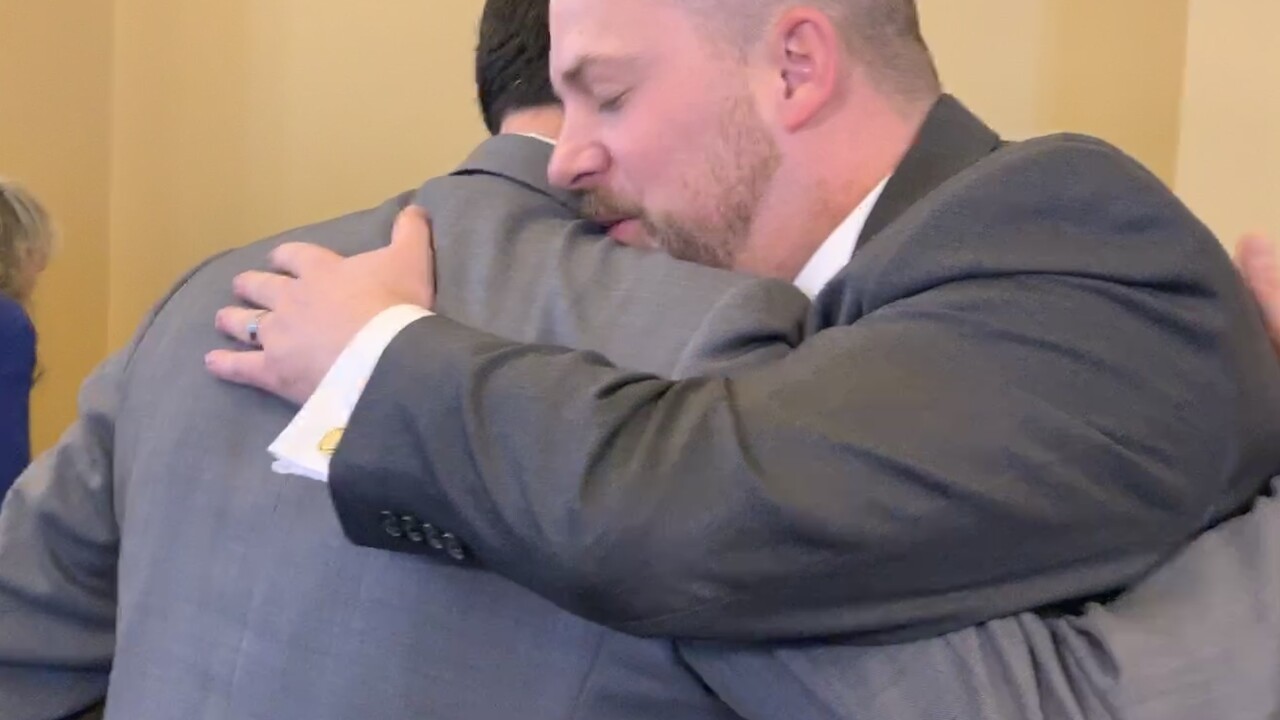 SALT LAKE CITY -- A bill to strengthen hate crime laws in Utah took a major step forward on Thursday when a controversial bill passed out of a Senate committee unanimously.

It came after more than an hour of sometimes emotional testimony for and against it.

Senate Bill 103, sponsored by Sen. Daniel Thatcher, R-West Valley City, would enhance penalties when people are targeted for a particular category like race, religion, gender, sexual orientation, disability or gender identity. On Thursday, Sen. Thatcher amended his bill to include a number of other categories including homelessness, matriculation, service in the military and law enforcement.

Those amendments were designed to sway lawmakers who might otherwise oppose the bill.

Debate over the bill included sometimes emotional statements from public officials on what it felt like to be a target of a crime because of who they are. Salt Lake County District Attorney Sim Gill spoke to the committee "as a person of color, an immigrant son, a member of the Sikh community."

He described an incident after 9/11 when he left court and three men drove by shouting: "Sand n----- go home or we will f---ing kill you!"

"I know what I felt at that point," he said, describing the fear.

"In our zeal to show our compassion, everyone has skipped over current law," he said.

But critics countered that current law is toothless and unenforceable. On Wednesday, federal prosecutors stepped in to level hate crime charges against a man who beat three Latino men at a Salt Lake City tire shop after police said state-level laws could not be brought.

Troy Williams, the director of Equality Utah, referenced a series of hate crimes against the LGBTQ community going back years. The most recent was this past weekend when a man said he was hit because he is gay. The incident was captured on video.

"There's this fear that goes through all of us: Am I next?" he said.

The Utah Eagle Forum's Gayle Ruzicka objected to the expanding list of protected classes and asked where she fit on there. She pointed out to the committee she's been the subject of many threats over the years for her conservative activism.

Rabbi Avremi Zippel urged the committee to pass the bill.

"Please pass this bill, allow people of any religion, of any color, of any sexual orientation... to walk proudly with their head held high," he said.

The bill had support from a number of religious organizations including the Evangelical Lutheran Church and the Catholic Diocese of Salt Lake City. The Church of Jesus Christ of Latter-day Saints, a powerful influence on Capitol Hill, previously told FOX 13 it would not oppose the bill, even with the inclusion of LGBTQ people in the protected categories (a past sticking point).

The bill has faced a rough road in the Utah State Legislature. For years, it was not considered. It got one hearing several years ago, but died. Last week, Sen. Thatcher told FOX 13 he feared the bill would stall. Then he managed to persuade Senate Republicans to give the bill a hearing.

After the hearing and the unanimous vote, Sen. Thatcher was hugged by supporters. He told reporters he believed it would be a close vote when the bill went to the Senate floor for debate.