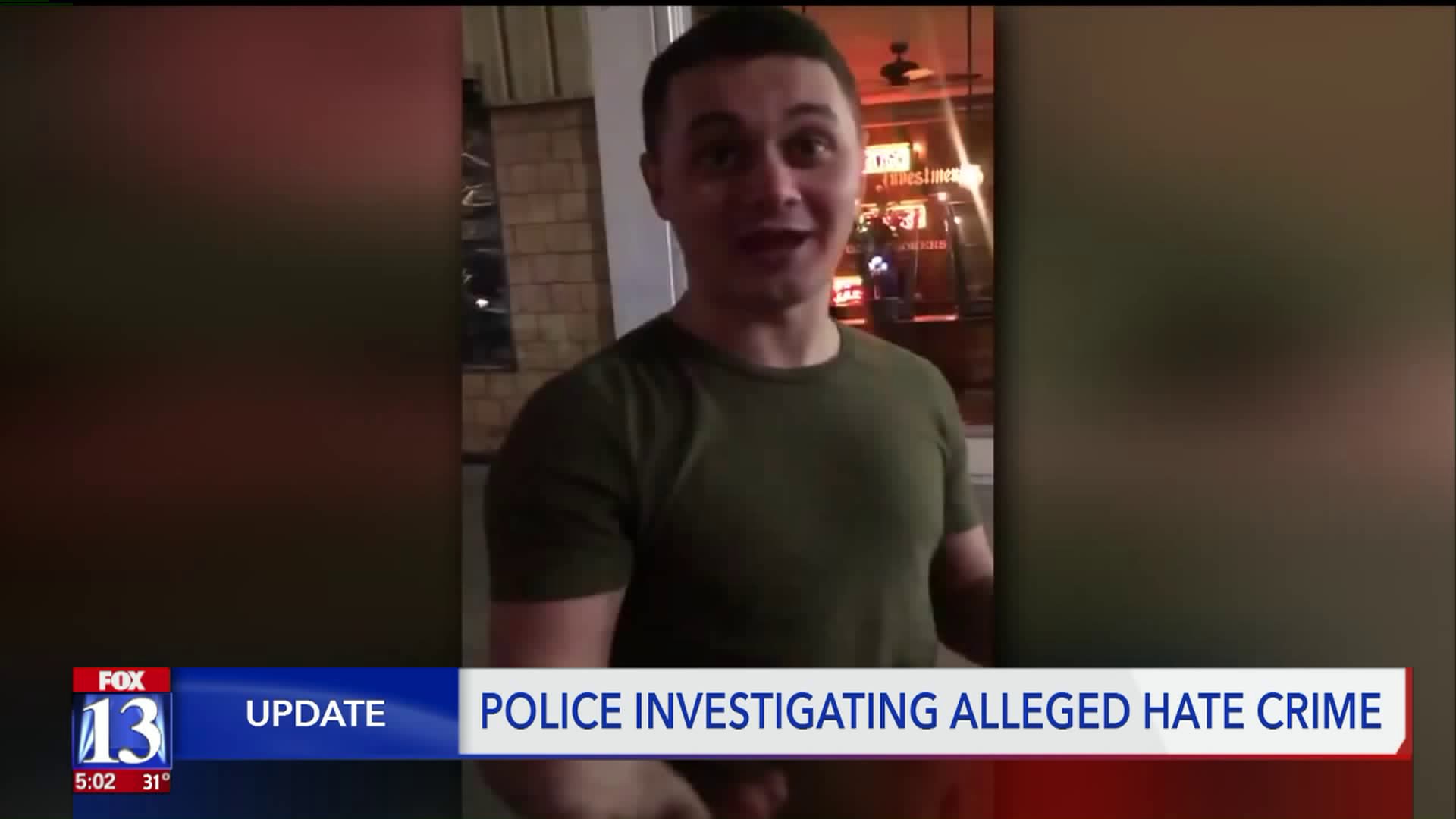 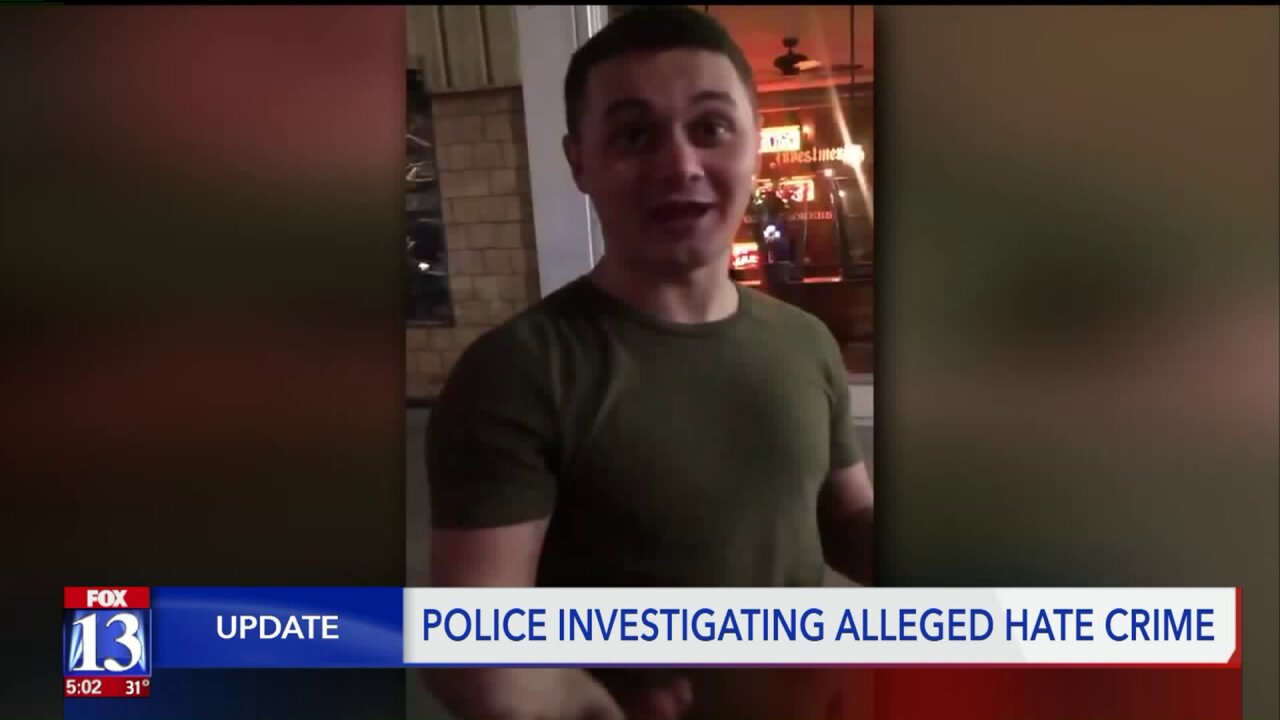 SALT LAKE CITY -- A Salt Lake City man victimized in an alleged hate crime assault outside a bar by another man early Sunday morning, said he’s in shock over what happened—part of which, is caught on video.

He’s now sharing his message about the alleged hate crime.

Salt Lake City Police are investigating the incident and said they’ve made contact with the suspect.

The video Sal Trejo posted on social media is less than 10 seconds, but it’s long enough to get a sense of what Trejo explained he experienced while standing on a downtown sidewalk.

Trejo and his friends were waiting for an Uber, he said, on the sidewalk in front of Bodega and Utah Book and Magazine around 1:45 a.m. Sunday when a man walked up while talking on the phone.

The person also made misogynistic comments to women in Trejo’s group, he indicated.

"We started recording, and we let him know we were recording," Trejo said, about what transpired next. “And he said, 'If you post this on social media, it will cause more harm to you than it will to me.'"

Trejo’s phone captured the interaction for the next several seconds.

"Are you gay though?" asks the man, who is no longer on the phone.

"Yeah, but you called me...." Trejo starts to say, but the man is seen swiping directly at Trejo, causing the phone to fall.

The man hit Trejo’s upper arm, Trejo said, but he felt the man was trying to aim for Trejo’s chin or chest.

He said it was in shock.

"I've never been physically assaulted for being gay," Trejo said.

After that, Trejo said his friend got up and told the man he needs to leave, and the man shoved her.

As Trejo and his friends called the police, he said the person pulled out a knife and continued saying homophobic slurs.

"He was holding the knife, and then he dropped it because he was so intoxicated. He couldn't even hold it," Trejo recounted.

After that, the man was seen getting into a vehicle and leaving. He said the man did a U-turn, drove against traffic and on the TRAX tracks before he drove away.

Trejo said he hopes that sharing what happened opens up important conversations about hate crimes and people’s rights.

"We want everybody to have a voice and be able to be who they are, and not experience physical harm or mental harm because of that," he said.

Salt Lake City Police haven’t released any information on the case or suspect, other than they’ve made contact with him and he’s, “cooperating fully with the #investigation.”