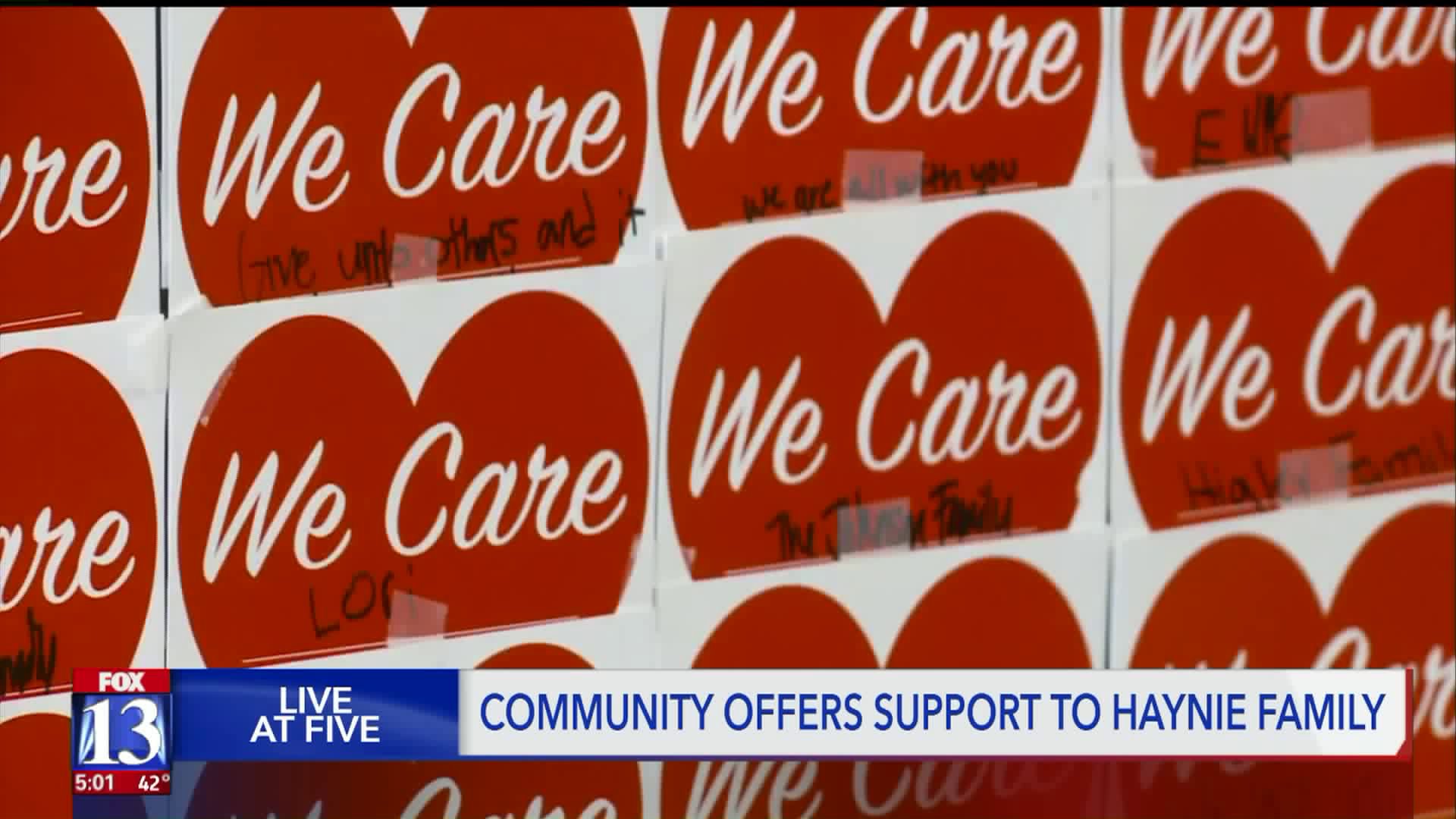 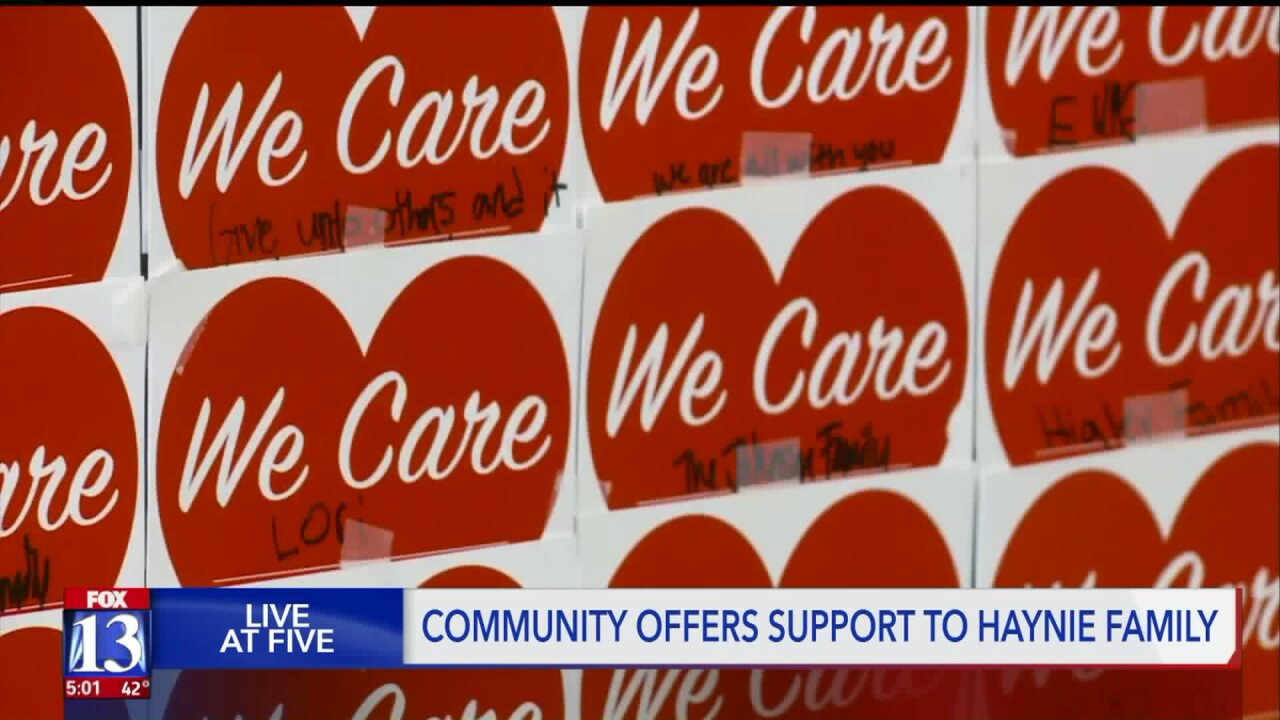 GRANTSVILLE, Utah — As you walk into Soelberg's Market in Grantsville, it is easy to tell this is a locally owned store. One woman in the checkout line dropped off a Christmas gift for a cashier, others are on a first-name basis with the customers.

Twice a year the store chooses a cause as part of the 'We Care' program. Tuesday, the store owners decided to start a fundraiser for the Haynie family.  The Tooele County Attorney said they have probable cause to believe 16-year-old Colin (CJ) Haynie killed his mother, two sisters and brother over the course of several hours. Colin is also accused of shooting his father in the leg. The father survived. The money being raised is to help the father, and older brother Danny Haynie, who did not live at home at the time of the shooting.

“They are connected to a lot of us here in the community," store director Jeanell Mouritsen said.

The store quickly became filled with hearts with well wishes, prayers and supporters names written on them. Each heart symbolizes a donation.

“I think it’s healing for them to see that they are actively engaged in trying to help this family recover because it is going to be a long road," Mouritsen said.

Related: Following death of four, community raises $60,000 in one day for Grantsville family

As each person checks out, they are asked if they would like to donate to the Haynie family. Person after person said 'yes' as they pulled out their wallets.

“Down here they are very giving," cashier Michelle Bruder said.

The news of this tragic crime has rocked the tight-knit Grantsville community.

“it’s very hard for me to process. Like it’s been devastating," MourItsen said. She knew the Haynie children.

The oldest Haynie sibling, Danny, who was not home at the time of the shooting, used to work at one of the Soelberg's Market locations, Mouritsen said.

“It's a way to reach out and let him know that we are here to help emotionally, financially," she said.

People can donate through Feb. 4 at either Soelberg's Market locations.