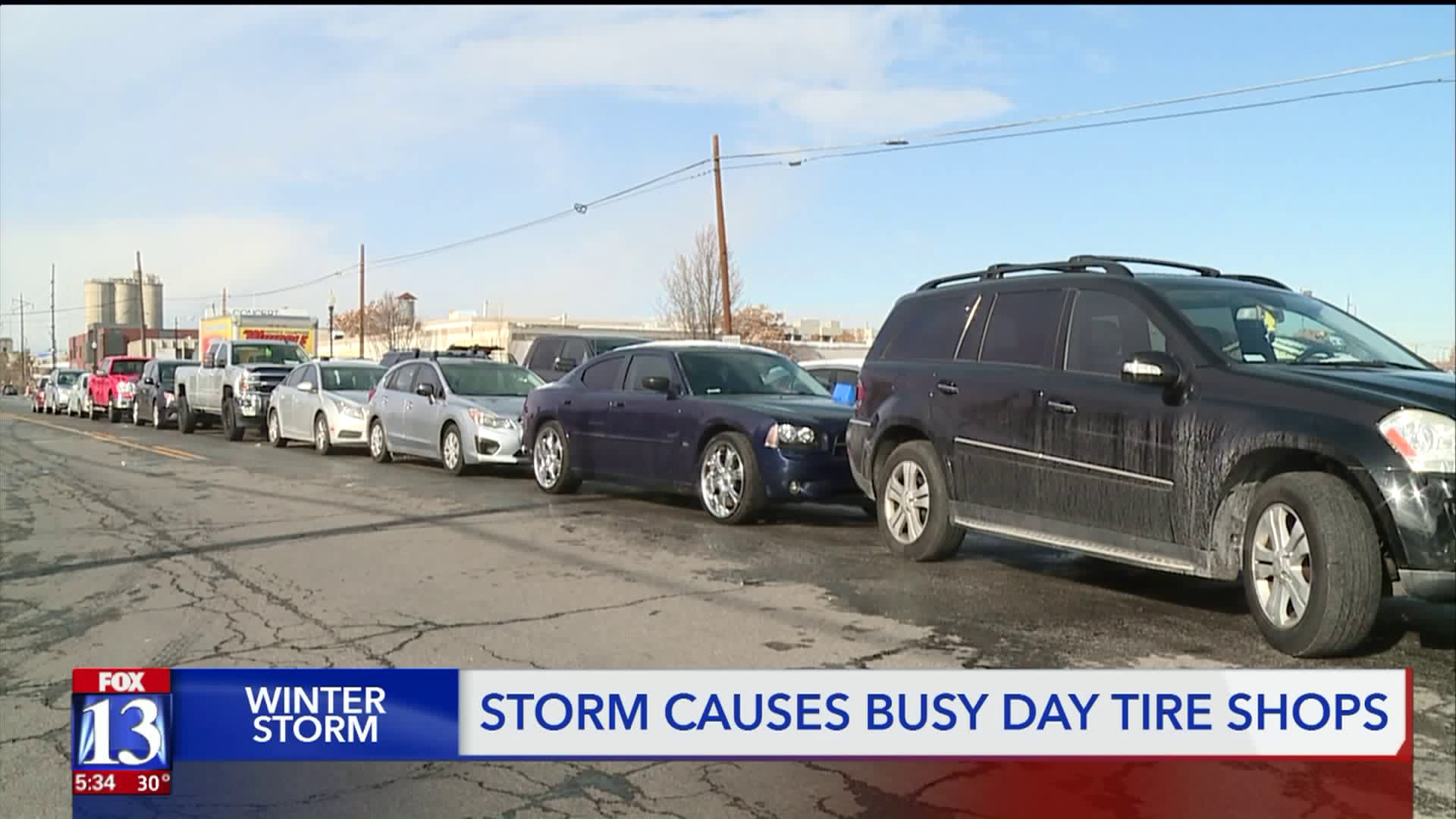 The snow is starting to pile up across Utah and it doesn`t look to be stopping, as more winter weather is in the forecast. 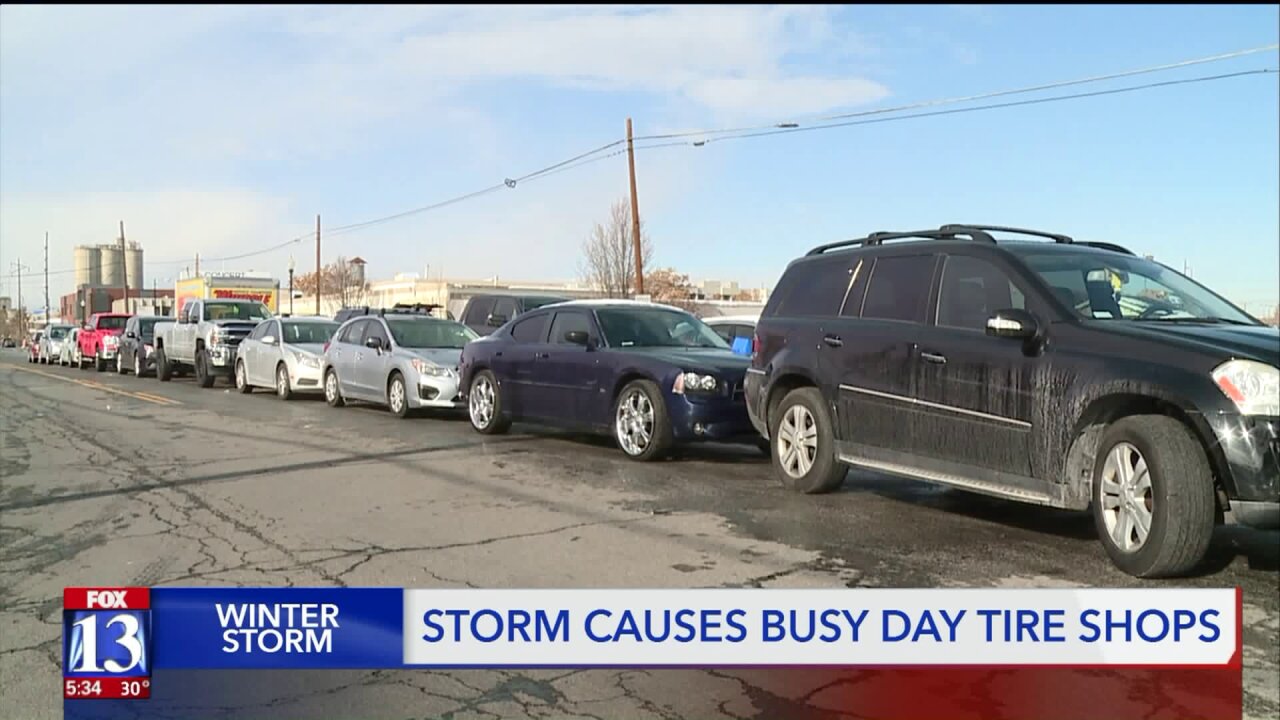 SALT LAKE CITY — The snow is starting to pile up across Utah and it doesn’t look to be stopping, as more winter weather is in the forecast. Utah Highway Patrol responded to about 300 crashes Monday as snow fell across the state.

Big-O Tires in downtown Salt Lake City was packed both Monday and Tuesday, with the line well into the closed-down street nearby. Most of the customers were looking for snow tires, according to co-manager Reese Carter.

“I don’t see us running out of snow tires, but we are running a couple of hours behind schedule,” he said.

Around noon Tuesday, the wait time was around five hours. A long wait was better than no tires at all for Park City resident Marilee Malpede.

“Park City is really backed up, we couldn’t get tires there until the end of December,” she said.

Most people were there because of the snow, Carter said, although Thanksgiving travel is also playing a part in the long line.

“Just everybody trying to get their snow tires on for safety, especially if they are traveling out of state or different parts of the state for Thanksgiving,” he said.

Click here to see the weather advisories in place for your area.

It doesn’t seem like anyone was ready for the snow this year, Malpede said.

“We were out of town and we came back and the storm kind of surprised us,” she said.

It may take a little while, but it’s a good time to get this checked off your list, Carter said.

“It is better just to get them on and just to be done so by the time the next storm hits you are prepared,” he said.