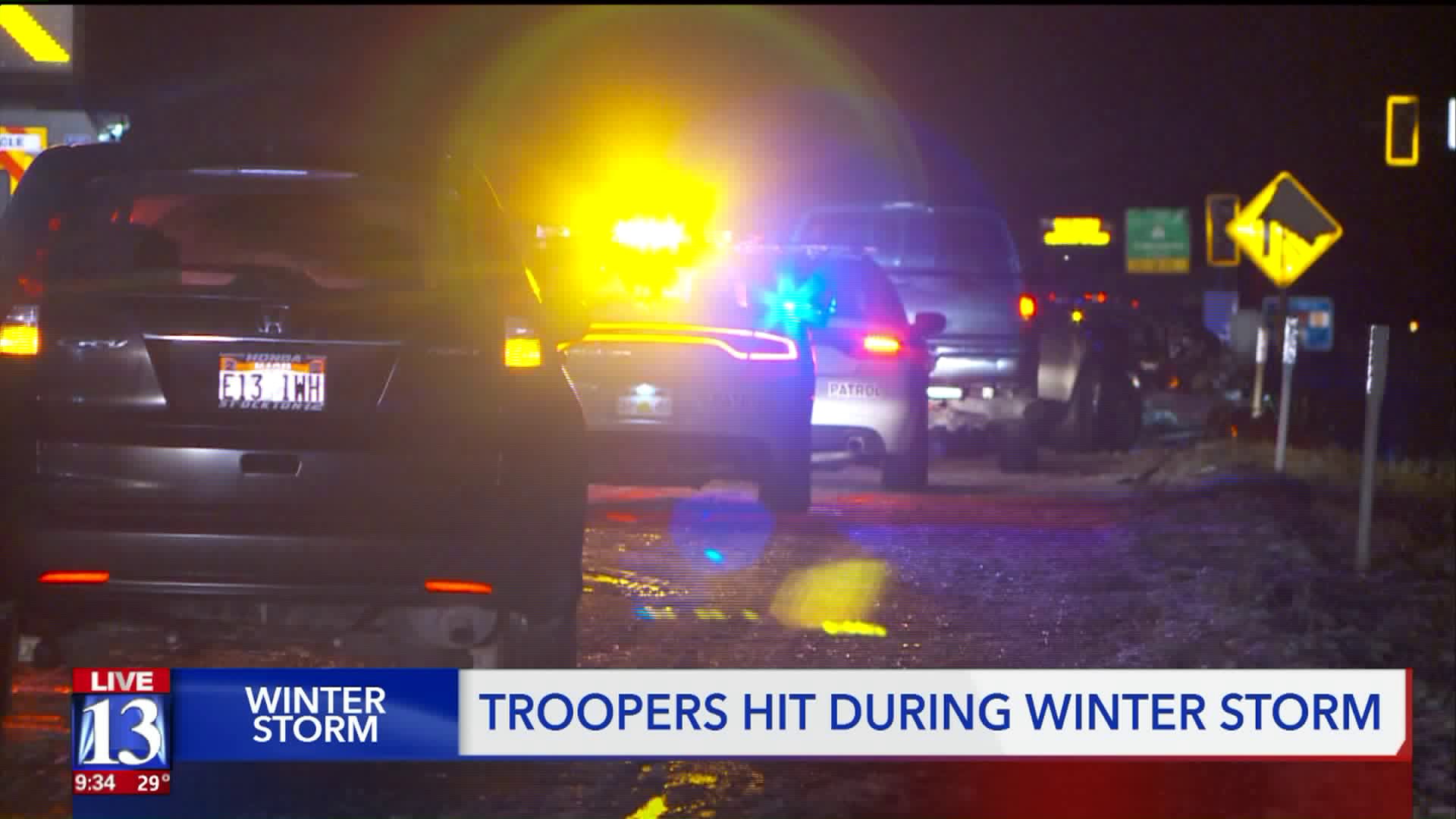 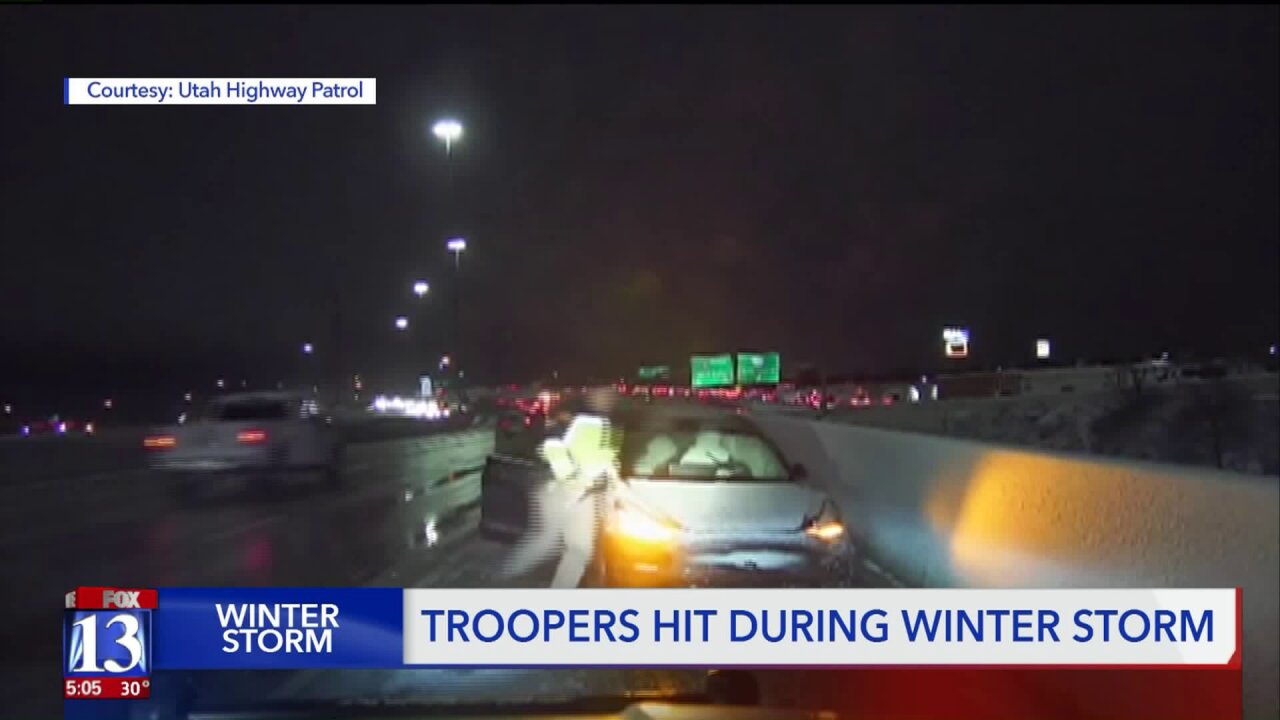 Drivers who lost control in the slippery conditions crashed into five patrol cars across the state.

Two turned out to be extremely close calls, that were too close for comfort — all in one night.

“He only missed me by a few feet,” Trooper Riley Rugg said, of how he had to run for his life to avoid getting hit by a car. It nearly ended in disaster for his SUV and other drivers on I-15.

“All I saw were the headlights disappear, and the car coming at me sideways,” Trooper Harrison Coy said, of what he experienced just down the freeway from Rugg.

Dash camera shows the bump after a driver hit Coy’s patrol car on I-15 in Draper, while he sat in the front seat.

A few seconds later, Coy got on the radio. “I just got hit,” he says calmly.

He gets out and helps the driver in the car who hit him because her car bounced back into traffic.

“She said that she was trying to brake, but her car wasn’t slowing down,” he said. “She obviously was traveling too fast.”

Coy was sent to the hospital with neck and back pain, but he’s thankful injuries weren’t worse.

On I-15 in Midvale, a Fox 13 crew had just finished a ride-along with Rugg. He said the very next crash he responded to less than 30 minutes later, ended with a car losing control and veering right toward him.

Dash camera and body camera videos show Rugg jumping on the wall at the side of the freeway just in time as the car hit his patrol SUV.

His cruiser? Not so lucky.

Drive carefully as another storm is expected to hit Utah tomorrow! pic.twitter.com/JmgfrzQ656

“I’ll be honest, there’s probably a few cuss words,” Rugg said of his reaction. “My adrenaline was pumping. I was a little scared.”

The crash somehow popped Rugg's patrol SUV into drive, and dashcam shows it heading into traffic across the lanes.

“It started to roll, and it went across all lanes of traffic on I-15 northbound,” he recounted. “It ended up hitting the left wall.”

Rugg pulled out his cell phone and pulled up the dashcam and bodycam videos.

“I’ve watched it several times,” he said, looking down at the ordeal on his phone. “It’s almost like it’s hard to believe that it happened.”

And even harder to believe that it’s happened to him twice.

“Over 4th of July weekend this year, I had a F-350 roll over top of my vehicle,” Rugg explained.

Dash camera from that incident doesn’t show a whole lot, but a huge crashing noise is heard, and the camera goes blank as the truck hits the car.

Footage shows his patrol vehicle was all but destroyed. Thankfully, he wasn’t inside it at that time, either.

“Please slow down, give us a lane,” he pleaded. “Give us some room to work in case there is an incident.”