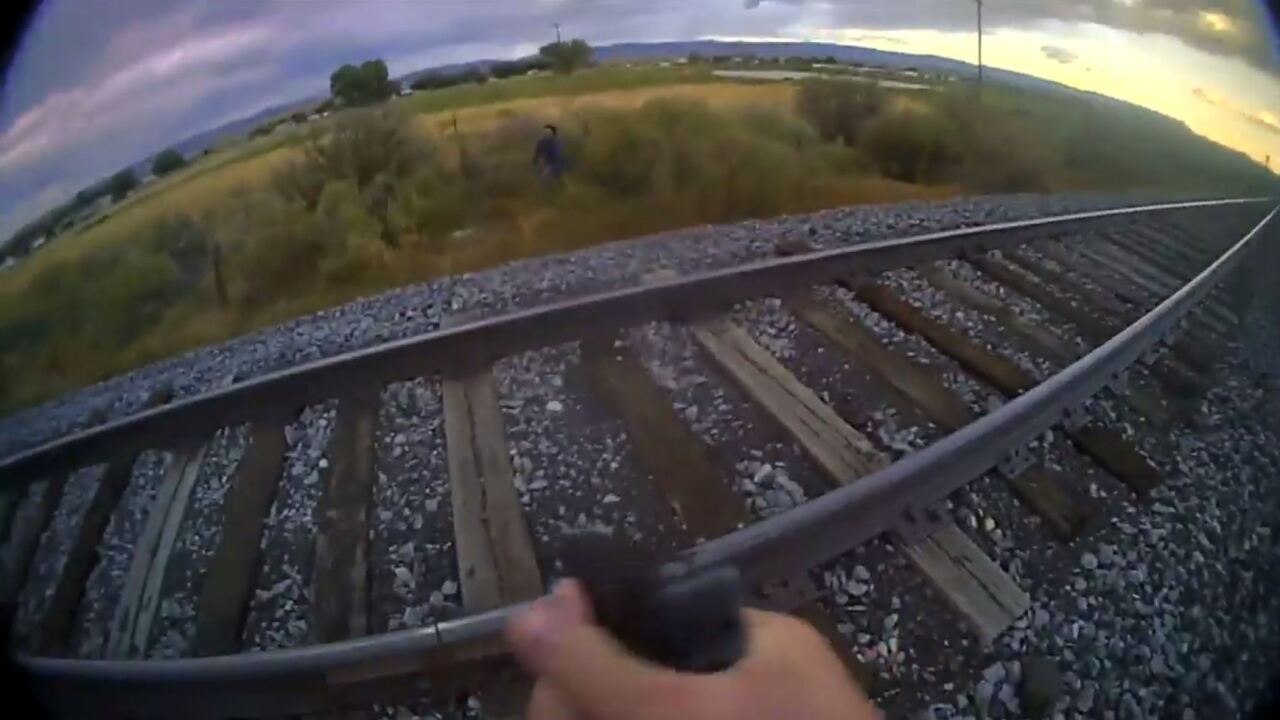 Warning: the above video contains graphic content including gun violence and strong language and may be disturbing to some viewers.

CARBON COUNTY, Utah — Officials have released footage of the body camera worn by a Wellington City Police reserve officer when he shot and killed a man last month.

Bobby Ray Duckworth, 26, was in a mental health crisis, his fiancé Sydney Fernandez said, and went out into a field with a knife wanting to be killed by police on Sep. 10.

The incident happened in Wellington near 900 East and Railroad Avenue.

The raw, unedited video shows the unidentified reserve officer get out of his car to speak with Duckworth. A set of railroad tracks and dense brush stand between the officer and the field where Duckworth stood. The officer tells Duckworth to put the knife down multiple times and tells him he wants to help. Duckworth begins walking toward the officer, who backs up. At one point, the officer points his gun at Duckworth and tells him to drop the knife or he would shoot him. Duckworth continues to advance, and at about 20 feet of distance between the two, the officer fires multiple shots that hit and killed the 26-year-old.

Carbon County Detective Wally Hendricks then walks viewers through the footage and recreates the scene.

According to a press release from the Carbon County Sheriff's Office, a multi-agency investigation was conducted into the incident beginning the same day.