Girlfriend speaks on man shot to death by Wellington officer 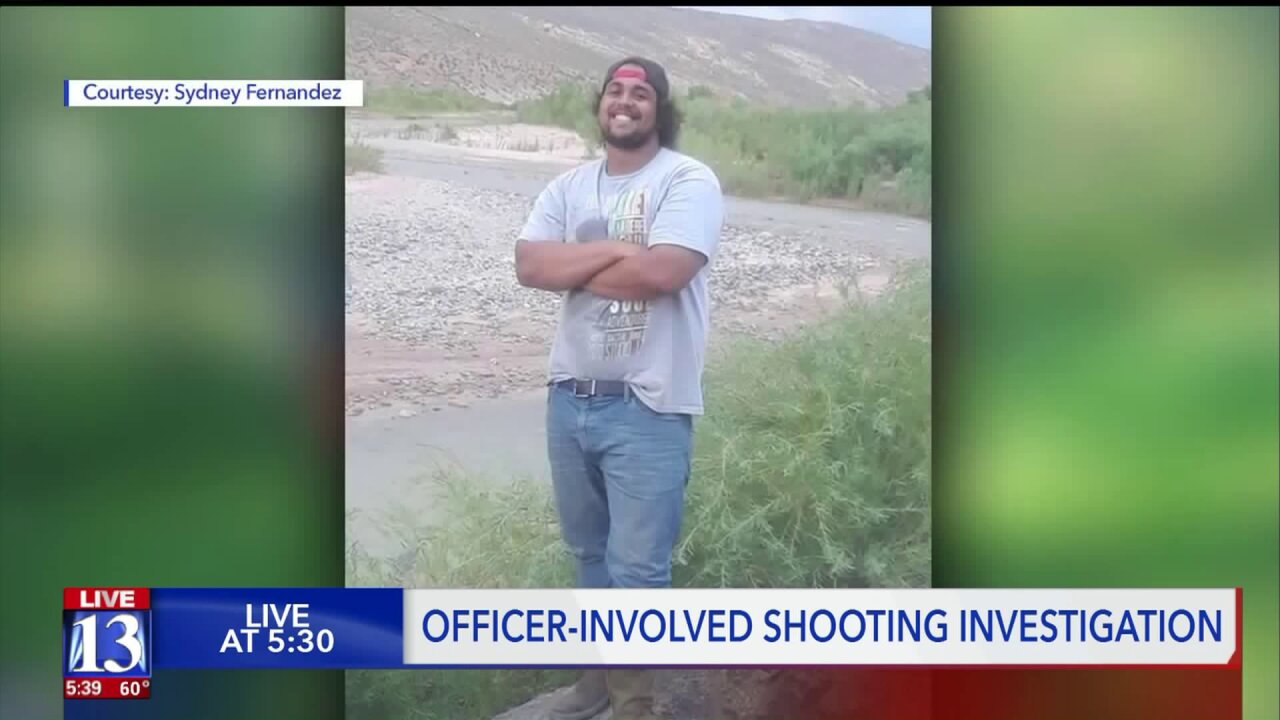 WELLINGTON, Utah — A 26-year-old man in a mental health crisis was killed by police in rural Carbon County Tuesday evening.

It happened in Wellington near 900 East and Railroad Avenue.

Bobby Duckworth was in a field with a knife wanting to be killed by police, his fiancé Sydney Fernandez said.

When she called 911 for help, she did not want him to die.

“He was an amazing person,” Fernandez said.

Fernandez admits Bobby struggled with depression and was bipolar.

The Wellington man was released from prison in February after being convicted of drug and assault charges. Hours before his death, he pleaded not guilty to another misdemeanor assault.

“He was extremely depressed this last week. It was just really bad. When he went to court and was told he had to go to the jailhouse to do his fingerprints, it set off his PTSD really bad,” Fernandez said.

Bobby spiraled after the court hearing, Sydney said. She tried wrestling a knife away from him. When he overpowered her, she had a family member call 911.

“He needed someone that was strong enough to help, not kill him,” Fernandez said.

Police won’t say what lead up to shooting in the field near Sydney’s home, just that the officer was alone and wearing a body camera when he was called to the scene.

“This is an unfortunate incident and our thoughts and prayers go out to every member of the families involved in this. It’s a tragedy and we are just trying to get through it,” Carbon County Sheriff Jeff Wood said.

Sydney said Bobby had the knife to his own throat when the Wellington officer fired his gun several times. Sydney says the officer was several yards away from Bobby when he was killed.

“My eyes were on him and I didn’t see any threats of any sort to anybody but himself,” Fernandez said.

The incident is being investigated by the Carbon County Sheriff’s Office and other nearby agencies.

The officer who fired the weapon is a reserve officer for Wellington, and is a full-time officer at a nearby agency, according to police. He is on paid administrative leave pending the investigation.