Preparing for ‘the big one’ in Utah 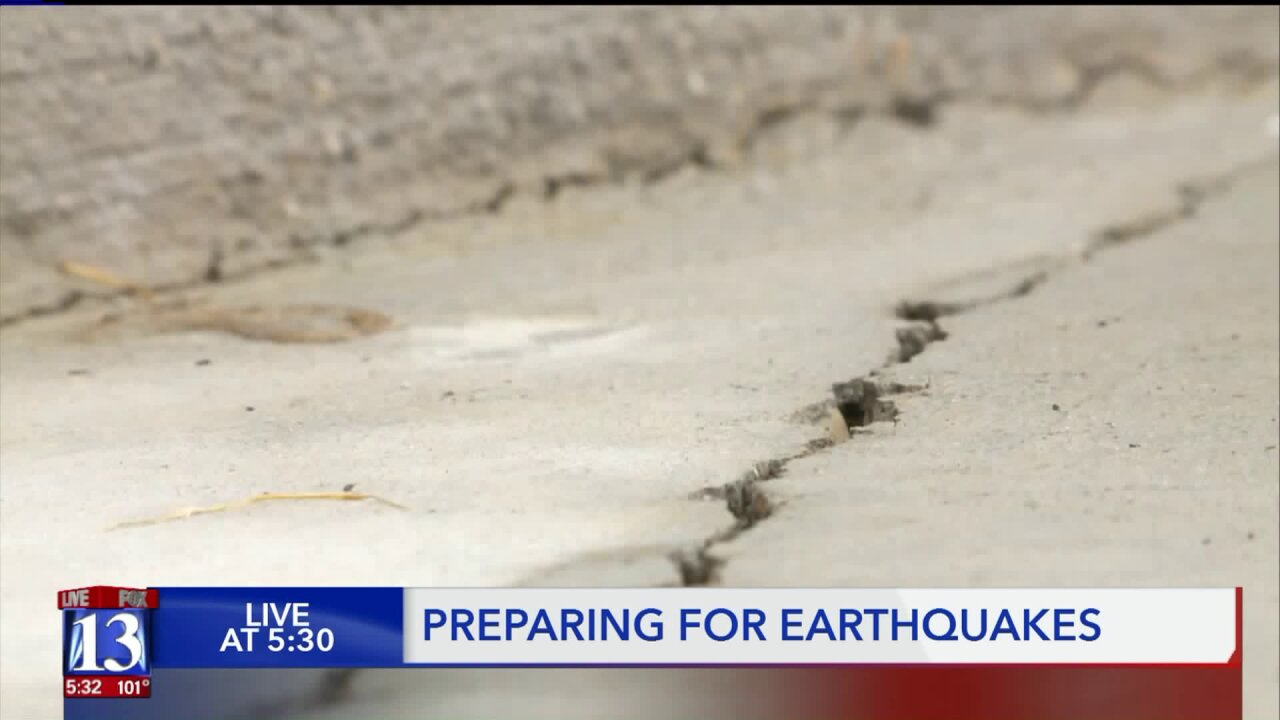 Utah has been gearing up for a big earthquake for decades.

Keith Koper, director of the University of Utah Seismograph Station, said the earthquakes that happened here earlier this year, along with the Los Angeles quake last week, have done nothing to relieve the stress building up along the Wasatch fault.

“We have geological evidence that earthquakes as large as the California earthquakes have happened here in Utah,” said Koper.

Fault lines typically run North to South, so aftershocks from California, west of Utah, are not likely to reach the state.

Instead, Koper said he is studying the magnitude 3.7 earthquake that shook Bluffdale earlier this year.

“The fault is like a tree that has branches and the Wasatch fault might be the trunk of the tree but then you have all of these branches coming off,” said Koper. “When you see a series of little earthquakes like this, you can locate them and we can identify new branches.”

Compared to a bowl of Jello, Koper said the sides represent Utah’s mountain ranges and the middle represents the valley. If you shake the bowl, the middle will be displaced more than anything else.

Areas near the Salt Lake City airport are the “middle of the bowl,” where loose and weak sediment would likely be turned over the most in an earthquake.

Though exempt from the brunt of the quake, the edges near the mountain ranges would feel the after effects — landslides, fires and flooding.

“There’s a lot of steep topography,” said Koper. “You can imagine I-80 being closed off by a landslide, how that would disrupt the whole economy going over from the west coast.”

Still, waiting for what they call “the Big One,” Koper said they’re working on reinforcing buildings across the state.

There are already 265 base isolators under the Capitol to lessen the impact of an earthquake down to 20-to-25 percent of what it would normally be.