Inland port protesters: ‘No reason for that level of violence’ 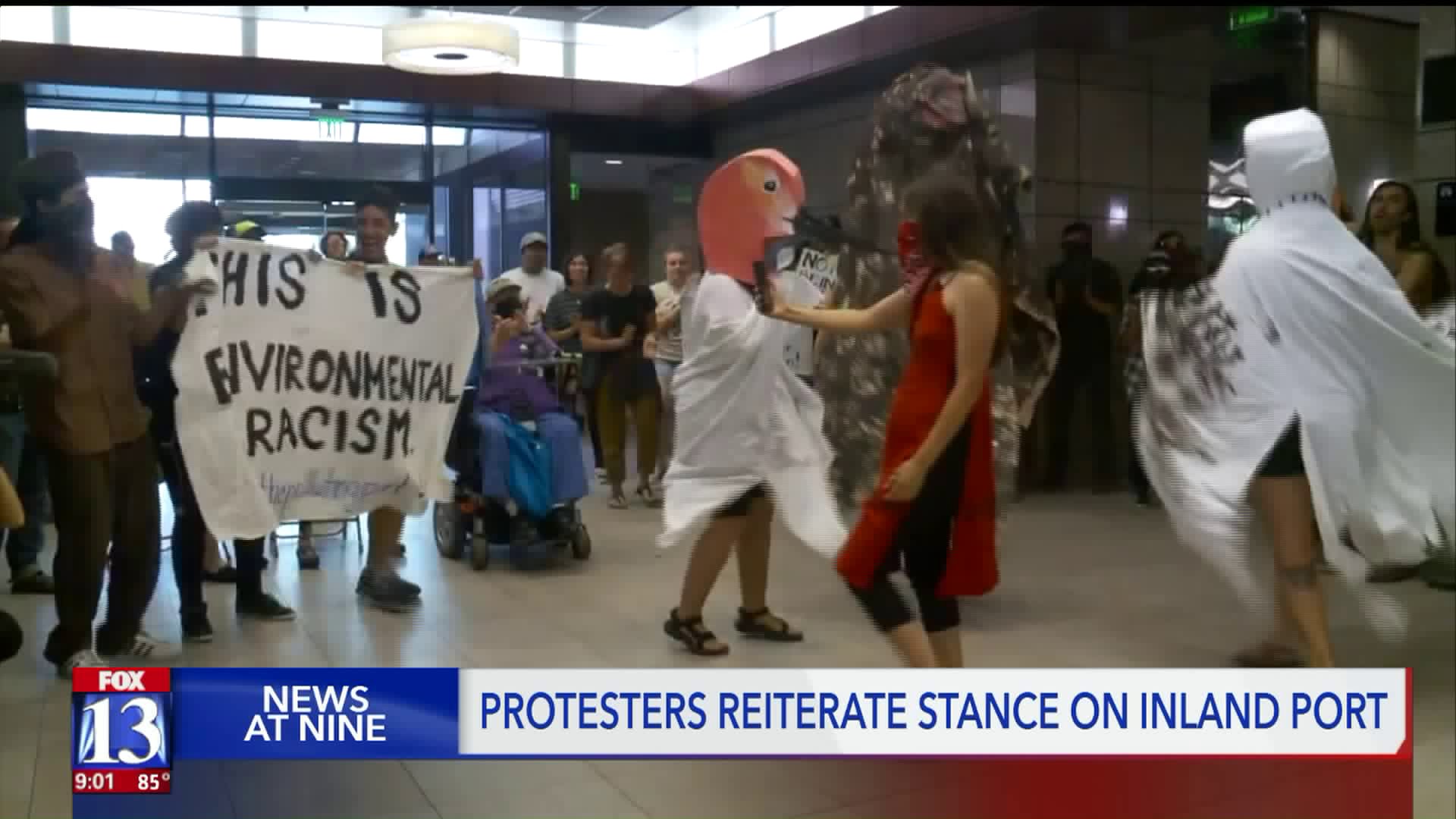 Protesters are saying the reason the situation here yesterday escalated the way it did, they believe, is all in how police handled it. 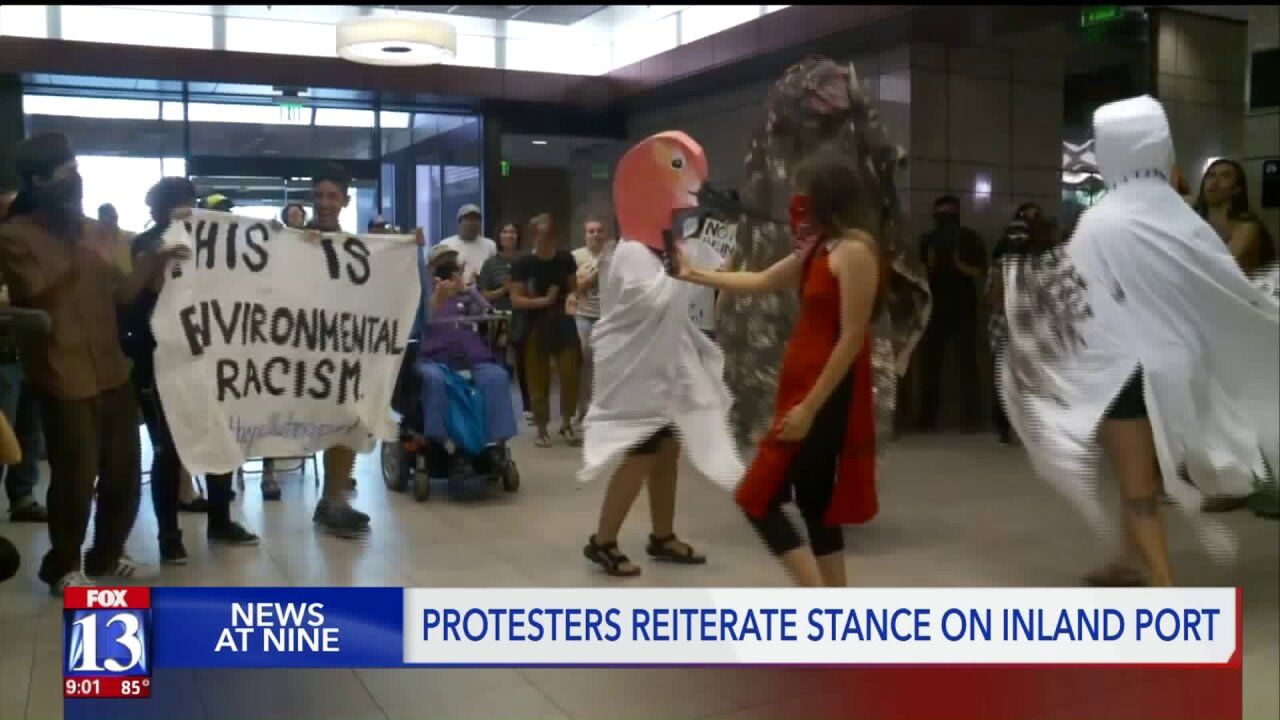 SALT LAKE CITY -- Organizers of a protest on the proposed inland port are pushing back against what city and state leaders are saying about Tuesday’s protest.

The event escalated at the Salt Lake Chamber of commerce building, leading to eight arrests.

Video of the protest shows a struggle between people and police, as police push and protesters shout.

“For the Governor to say that I think is extremely irresponsible, and a total mischaracterization,” said Natascha Deininger, a community organizer who helped put the protest together.

She and organizer Anco Nahuel said that they occupied space in the lobby and office of the Salt Lake Chamber of Commerce.

Nahuel acknowledged it was disruptive.

But they stressed, they stayed peaceful as they sent their message and voiced concerns about the impact of the proposed inland port project.

They both said concerns include environmental impacts and impacts on people, particularly minority communities and communities on the west side near the proposed port site.

“It was led by indigenous, black and brown people,” Nahuel said. “We had dancing from our ancestors, we had singing, we had chants.”

“The police instigated this. There was no warning,” Nahuel said.

He and Deininger said they witnessed people being punched, thrown, and trampled on.

“It just got extremely escalated,” Deininger said. “People were then attempting to defend themselves and defend their friends from being punched, from being wrestled to the ground.”

Videos show police pushing and shoving protesters as officers attempt to corral people and force them out of the front doors.

“There was no reason for that level of violence,” said Psarah Johnson, chair of the Disabled Rights Action Committee.

Johnson, who is disabled, indicated she felt there was a better way to verbally deescalate and escort people out of the building.

“I was thrown to the ground twice,” she said. “I had an officer grab me by the neck as I was trying to exit the facility.”

Cell phone video shows an officer with his hands on the back of Johnson’s neck, as he moves her and the crowd toward the front door.

In the video, a woman yells, “Police brutality!”

Salt Lake City Police were quick to talk about the protest Tuesday, saying they responded and used force to keep people safe. They said the protesters disrupted business in the building and wouldn’t leave when told repeatedly.

In video taken by Fox 13, officers on the 6th floor of the building in the Salt Lake Chamber of Commerce officers tell a group of protesters they’ve let the protesters be there for 15 minutes.

“You guys have done your thing, you've been here, the floor is cleared out,” and officer says. “There's no reason to go to jail for this. And we're trying to be cool, give you guys a chance.”

After that, the arrested started.

“There's going to have to be some kind of physical measures taken, and we're using the lowest level possible,” Detective Greg Wilking said.

Organizers said they never intended for the chaos—for the arrests, the police presence and the injuries. Nahuel said they didn’t riot.

They said they just wanted to be heard.

“None of that was planned,” Nahuel said. “Because this was a peaceful protest.”