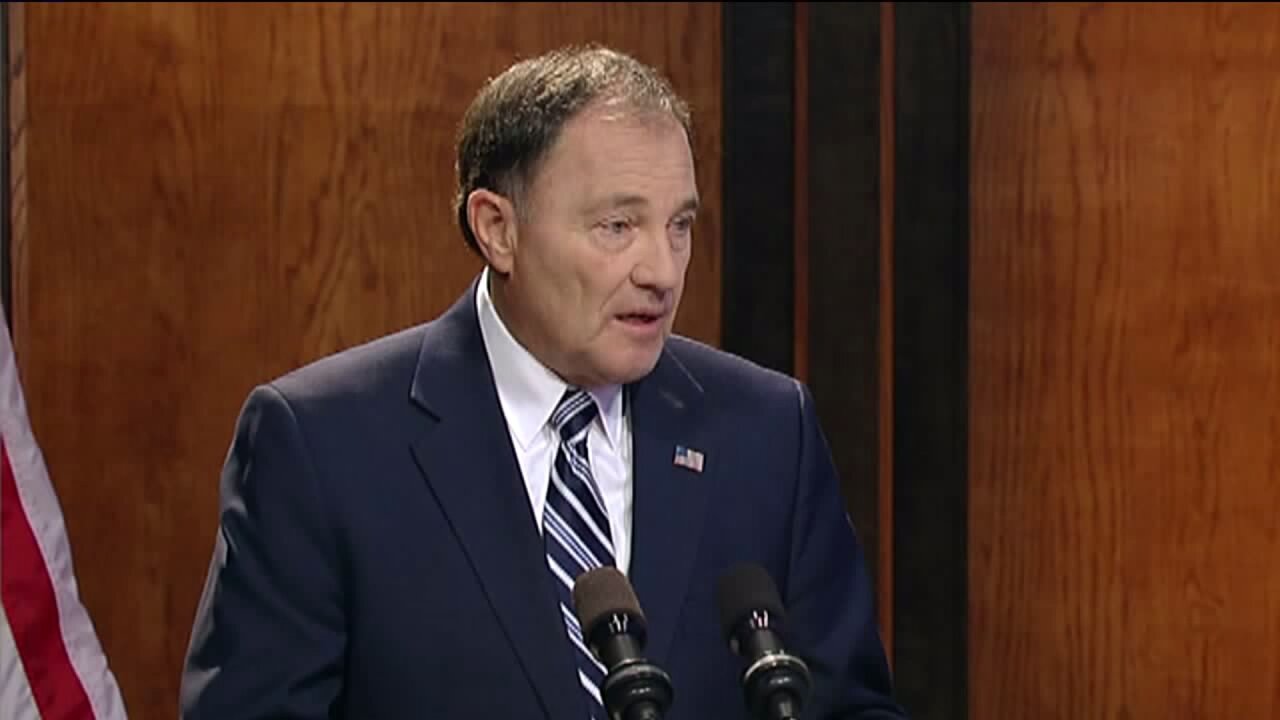 “Anti-Inland Port activists went way beyond the pale today when they stormed the Chamber of Commerce Building, attacked journalists, and terrified workers at the chamber,” Herbert said in a written statement.

The demonstration began outside the Salt Lake City and County Building, migrated to the steps of the Salt Lake Chamber nearby, then inside the chamber. A heavy police response was called in to prevent the demonstrators from entering past the lobby, eventually leading to everyone being physically forced out and multiple arrests.

“This was more than just a protest; this was borderline terrorism,” Herbert continued. “This was bullying, intimidation, and violence, and will not be tolerated.”

Herbert then called upon all elected officials, “people of good will and character,” and all candidates for Salt Lake City mayor to condemn the protests as well, “in the strongest terms.”

All mayoral candidates have said they will continue pursuing a lawsuit filed by current Mayor Jackie Biskupski over the Inland Port.

The inland port is a massive import-export center being planned for Salt Lake City’s west side. It would bring in goods from the coast, bypassing customs, to be distributed across the region.

The controversial plan would take up a third of the city, and opponents are concerned about the effects it would have on the environment, particularly the air quality along the Wasatch Front.