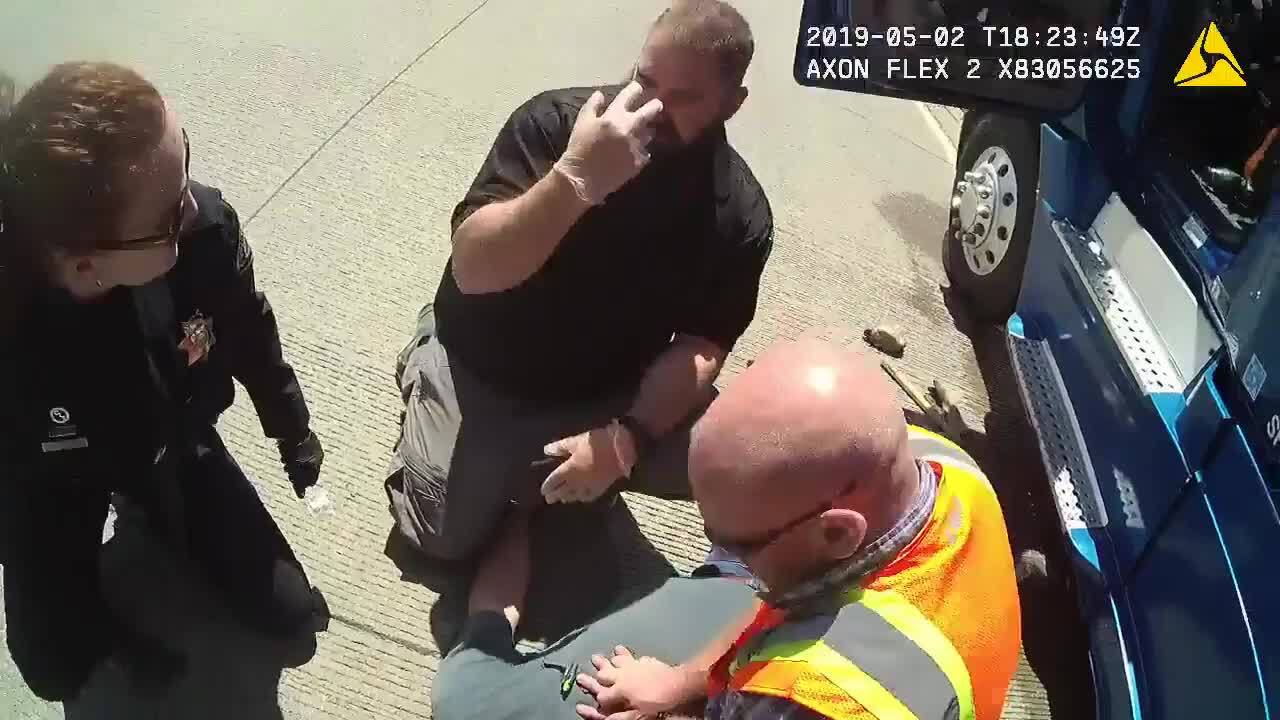 SOUTH SALT LAKE CITY, Utah – Two Provo Police officers were heading back to Utah County after a memorial service honoring the late Master Officer Joseph Shinner in Salt Lake City when they approached a wall of traffic near 2100 South.

According to Provo Police, Master Officers Ken Newell and Robyn Newell noticed an accident had just happened, so they pulled up and saw the driver of a semitruck, unconscious and not breathing.

In the video, they respond by immediately beginning CPR, along with good Samaritan Justin Letizia; Utah Highway Patrol Sgt. David Moreno said it might have actually saved his life.

"Every day, officers all over the United States respond to similar accidents while on shift," Provo Police said in a tweet. "Ken and Robyn Newell were outside of Provo City but still chose to act and help a citizen in need while the driver of the semi-truck was in his 'crucible moment.' We applaud their heroism."

Police said the truck driver is now in stable condition.
Copyright 2020 Scripps Media, Inc. All rights reserved. This material may not be published, broadcast, rewritten, or redistributed.