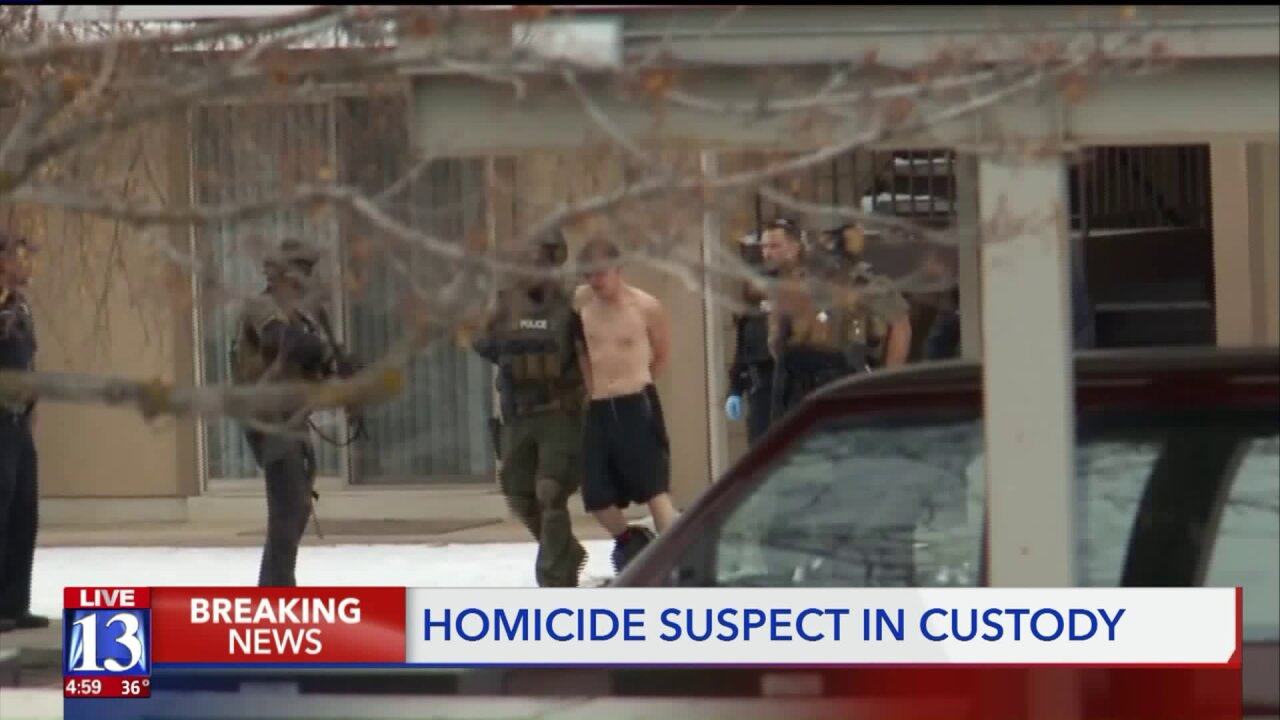 Update: Police have confirmed that they are searching for a second suspect in the homicide that occurred in Ogden Monday.

Additional information on the second suspect was not given at the time of this report.

LAYTON, Utah -- Police say that a homicide suspect is in custody who allegedly killed a man, and critically injured another Monday.

Police said it is believed that 23-year-old Theron Farmer is responsible for the shooting and that he knew the victims.

Police set containment set up near 200 N. Fairfield Rd. in Layton, and arrested Farmer, leading him out of an apartment.

Suspect Theron Farmer has been taken into custody and Ogden PD will continue to work the case. pic.twitter.com/rPqW759LeF