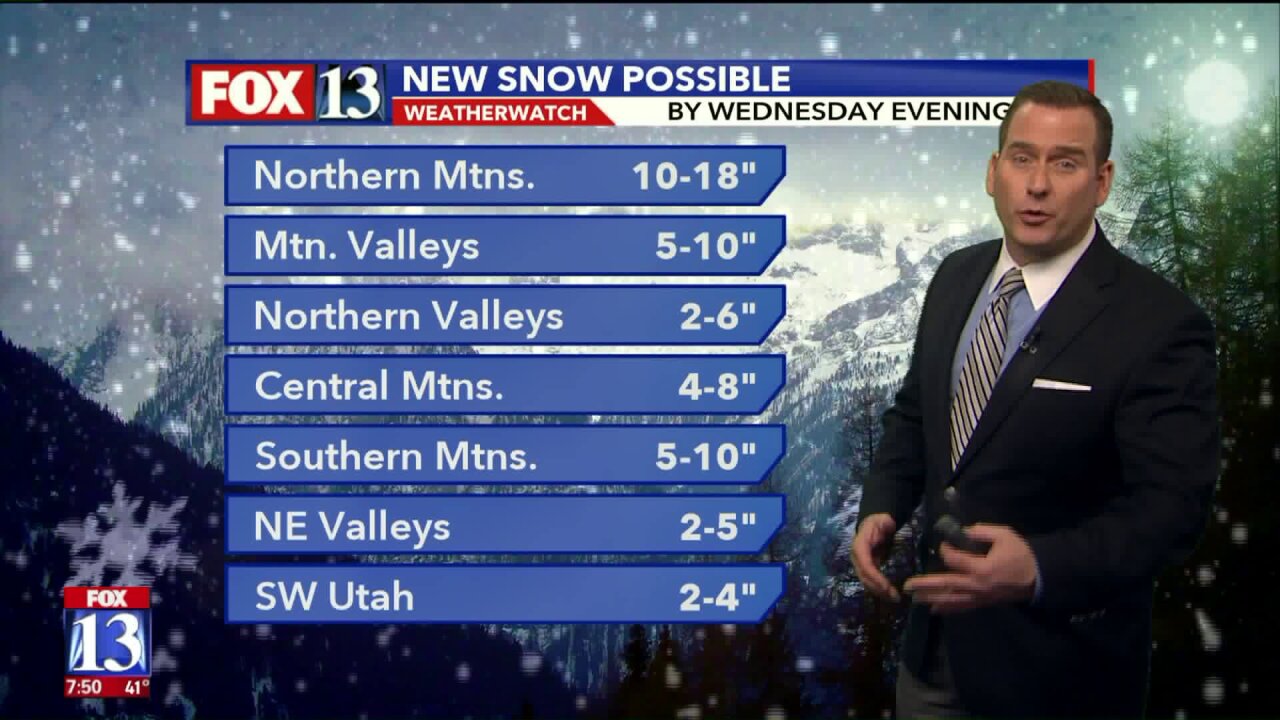 SALT LAKE CITY -- Officials are warning Utahns about adverse travel conditions as a snowstorm expected to hit Utah moves into the state.

The Utah Department of Transportation said Monday that statewide valley and mountain snow will arrive Tuesday in the afternoon and could last until Thursday morning. Advisories are in effect for both northern and southern Utah.

Tuesday morning has brought precipitation to much of Utah, with scattered showers in the lower elevations and snow in other areas.

About 15 semis spun out near Cedar City due to high speeds and winter conditions, prompting a closure of northbound I-15 in the area.

WEATHER ALERT: Winter Weather Advisories have been issued for northern & Utah including the Wasatch Front beginning Tuesday at noon. The Wasatch mountains are under a Winter Storm Warning beginning today at 5pm. #utwx pic.twitter.com/rkxMfitK73

Roads in the Salt Lake City area down to Nephi along I-15 may have periods where snow is on the road, UDOT said.

Estimates for total snow accumulations through Wednesday night are below:

Forecasts stated that it would get colder in Utah as the storm approaches.

A winter storm warning is in effect for multiple areas including Salt Lake County and Utah County and will remain in effect until 6 p.m. Wednesday. For more information on weather warnings and affected areas, click here.

How much snow can you expect?

We have created a video briefing providing details about the upcoming storm:https://t.co/pY42kfxoVh