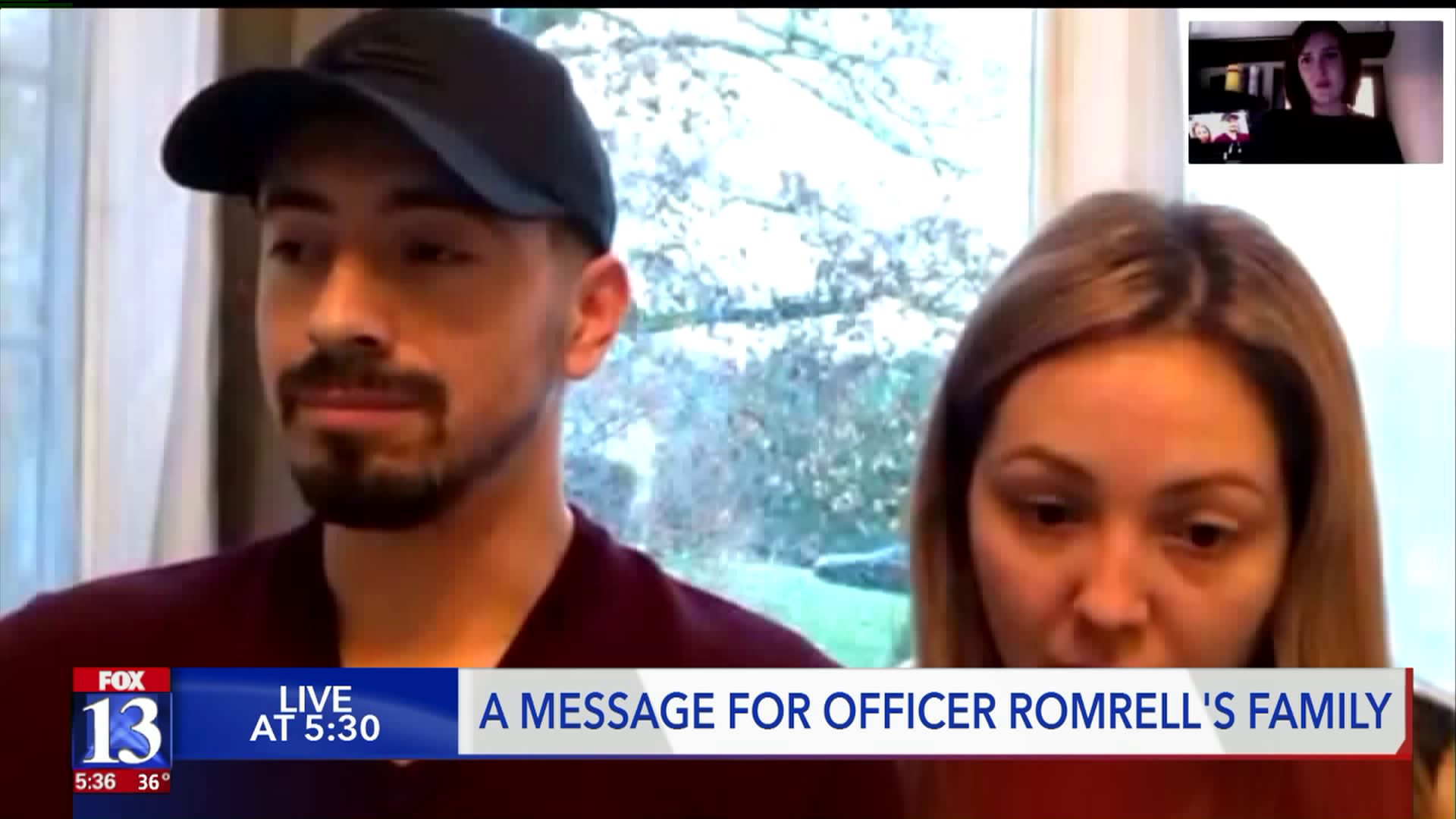 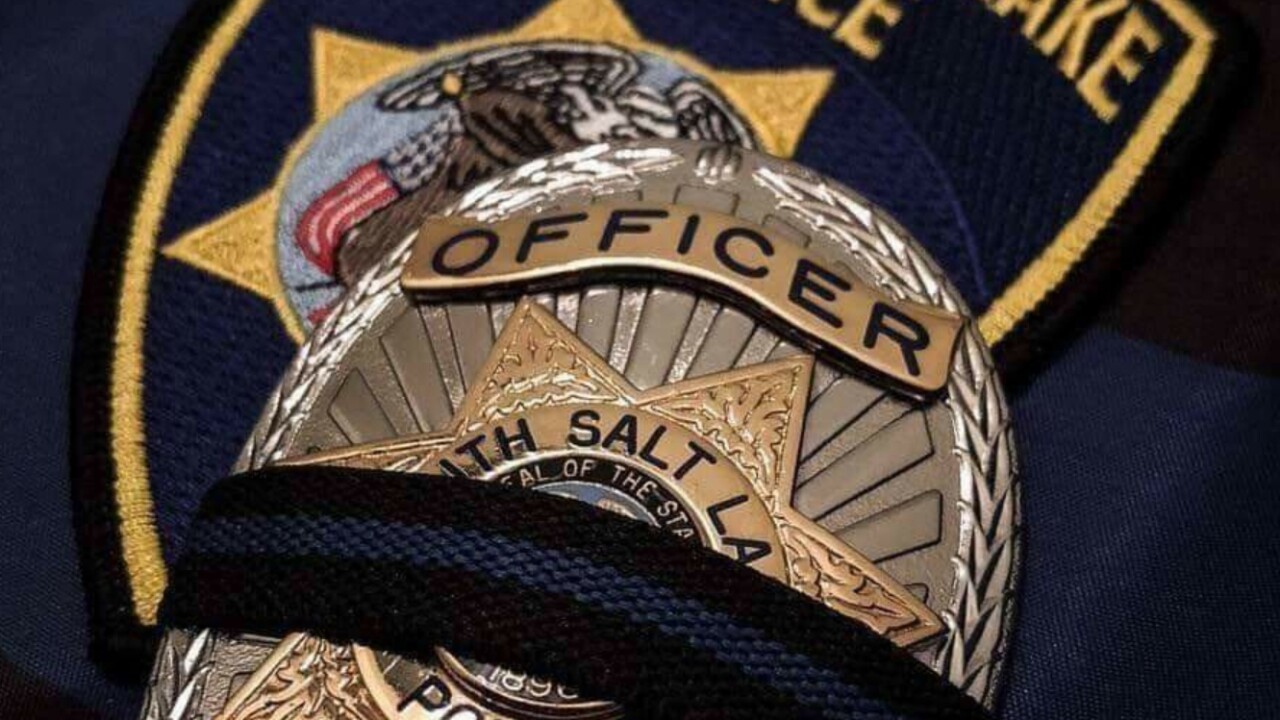 SOUTH SALT LAKE, Utah -- Family members of Felix Anthony Calata, who ran over and killed Officer David Romrell with the South Salt Lake Police Department Saturday, are sharing what compelled them to write a letter to Romrell's wife expressing their sympathy and condolences following his death.

Calata was shot dead after police say he ran over Romrell, who was responding to a burglary call.

Ex-wife Sonia Lopez and ex-brother-in-law Manuel Lopez said Calata had been in a downward spiral for the past few years, which included drug use. While he was a loving father and partner, Sonia said around a year ago she had to leave Calata after more than a decade together.

"I couldn’t do it anymore, with the kids," she said. She moved to Texas with their now 10-year old and 6-year old children.

Around 4 a.m. Eastern time Sunday, Sonia said Calata's mother called her with news of Calata's death. The whole family had just celebrated Thanksgiving together in New York. Sonia said she collapsed upon hearing he was gone. Then, she'd learn about Officer Romrell. Manuel and Sonia said the family fell into silence, and began to pray.

"I had no clue it was going to spiral out of control like this, or that I was going to be living this nightmare," she said.

She said they were devastated. The family began to learn more about Officer Romrell and his life-- including the fact that he leaves behind a wife and 4-month old baby.

Manual realized he and Officer Romrell share similarities and a unique brotherhood. Manuel served four years in the Marine Corps. He is a veteran just like Romrell was.

"It’s a connection we all share when we wear the uniform and it’s, it's a bond," he said. "I wanted to make sure that his wife understood that, we, that I felt..."

As Manuel trailed off, Sonia continued, "That we get it. That we felt their pain."

With that in mind, the entire family got together to write that letter to Mrs. Romrell. Manuel and Sonia's sister Claudia Lopez helped write the words and sentiments, and they indicated that they all decided on the message together.

"We are very profoundly sorry for the family, for Romrell’s family and their loss," Sonia said. She said she also wanted to help turn some of the negativity around about Felix, especially for the sake of his two innocent children.

Calata was a good human being, she said, someone who got lost in drugs, leading to what unfolded. They offered a message to the community, and anyone affected by addiction.

"We hope people realize that, maybe someone who is in his situation will wake up, get that wake-up call-- 'Maybe I need to change my life, because if not this is what it could lead to,'" she said.

The family's letter can be read below:

"An open letter to Mrs. Romrell, from the ex brother and sister in law of the man who killed your husband.

"Thanksgiving weekend was winding down for us like most families’. We were together as a family, nieces, nephews, siblings and in-laws! With A lot of laughs, new memories and bellies full of turkey, thanksgiving 2018 was a good time.

"Saturday night we went to bed just as any other night, when suddenly the shrieks, screams and cries of our sister tore through our peaceful home. 'Felix, is dead!' She screamed! We didn’t know the details yet of what had happened but we knew Felix, had been on a downward spiral for a long time now. We knew he wasn’t the same person who started dating my sister, 12 years ago who was romantic and funny.

"After many run ins with the law and let downs, my sister decided to leave her husband and take their two children away to Texas so they’d be safe. She hasn’t heard from him in months and when she got that phone call in the middle of the night her heart broke for her children, Only 6 and 10 years old.

"In contrast, soon after we heard about your husband. A good man who has served his country. Who was badly injured and fighting for his life. Immediately, our whole family’s energy focused on your husband and your family. We prayed for his life. That God may spare him from this senseless act. It was to no avail and your husband, a man who had a brand new baby at home, Who, went into work that day just as he did any other day, never came back.

"My name is Manuel Alejandro Lopez and David Romrell is my brother in arms. I, too am a marine veteran and it hurt me to see a brother fall in such a way. Without meaning to politicize this ordeal, we want to reach out and let you know, we are with you. We know what Felix, did was inexcusable. His mental illness took over and we never got him back. Felix’s, kids are here in the room as I write this and they are also, innocent lives that have forever been changed. We want you and your baby to know, our sister and our family will make sure to raise them, knowing that your husband, was the “good guy!” Your husband, died a HERO! Our niece and nephew don’t have to know the horrendous things their father has done but they WILL honor your husband.

"We are all heartbroken by this and we are hurting too. If there is anything you may need from us to help you find peace, please reach out. Your precious baby doesn’t deserve to be left without a father. We are very sorry for your loss.

"As this Thanksgiving weekend wraps up, we hope everyone remains thankful for their families, for our police force and our military!