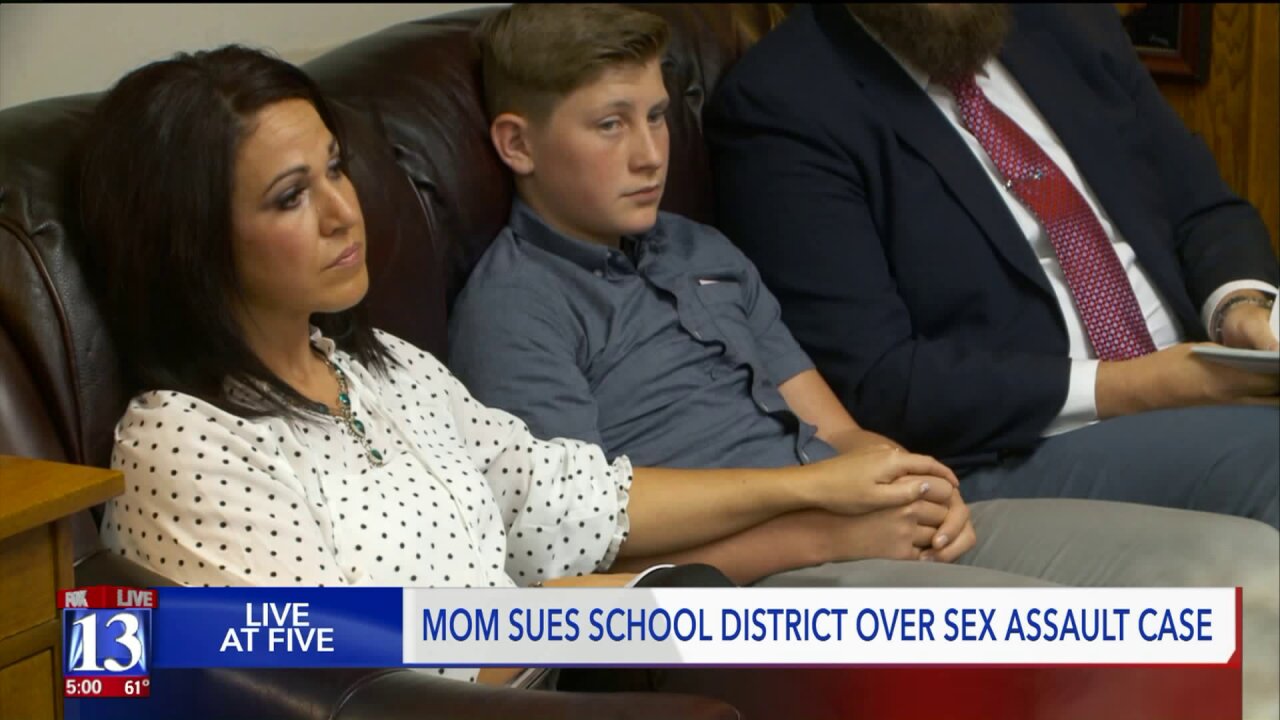 SANPETE COUNTY, Utah -- A lawsuit has been filed against South Sanpete School District alleging they fostered an environment that allowed a teenage boy to be sexually assaulted and then bullied by his attackers afterward.

The lawsuit stems from a sexual abuse case involving students at Gunnison High School. Cox said her son was assaulted by an older boy after football practice.

“Two boys held him down, a third boy pulled his own pants down and rubbed his backside and genitalia all over my son’s face,” Cox told Fox 13 October 1.

The boy in question was charged with six counts of object rape and five counts of forcible sex abuse.

The draft of the lawsuit claims filed by Sykes states there is a "pervasive and extensive history of student-on-student sexual assault in Gunnison schools, which was known to Defendants for two years prior to the assault on Child Doe" and that these assaults were allowed to continue.

The defendants categorized the assault as "normal 'horseplay' between boys" or a form of acceptable hazing, the lawsuit states. The lawsuit further states the accused boys were suspended from school for three days but were still allowed to attend football practice during the suspension.

The lawsuit further claims school officials did not stop the boys from calling the alleged victim a "Snitch B----" in front of other students at football practice or from further harassing him for reporting the assault.

After the initial complaint was made, county attorneys said additional victims have come forward with similar stories.

Three juveniles charged in connection with the alleged assaults have submitted denials, the equivalent of a not guilty plea, in court.

The draft of the lawsuit indicates they are seeking compensatory damages for the assault, the deprivation of equal educational opportunities, and emotional pain and suffering both past and present.

The lawsuit draft also seeks punitive damages, and injunctive relief that will require the defendants to comply with Title IX and the Equal Protection Clause.