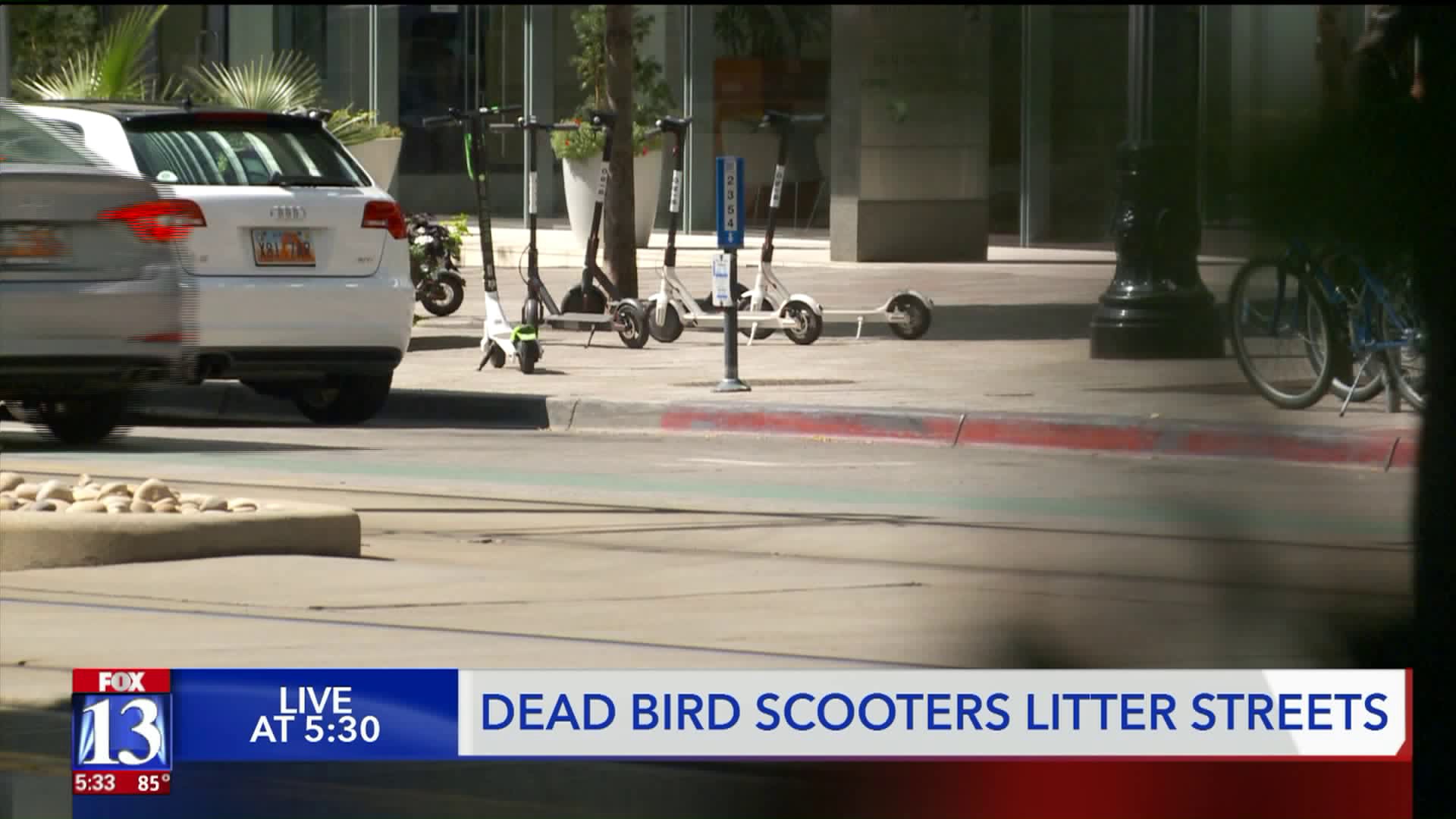 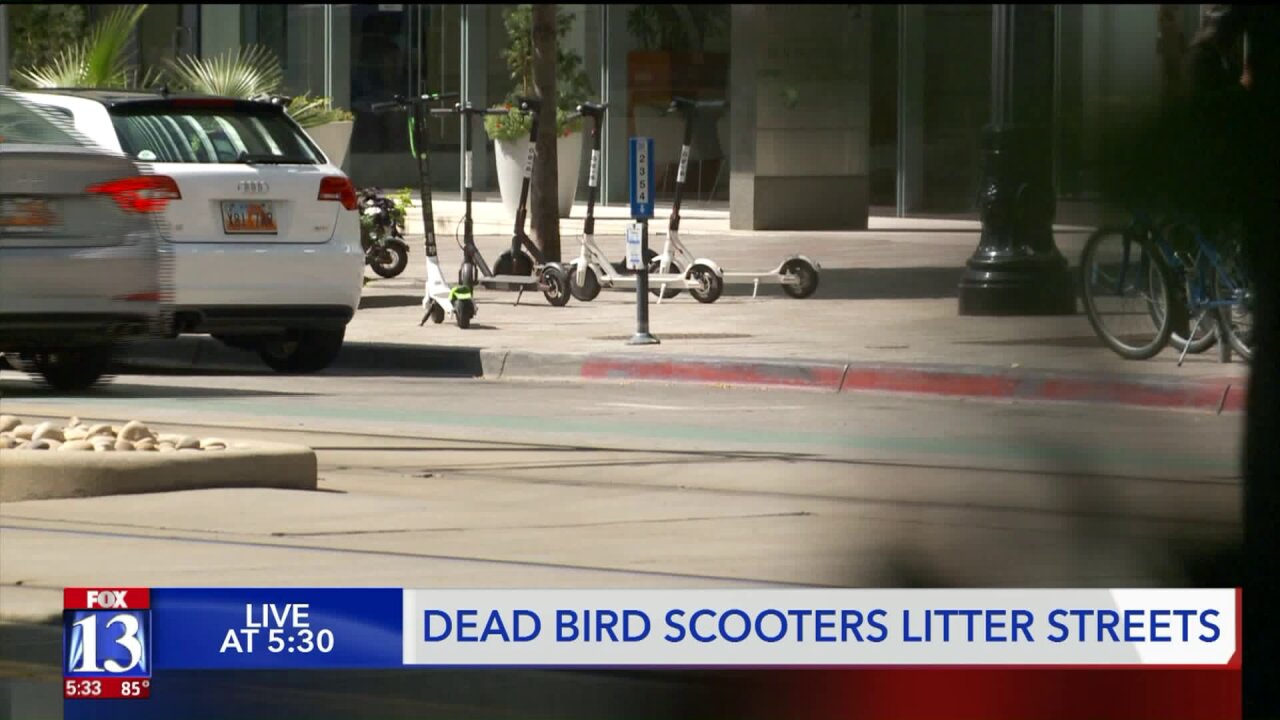 Hundreds of electric scooters, continue to take over the streets of salt lake, but not all of them are actually functional.

Just two months ago, Bird electric scooters popped up in Salt Lake City; soon after, Lime scooters made their debut.

Whether you’re walking, driving or riding TRAX, this new form of transit has been hard to ignore -- getting you from point a to point b at speeds upwards of 20 miles per hour.

“It is kind of scary, I have had to dodge a scooter before,” said Melissa Spencer, a Utahn that frequents the downtown area.

When one isn’t whizzing by you, you may have noticed something else -- rows and rows of scooters that just don’t work.

In just a few city blocks between 100 South and 300 South on 400 West, Fox 13 counted nearly a dozen inoperable Bird scooters that had been reported as damaged.

“That’s the problem with them if they are damaged, they need to be picked up,” Spencer said.

However, the city doesn’t appear to see things that way.

“It starts with the owner to take their stuff and take care of their stuff,” Salt Lake City Transportation Director, Jon Larsen said. “If it’s broken down or in the wrong location to actually get it off of the street.”

“There needs to be a better way to get those scooters off the streets and only have usable scooters working,” Spencer maintained.

Bird does have a plan in place to handle repairs, contracting full-time, 40 hour-per-week repairmen known as “Bird Mechanics.”

When a scooter is reported as damaged, the bird mechanics who are assigned to the zone it's in are sent out to find it and fix it. According to a company website, the company even sends the mechanics outside of their zones to ensure the Birds are maintained.

“Help us maintain optimal safety for our riders by conducting necessary repairs to damaged birds in the wild. We will provide all mechanics with a basic toolkit, as well as all parts required for completing repairs. However, you are welcome to use your own tools should you prefer. While your primary job each day will be to maintain the fleet in your specified zone, specialized tasks may involve retrieving birds from specific locations, 'sweeping' designated zones within cities for damaged birds, and transporting birds to a storage facility.”

According to the company site, most repairs like adjustments, alignments and sticker/reflector replacement can be made right then and there.

If it needs to be disassembled, it will be taken somewhere else, and Birds that are beyond repair are taken to a storage facility.

“They’ve been trying to keep up with it and pull their equipment off the street but it’s not working,” Larsen said.

That’s because, according to Aerotek, the company that hires the mechanics contracted by Bird, there are only four bird mechanics in the entire city -- yet there are hundreds of scooters.

“At some point the financial incentives of the free market are going to drive and incentivize those who are doing well, and those who aren’t, eventually they’re going to go out of business,” Larsen said.

The city says Bird has been making efforts to be a good partner, but if discussions happen and the problem persists, they can take action.

“If the scooters are being left in inappropriate places and they’re not moving them, if that happens enough then we can actually revoke the contract,” Larsen said.

Bird showed up in June with no contract or permit to operate in Salt Lake City.

The city said it would monitor the business.

“If we do go down that route, which I don’t think we will have to, it could also include impounding all of their equipment at their expense,” Larsen said.

Fox 13 reached out to Bird to see how it plans to go about ensuring these scooters are repaired, but Bird declined to comment.

The city plans to meet with Bird on Thursday to discuss issues they’ve been seeing since the scooters arrived, among topics of discussion, the inoperable ones.