Salt Lake City didn’t know they were coming, but wants to work with electric scooter company 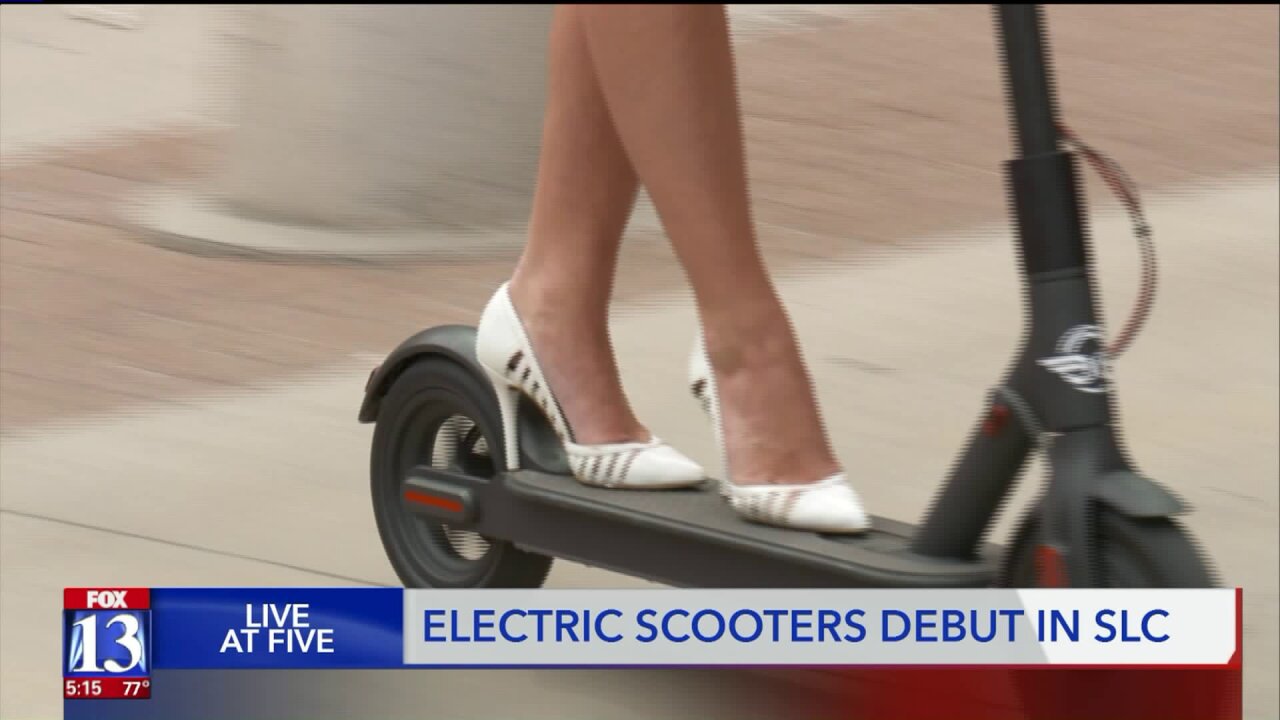 SALT LAKE CITY – New electric scooters in downtown Salt Lake City give residents another form of transportation and another potential issue for the city.

It's no Harley, but the two wheels on the new electric scooters will get you where you need to go.

“I think it’s fun, it might be a little too fast for some people,” said Austin Tiller after he took a spin on one of the new machines during his lunch break.

It is the newest thing to pop up in the downtown area, "Bird."

Not the ones you see in the sky, but the name of these new rentable electric scooters.

With the touch of a button, anyone can launch the app on their smartphone, showing users an interactive map depicting the location, and battery level, of each scooter.

Once patrons find a scooter they want to ride, the app requires them to enter a credit card (it is one-dollar to start a ride and costs 15 cents for each additional minute) and their driver’s license, users must be 18 or older.

The app then asks the user to scan a QR code which is found on the handle bars of the scooter. At that point, the user just needs to select the ‘ride’ option and can take off.

“Going for a little joyride,” Tiller said with a smile.

Residents and visitors soar at speeds up to 15 miles per hour.

“It’s pretty quick. I’m worried for people on the road," Tiller said. "I feel like you could easily crash the thing."

“It’s fun. It’s definitely worth a try,” he added.

These Birds literally popped up overnight.

Even the city didn’t know they were coming, saying they were tipped off about the scooters coming to SLC “through the grapevine” and right now the company is operating without a business license.

“We really prefer that they come in through the front door and work with us. in a partnership, rather than kind of just showing up one day unannounced,” Larsen said.

Still, the city and residents are excited.

“We’re very supportive of anything that gets people out of their cars and different options to get around and clears the air,” Larsen said.

The city has a lot of questions though.

“What are the rules for operation? What happens if there’s complaints from property owners? Where can you leave them?” Larsen said as he listed major concerns over the scooters.

“The one thing I’m worried about though is them just being all across the city,” Tiller said. “I saw a few of them just lying on the ground, that kind of looks ugly.”

The city will meet with the company next Monday to work out the kinks, because to them, these scooters are worth the hassle.

Until then, they encourage people to get out and enjoy the ride.