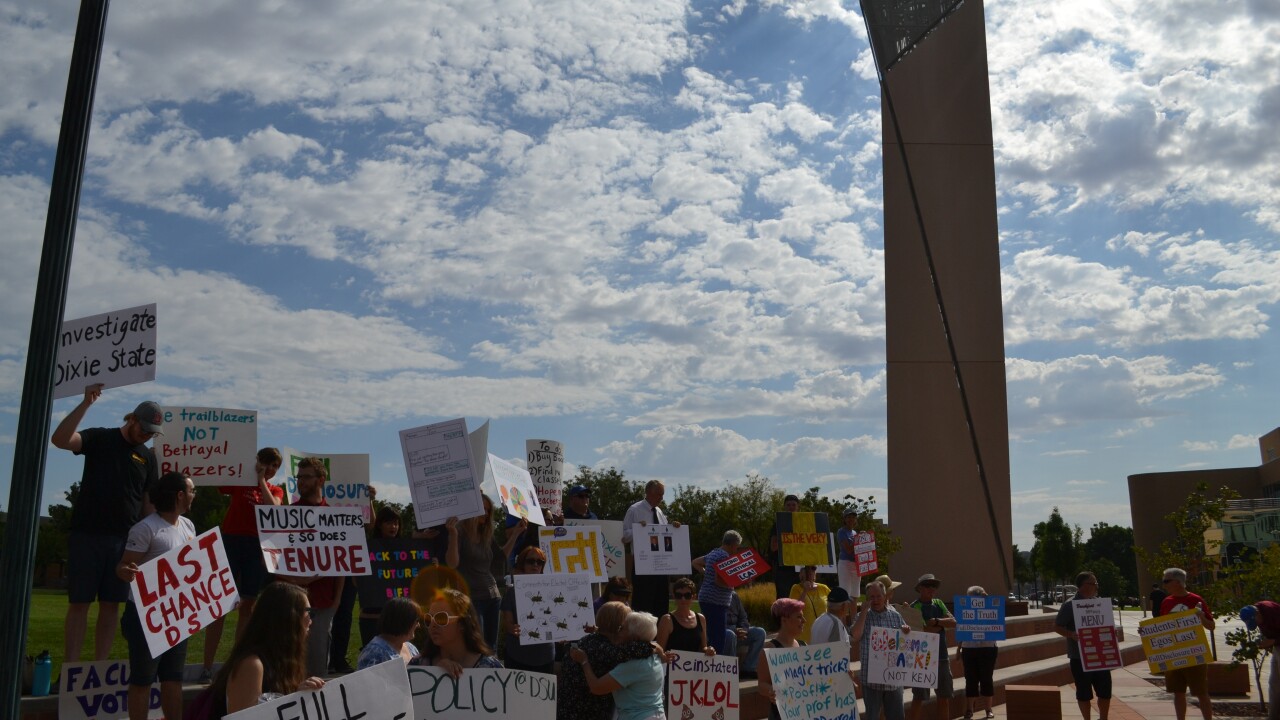 St. George News reports the peaceful protest was composed of students, alumni, teachers and members of the community and that it comes in response to the treatment of music professor Ken Peterson.

Organizers say about 100 people took part in the protest near the clock tower at the heart of the school’s campus, and the event went for about three hours.

“We’re all here because he (Peterson) deserves his rights; he deserves to be treated with respect,” Corinne McFerran, a DSU music graduate who heads the watchdog website Full Disclosure DSU,told St. George News.

Peterson was fired in March and was later reinstated, however, he has said the conditions for his reinstatement are “vindictive” and declined to sign.

Supporters of Peterson have been calling for answers in his firing and questioning the administration’s decision-making process.