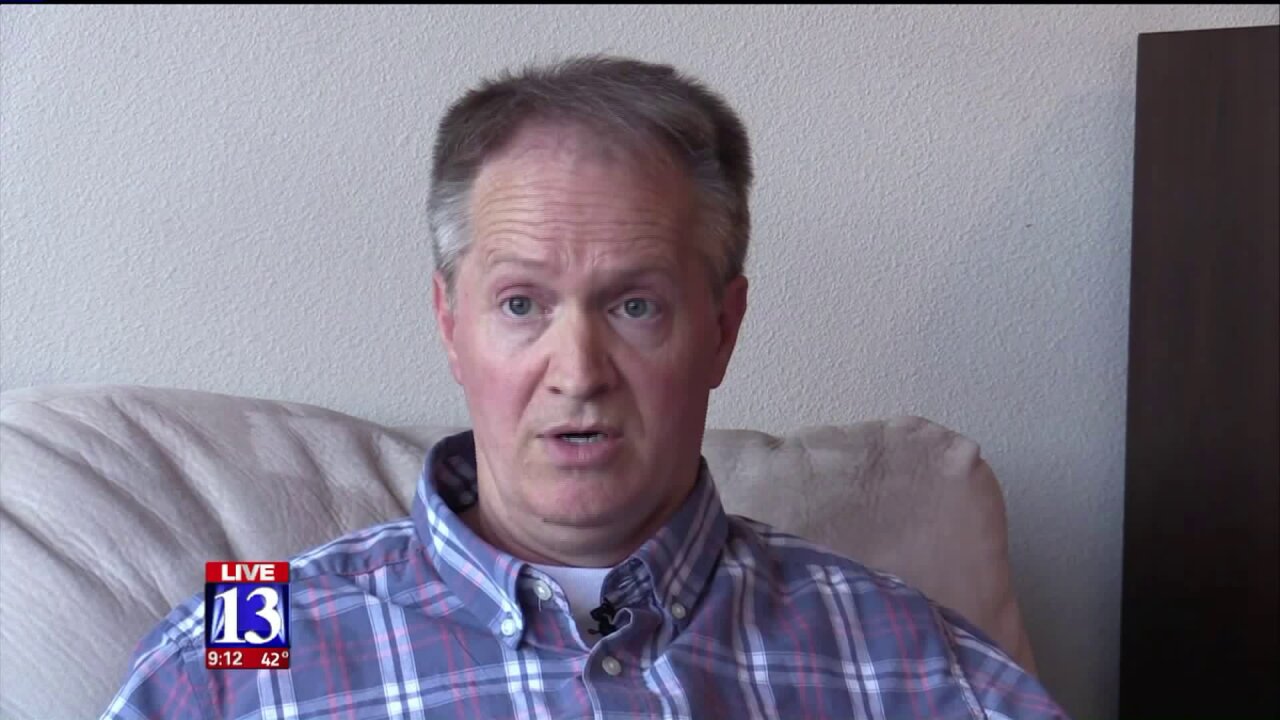 Dixie State confirmed it terminated both professors, but said they can’t disclose why.

Now, an effort is underway to return those professors to campus.

Ken Peterson worked with three Dixie State music students Thursday evening, before they headed off to a choir performance. The women said Peterson is one of the best, and a beloved part of the music program.

“I don't think that he's replaceable,” Gwyn Gable said. “There's no other Ken Peterson in the world.”

“I stayed at Dixie for the sole purposed of studying with Ken, because of his technique,” said Danelle Sullivan.

But on March 2, Dixie State gave Peterson and his colleague Glen Webb the boot.

“This action that was taken against us has shocked everybody—shocked me, my colleagues,” Peterson said.

Peterson posted the letter he said the university sent him.

“The causal circumstances include professional incompetence, serious misconduct or unethical behavior, and serious violations of University rules and regulations...” the letter states.

It goes on to list a number of allegations, mostly citing specific conversations that Peterson is accused to have where he “disclosed confidential information,” and “improperly represented the Music Dept.”

“Inside Higher Ed came out and said, ‘University professors are never terminated for these reasons,’” Peterson said.

“It's all hearsay, they don't name anyone,” he said of the accusations. “There's nothing in writing.”

He indicated that it goes beyond these alleged conversations.

“They conducted malicious investigations behind our backs to try and find everything they could, really, to have on us,” he said.

The news left many current and former students stunned, and rallying for support.

“It felt like it was going to be the same thing that happened with Varlo Davenport,” said former music student Taylor Williams. “The witch hunt was continuing forward.”

Williams is talking about the termination of former Dixie State professor Varlo Davenport, who the university fired amid an assault accusation in 2014 that Davenport was later cleared of.

McFerran started a website filled with testimonials supporting Webb and Peterson and launched a petition that has garnered more than 1,000 signatures.

“My ideal outcome is I would love to see them reinstated,” McFerran said. “Frankly, I'd love to see Varlo Davenport get his job back.”

“We want to support these people, not just to help them, but prevent things like this from happening in the future,” Williams said.

The university responded to the turmoil this week, releasing a page-long statement.

Toward the end it says:

“The University understands that when professors are terminated, it can be a difficult time for those who were taught, mentored, and influenced by these individuals. Policy violations do not erase professors' legacies and all of the good that has been achieved over the years. The University has secured faculty to take over the workload of these professors for the remainder of the semester. Dixie State will continue to support students, faculty, and staff and abide by DSU, state, and federal policies and procedures to ensure a fair and safe environment for all.”

“I don’t have a professor," Patterson said. "I know of three other classes that don’t have professors. They’re waiting for answers until after spring break, and could be longer because they’re having a hard time finding someone to take over those classes.”

According to the termination letter Peterson provided, he can refute the cause of termination.

Peterson said he plans to ask for a Faculty Review Board to present his side of the case against the accusations.