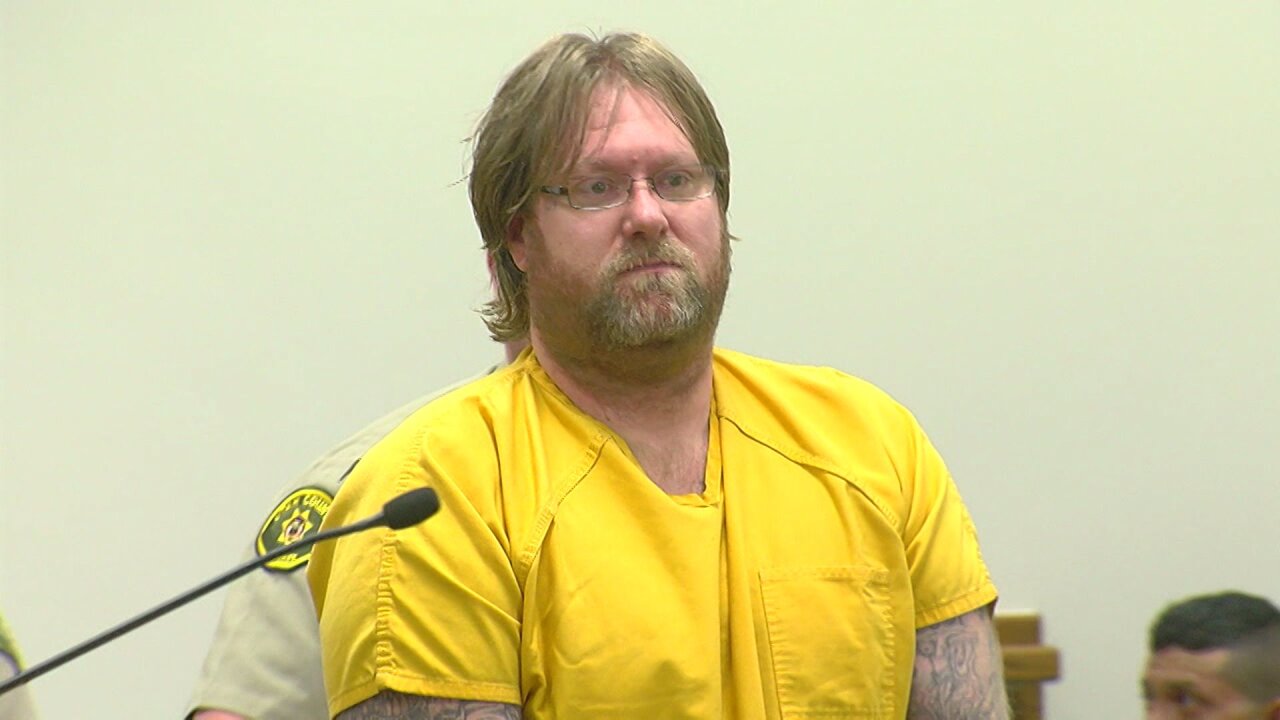 Authorities arrested Baum last week on multiple felony charges including the murder of Breezy Otteson and her boyfriend, Riley Powell.

Otteson and Powell were reported missing on Jan. 2, 2018.

The couple told officers they had not seen or heard from the missing teens.

Authorities found the Jeep the teens were last seen driving on Jan. 11 in the Cherry Creek area in Juab County.

The rear tires were flat; police said someone had punctured the sides of the tires and foul play was “strongly suspected.”

Investigators found social media posts indicating Otteson and Powell planned to meet Henderson at her Eureka home back on Dec. 29, 2017, the last day anyone reported seeing or hearing from the teens.

On Jan. 25, police confronted Henderson about those social media posts and she admitted the teens had, in fact, arrived at her home in the Jeep Dec. 29.

She told police the teens stayed for about 40 minutes, “smoked some weed” and left.

She denied knowing anything about their disappearance.

On March 25, police arrested Henderson on unrelated offenses and officers questioned her again about the missing teens.

She eventually admitted to police she had withheld information about the murders and was actually there when her boyfriend, Baum, killed Otteson and Powell.

Henderson told police Baum was angry Otteson and Powell had visited her.

She told police Baum tied the teens’ hands and feet, duct-taped their mouths and put them in the back of their Jeep.

Baum then drove all of them to the Tintic Standard No. 2 Mine in a remote area of Utah County, according to court documents.

The documents state Baum forced Otteson to kneel near the open mine pit and watch him beat and stab Powell before Baum slit her throat and threw the teens into the open mine to die.

Henderson told police Baum believed Otteson was pregnant and congratulated the couple as they walked from the car to the open mine shaft.

During a news conference Tuesday, officials said Otteson was not pregnant.

After the murders, documents state Baum told Henderson he made Powell suffer but felt bad for Otteson so he “made her death quick and painless.”

Documents state Baum told Henderson he was conflicted because Otteson was “innocent.”

Court documents show Baum has a criminal past.

He was convicted of aggravated assault – felony striking by a prisoner – in West Jordan back in 1994.

According to the filing, he was serving time for attempted murder, theft and burglary and was paroled in 2002.

Baum is being held without bail.