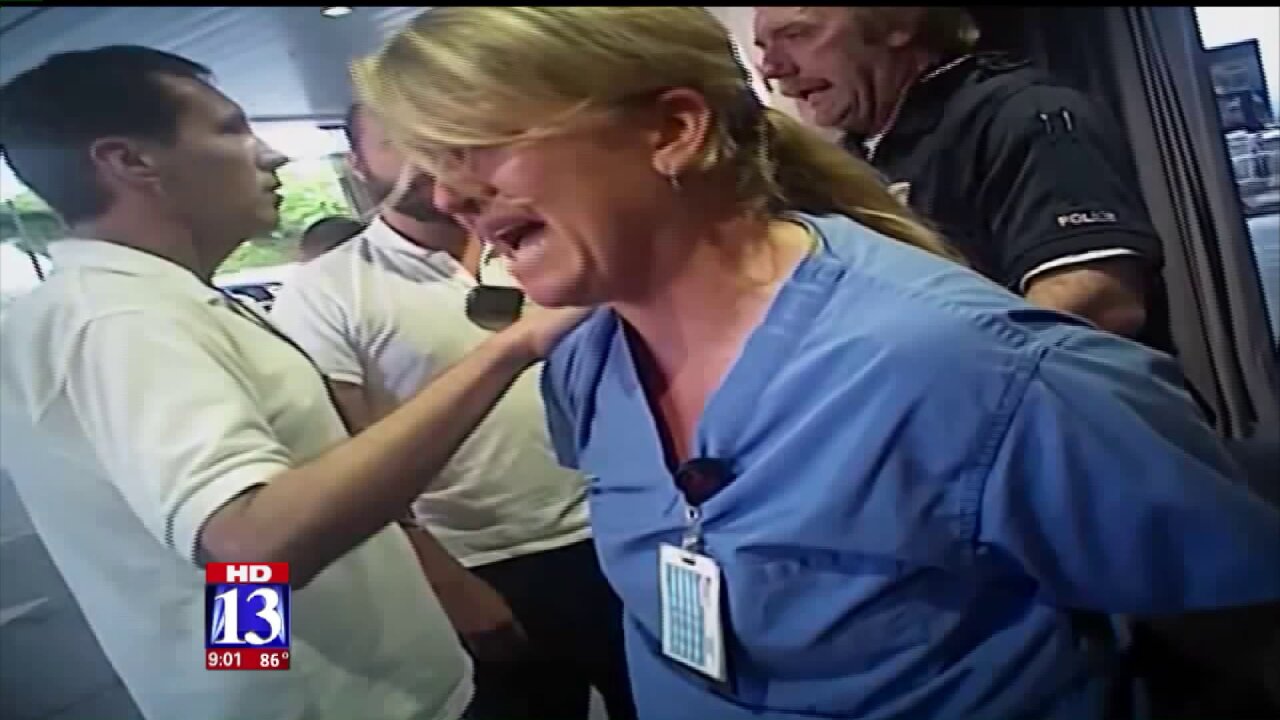 SALT LAKE CITY - The Salt Lake City detective accused of unfairly arresting a University of Utah Hospital nurse is now on administrative leave, from an entirely different job outside the police agency.

The company said Monday they were shocked to see the body cam video showing Payne's controversial arrest of Nurse Alex Wubbels, and that some comments Payne made in the video led them to take action.

"We were all pretty shocked, and just couldn't believe what we were witnessing," said Gold Cross Ambulance operations supervisor Brad Holder, about watching the body camera and surveillance videos from the July 26 arrest.

"We're done, we're done. You're under arrest," Payne is heard saying to Nurse Wubbels, as she's on a cell phone verifying the hospital and police department's agreement on handling blood draw requests.

She lays out the policy, saying she can't hand over the blood draw of her unconscious patient-- a man police said was the victim in a fatal crash-- to Payne. But police tell her they are acting within the law.

Wubbels is heard screaming and Payne forces her to the hospital doors, where police put her in handcuffs.

"Why is he so angry?" a clearly exasperated Wubbels asks, of Payne.

Acting "angry" is exactly the opposite of how Gold Cross knows Payne to be.

"It's very not like Jeff to do something like that," Holder said. He explained that Payne's worked as a police officer for more than 20 years.

Payne has been with Gold Cross even longer than that, Holder said, having started as an EMT in 1983.

Now Payne works as a part-time paramedic a few times a month, he said, and Payne has a clean employee file with no issues at all.

"He's a great employee," Holder said. "We don't have any problems with him, and he's always done excellent patient care."

But on Friday, the day after the release of the video of the arrest, Holder said Gold Cross placed Payne on administrative leave-- because of the pending criminal investigation and because of what Payne said in the video.

"I wonder how this will affect my Gold Cross job?" Payne says in the body cam footage, and an officer asks, "Do you work up here?"

"Yeah, they're not going to be very happy," the officer then says.

Payne responds by saying, "I'll bring them all the transients and take good patients elsewhere."

"We didn't want there to be any issues with that," Holder said. "So until the investigation’s done, he's just on leave."