Utah mother sends message to missing daughter: ‘I want you to fight’ 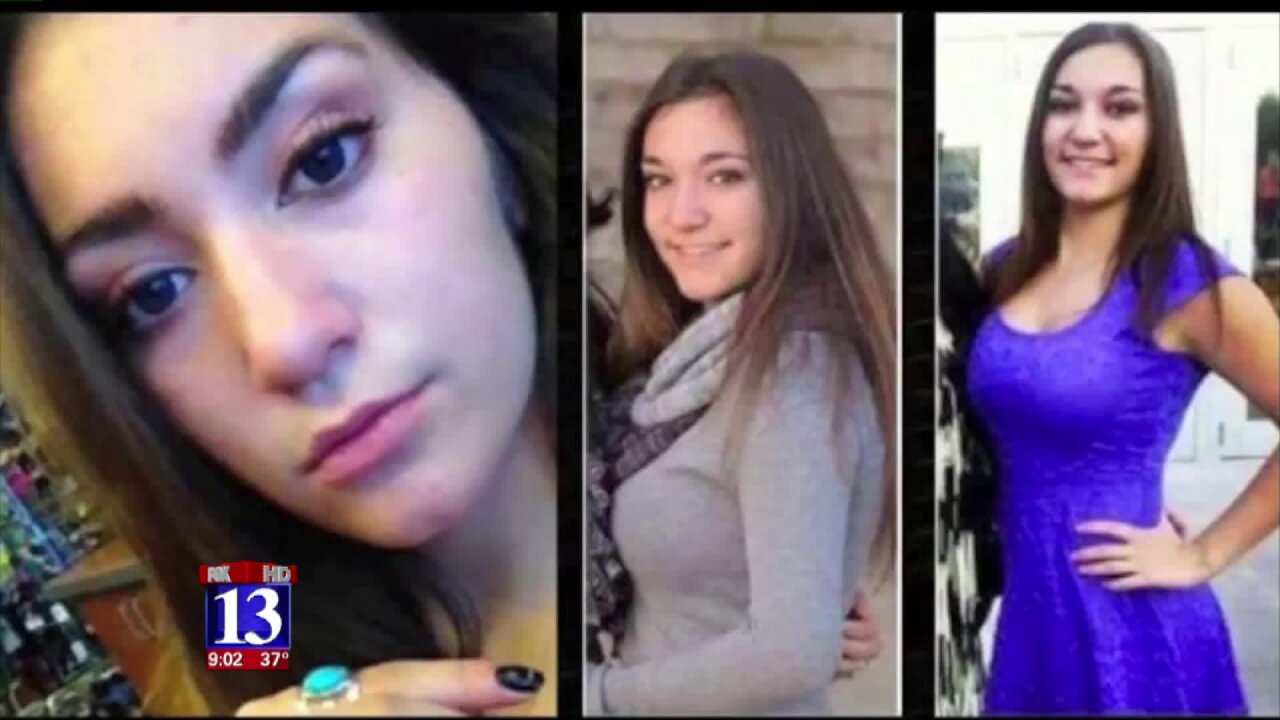 UPDATE: Family members said Saturday that Sarah Dunsey has been found and was taken to a hospital. Click here for details.

LOGAN, Utah -- A Utah mother is offering up a heart-wrenching plea to the world as she seeks help in finding her 17-year-old daughter.

“This is my absolute worst nightmare. We need Sarah home.”

Sarah Dunsey's family says the teen who lives in Logan is a victim of sex trafficking. She was last seen January 15th at the MGM in Las Vegas. That's where the family believes she was abducted.

“Our daughter Sarah Dunsey was abducted from Las Vegas, Nevada; she's being held against her will and Sarah is a victim of sex trafficking," Dunsey's mother says in a video posted to YouTube.

That mother is sharing the painful reality she's been facing for the past month. Her precious teenage daughter is missing.

“We need her home, I cannot wonder if she's home and if she is safe,” Sarah’s mother says.

In a matter of hours this campaign reached more than a hundred thousand people.

“We've just been doing everything that we can,” said Leah Hullinger, Sarah's Aunt.

The family says as they learn more and more about what happened to Sarah, the more alarmed they become.

“All of this information is pointing to Sarah being held against her will and being trafficked and exploited,” Hullinger said.

Sarah's loved ones are working relentlessly to find any hint of where she might be and who took her.

“Some days we feel like we're close to finding her, and other days it just feels so overwhelming and so vast,” Hullinger said.

The family says the “what ifs” surrounding Sarah’s fate and what could be happening to her are too much to bear.

“To know she's being beaten, is being hurt and held against her will,” Hullinger said.

The family prays this video brings in tips to where Sarah might be, but most of all they hope it reaches Sarah.

“This lifeline to her family so she knows, don't let them strip you of your identity and how you are, and everything that you are: Don't let them do that to you,” Hullinger said.

Sarah's mother, speaking to the camera, had this message: “Sarah Bearah, this message is for you. I want you to fight because I need you. All of us need you. So fight OK. We're coming to get you.”

At this point the family is in a spot where they're not giving out a lot of details about what happened because they don't want it to jeopardize their leads as they piece things together with detectives.

Sarah stands 5-feet, 2-inches tall and weighs 130 pounds. The 17-year-old girl has brown hair and brown eyes, and she has a tattoo of a lotus flower on her ribcage.

The video is available in its entirety below: