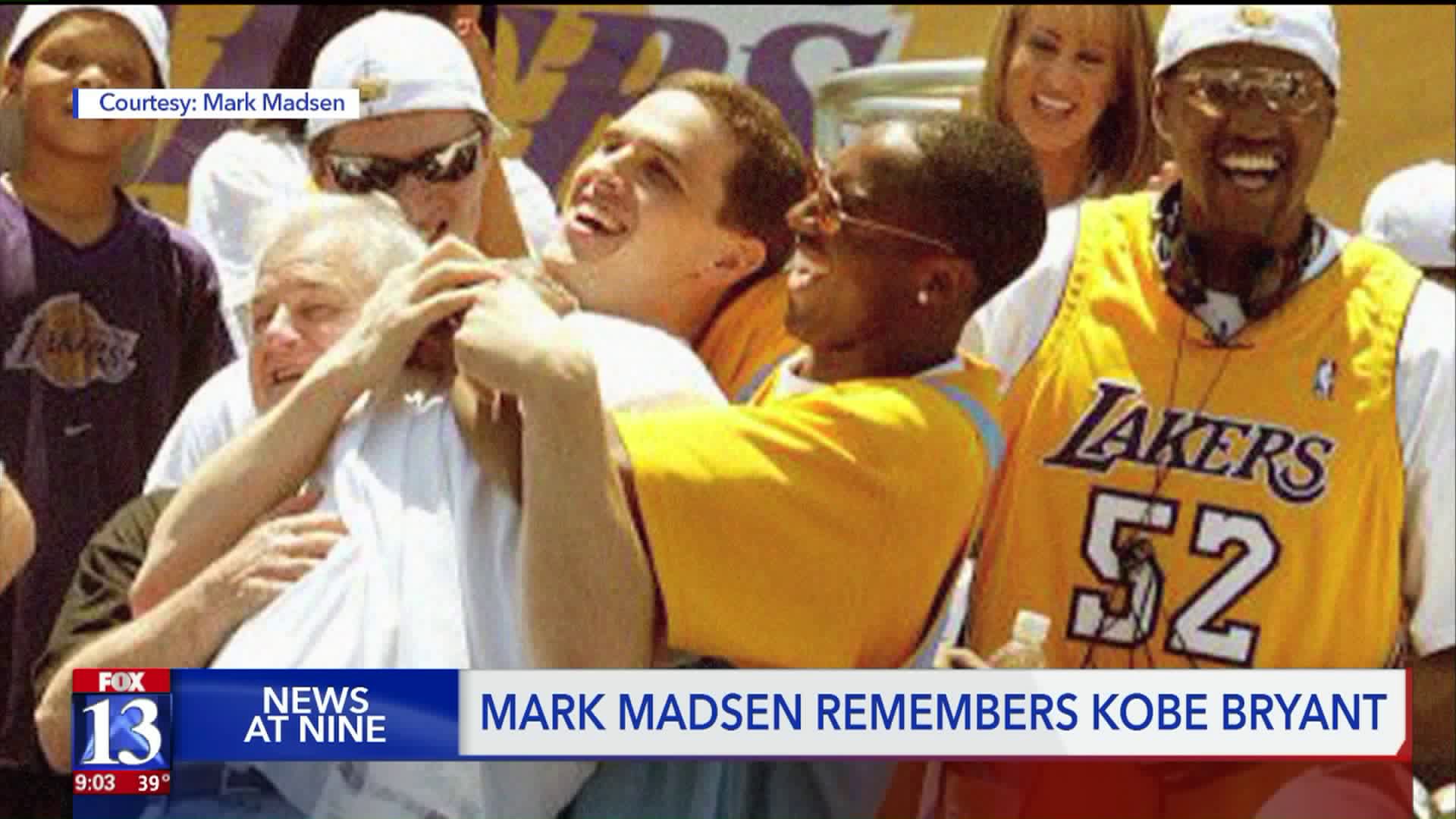 An untimely death brought the 20-year friendship between the late Kobe Bryant and his former teammate, Mark Madsen, to an end; now, in the wake of Bryant`s death, Madsen is sharing his memories with the NBA star. 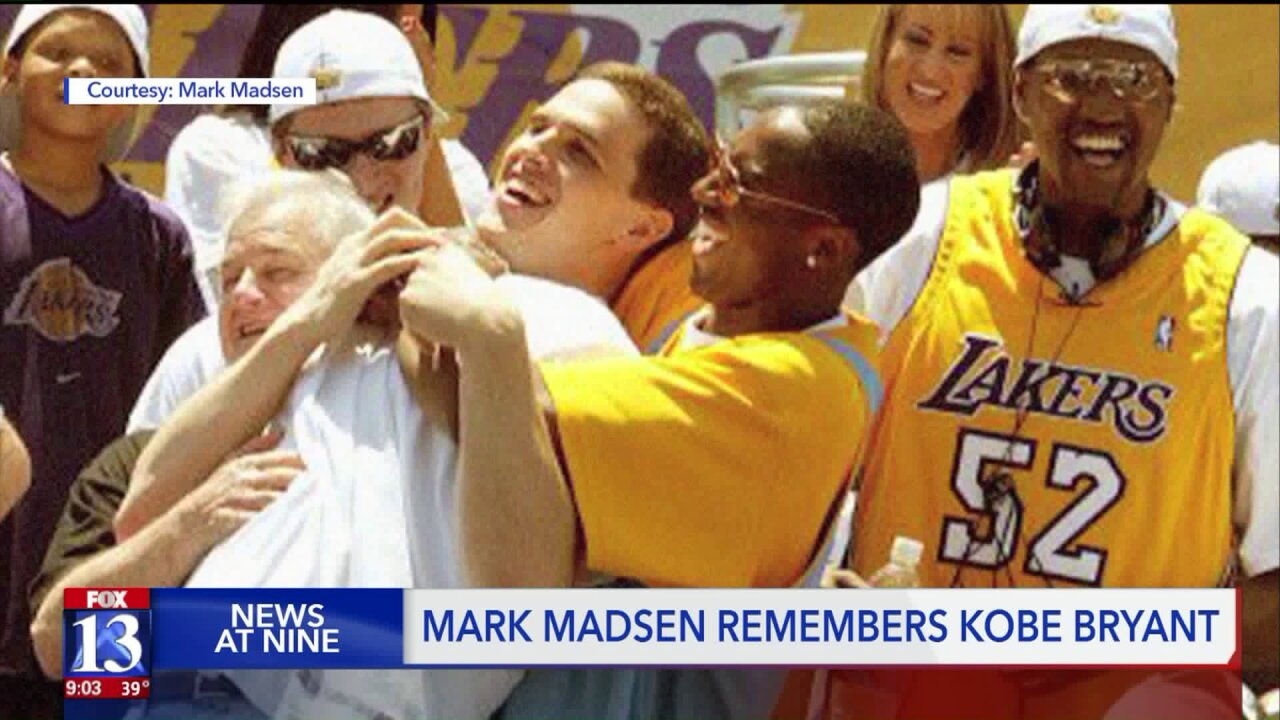 OREM, Utah — An untimely death brought the 20-year friendship between the late Kobe Bryant and his former teammate, Mark Madsen, to an end; now, in the wake of Bryant’s death, Madsen is sharing his memories with the NBA star.

“I do have some team photos of Kobe, right here,” Mark Madsen said pointing to picture frames lining a section of wall.

“Kobe’s right here, right between Dr. Buss and Phil Jackson, and I’m down here in this corner,” Madsen said as he pointed out people in a picture labeled, ‘2000-2001 Los Angeles Lakers.’

“A lot of times I said to myself, ‘How am I even in this locker room? How am I even here?’” Madsen smiled. “Because Kobe and Shaq were so talented.”

As Madsen looked over the photographs, he shared stories and smiles.

“A lot of people were nervous to ask Kobe for autographs, including me!” He laughed.

Madsen started his NBA career with the Los Angeles Lakers in 2000. He spent the next three years playing alongside basketball greats, like Kobe Bryant. Eventually, he left the Lakers to join the Minnesota Timberwolves, but he and Bryant remained friends.

“When I was playing with him, I would see Kobe, I would see my other teammates more than I saw my own family, so you do develop a bond,” Madsen said.

Madsen found himself back with the Lakers franchise as an assistant coach during the last couple of years of Bryant’s career.

“I was with him on his very last game in the Staple Center, we played the Utah Jazz that night… I just know Kobe Scored 60,” he smiled.

Madsen said his relationship with Kobe has, “been a great friendship,” but today, Madsen couldn’t help but get emotional.

“I’m doing okay, it’s just… it’s a hard day,” Madsen shook his head. “We just got back from a road trip and someone sent me a Facebook message saying that Kobe had died.”

The news of Kobe Bryant’s passing shocked the basketball community and fans across the world — fans in Utah remembered Bryant by setting up flowers outside Vivint Smart Home Arena, home of the Utah Jazz.

“I thought it was a trick or a hoax, or a joke or something,” Madsen said as he wiped a tear off his cheek. “I just thought, it can’t be true.”

The pain brought about by Kobe’s death is still fresh, but mark hopes the world will remember Kobe the way he did.

As a family man.

“He helped me become a better player, he helped me have more confidence in myself,” Madsen said.

“I think Kobe brought so much joy, and passion and fun into people’s lives,” said Madsen. “I feel grateful and fortunate just to have been alongside someone like that.”