Attorney: This is why police haven’t arrested parents who lied about missing children in Rexburg 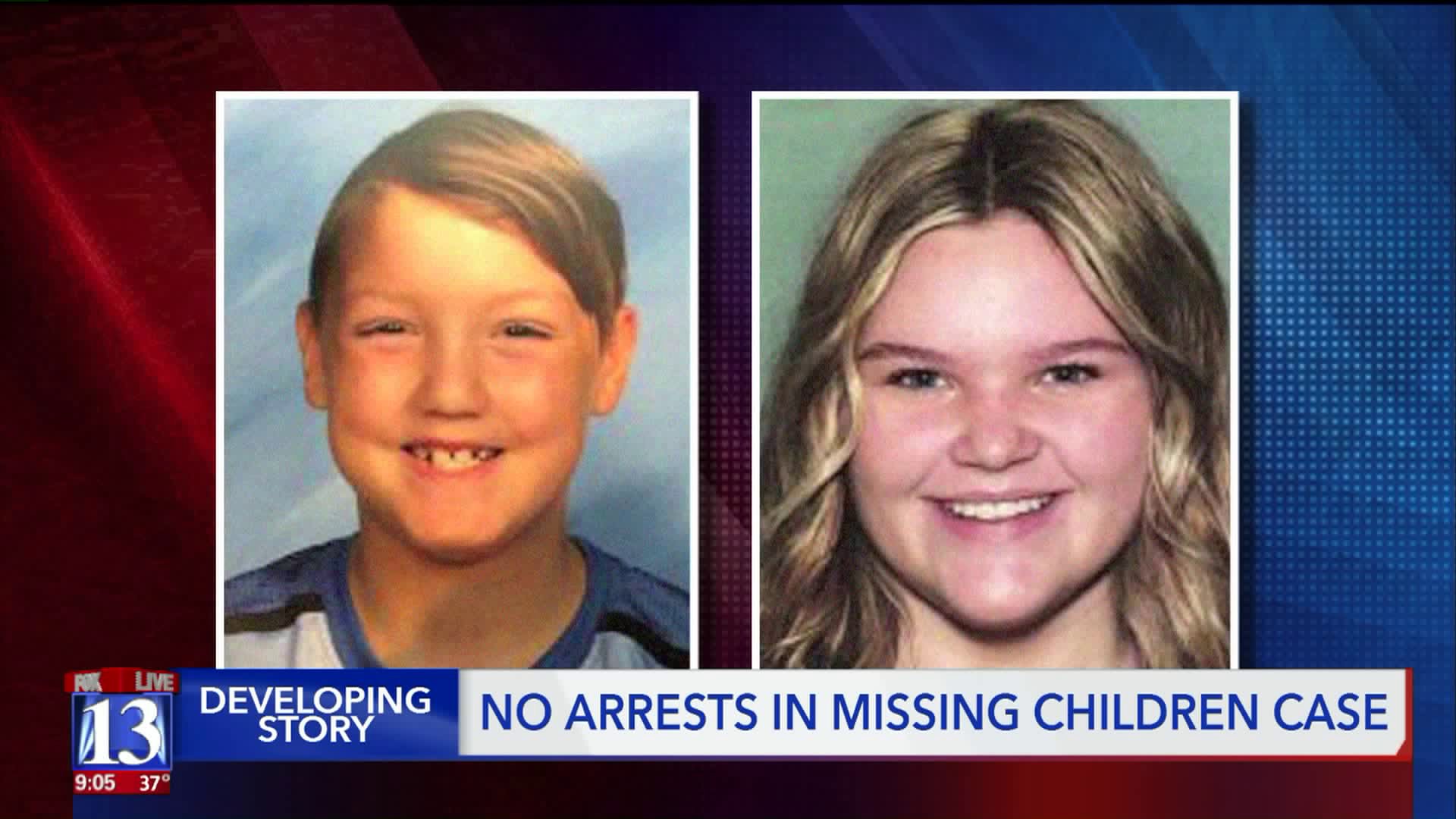 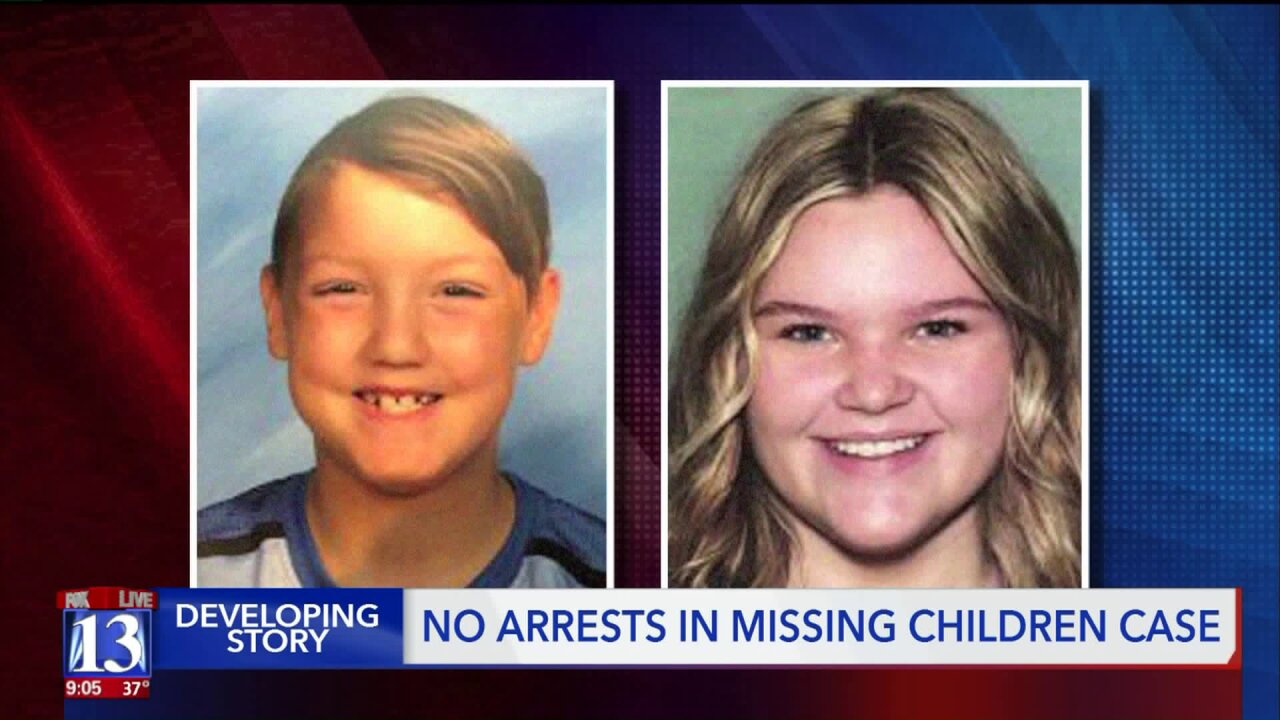 Law enforcement agencies across the country are trying to remain hopeful that two children who have been missing from Rexburg, Idaho since September can be found alive.

Officers with the Rexburg Police Department said they “strongly believe” seven-year-old Joshua “JJ” Vallow and his sister, 17-year-old Tylee Ryan, are in serious danger as their mother and new stepfather refuse to cooperate with the investigation.

Chad Daybell and Lori Vallow continue to be labeled as “persons of interest,” not suspects in the case. Investigators said the newlyweds initially lied about the location of the missing children and then fled from Idaho. They never reported the children as missing.

Greg Skordas, a defense attorney and former prosecutor not involved in the case, said he is becoming increasingly discouraged that the children will be found alive. He believes police have enough evidence to arrest Chad Daybell and Lori Vallow – but are strategically choosing not to do so at this time.

“Hopefully we will (find the children alive), but it seems more and more doubtful every day,” Skordas said. “The mother said that her daughter had died a year earlier, which is clearly not true. The stepfather said that she didn’t have any children at all, which was clearly not true… I know a lot of people are frustrated. They might say, ‘Well she’s not cooperating! That’s a crime all by itself!’ It absolutely is, but it’s not the crime that these agencies are trying to solve… They could probably file immediately obstruction of justice charges, but I think they’re waiting until they have enough evidence to file homicide charges, and that would be horrible.”

Family members told FOX 13 they believe Lori Vallow joined a religious cult with her new husband. Chad Daybell is an author known for writing religious books about the end of the world.

Lori Vallow sometimes participated in podcasts with Chad Daybell on the “Preparing a People Podcast Network.” Many of the podcasts have since been removed from the website.

“I don’t know what happened to those kids, but I know there’s people who do, and they’re not talking,” said family member Brandon Boudreaux. “I love them both. I hope they’re safe. They’re both just innocent and they didn’t deserve to be involved in any of this.”

“There are a lot of very freakish cults in our country right now. (Police) maybe looking at writings or things that they find about this religion and things that the stepfather has written himself to try to say he was headed in a certain direction,” Skordas said. “Maybe he even prophesized about something like this.”

Medical examiners initially believed Tammy Daybell died of natural causes at the age of 49. She was buried in Springville, Utah, but her body has since been exhumed for further testing as police consider the case potentially suspicious. Chad Daybell and Tammy Daybell had five children together.

Lori Vallow is also a widow. Her most-recent husband prior to Chad Daybell died in July 2019 at the hands of her own brother. Alex Cox told police he shot and killed Charles Vallow in self-defense. The case is still under investigation.

Less than six months later, Alex Cox died in Gilbert, Arizona. Investigators are not currently releasing information about the circumstances surrounding his death.

Prior to her marriage with Charles Vallow, Lori Vallow was married to Joseph Ryan who died from a heart attack in 2018. Joseph Ryan was the father of Tylee Ryan. Police said they are not considering his death part of the current case. Joseph Ryan was cremated and therefore could not be exhumed even if investigators wanted to do so.

Skordas said he expects the pending autopsy of Tammy Daybell (regardless of the outcome) may be the last thing police are waiting for before filing charges against Chad Daybell or Lori Vallow.

“If they can establish that (Tammy Daybell) died as a result of homicide, that really raises the bar for the prosecutor,” Skordas said. “It’s a difficult case for a prosecutor to file a homicide charge without a dead body, but it’s not impossible.”

If investigators still cannot find JJ or Tylee – and the pending autopsy of Tammy Daybell remains inconclusive or proves she died of natural causes – investigators will still need to make a decision on whether to move forward with an arrest or wait for further evidence and information.

“We’ve had similar cases like the Josh Powell case where I think the police were waiting for him to do something foolish and draw them to his wife’s body. He never did,” Skordas said. “The police and prosecutors in Idaho have elected not to take that drastic step (to make an arrest) yet. I think it’s probably forthcoming if we don’t have these children pretty soon… You would expect their mother to do everything she could to find them. To take care of them. To help the police. She’s done just the opposite, which is really troubling.”

According to EastIdahoNews.com, attorney Sean Bartholick issued the following statement on December 23 on Chad Daybell and Lori Vallow’s behalf:

“Chad Daybell was a loving husband and has the support of his children in this matter. Lori Daybell is a devoted mother and resents assertions to the contrary. We look forward to addressing the allegations once they have moved beyond speculation and rumor.”

“Looking at this case, just from the limited information I have as a former prosecutor and defense attorney, it appears that the Rexburg Police Department is doing a pretty thorough job and that they’re dotting their I’s and crossing their T’s and making sure that whatever they charge ultimately against these two parents is solid,” Skordas said. “At its core, she’s still the mother of these children. I think at some point she’s going to come forward and say, ‘I need to do what I can.’”