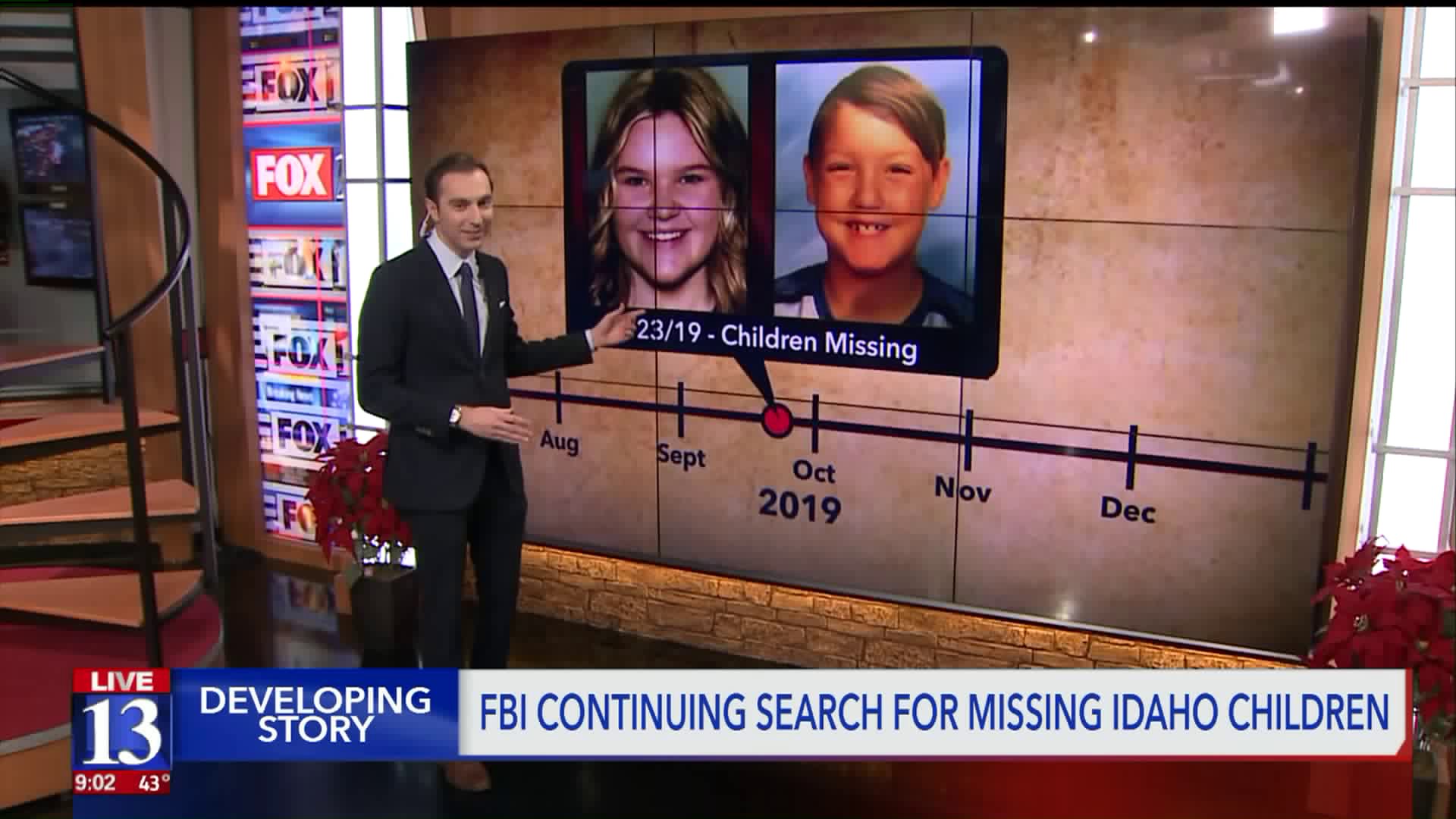 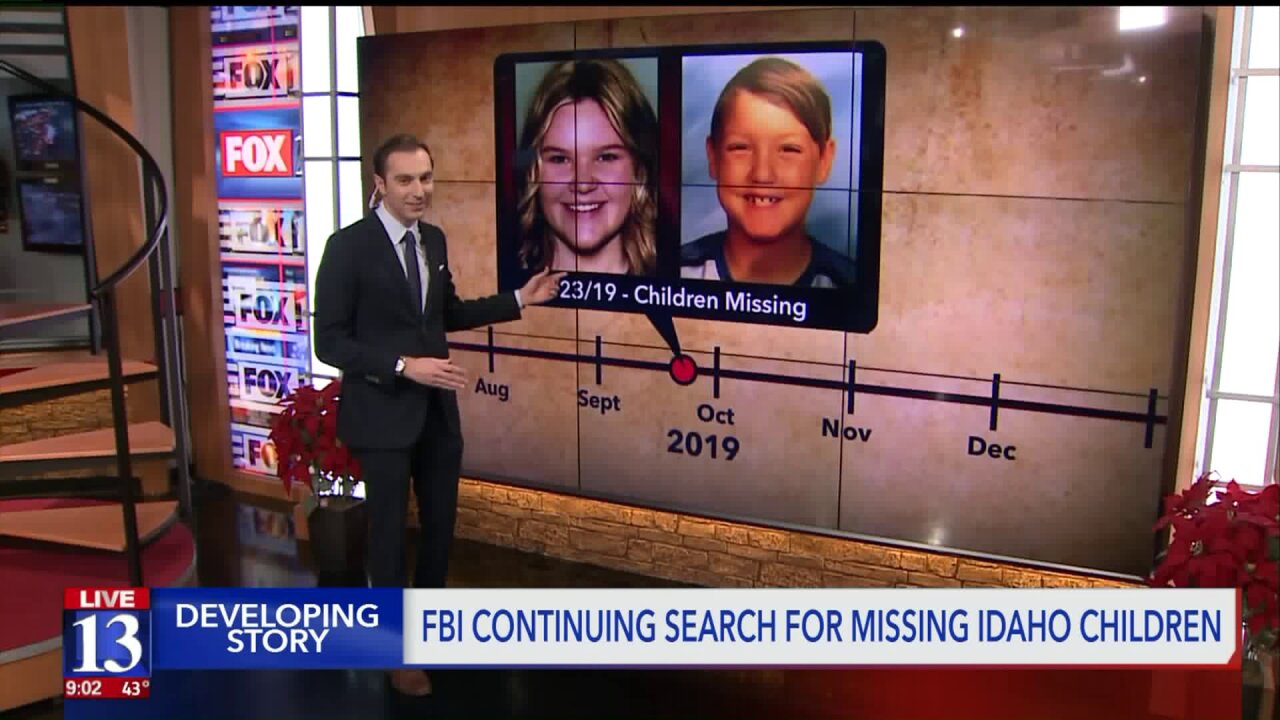 SALT LAKE CITY — The FBI and local law enforcement agencies across multiple states continue to search for two missing kids who they believe are in danger, along with their mom and stepdad who are wanted for questioning in their disappearance.

Seven-year-old Joshua “JJ” Vallow and 17-year-old Tylee Ryan have not been seen since September in Rexburg, Idaho.

Their newlywed parents, Chad Daybell and Lori Daybell (formerly Vallow), have been on the run, accused of lying about the location of her missing children.

Police say the disappearances may be connected to the death of Chad Daybell's wife, and family members say extreme religious views are involved.

A timeline of what we know so far can be seen in the above video.