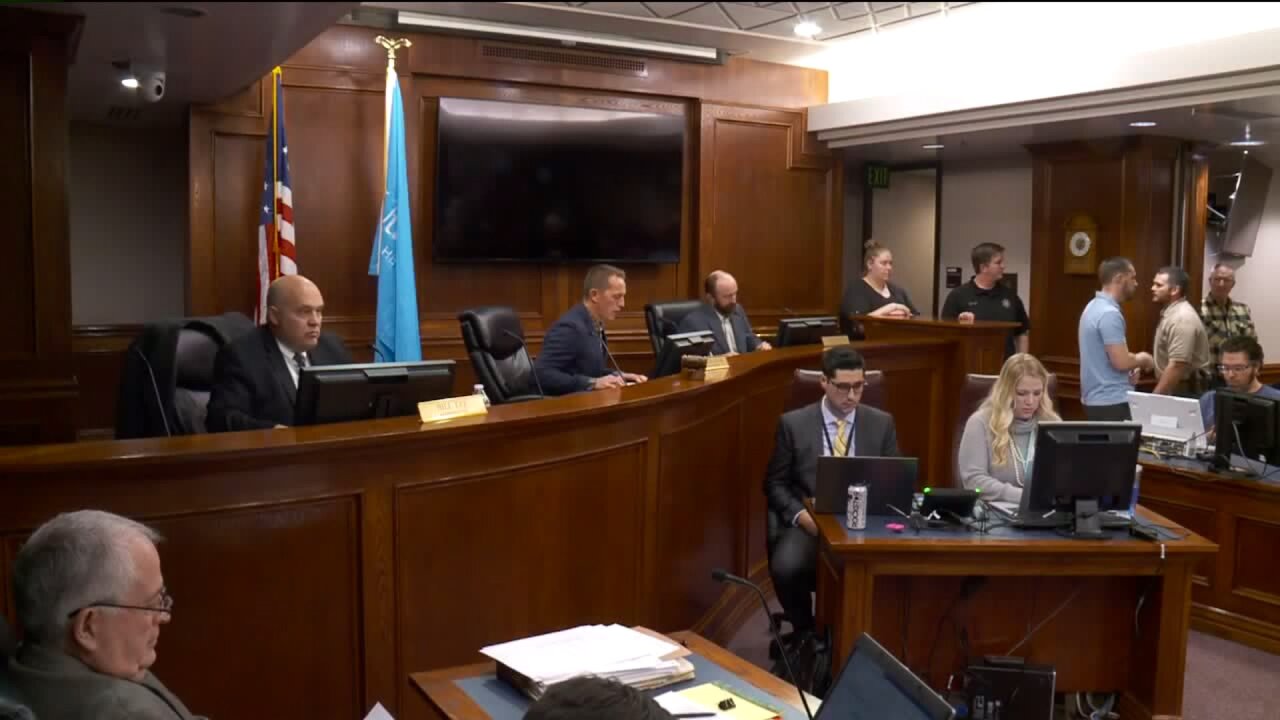 Utah County Commissioners listen to public comment on a proposed property tax increase during a public hearing on Dec. 11, 2019.

PROVO, Utah – The Utah County Commission passed a controversial property tax increase during a meeting on Tuesday, but will revisit the issue at a meeting next year.

In a 2-to-1 vote, commissioners passed a 67.4 percent increase to the  county’s portion of property taxes.

Commissioners could have increased the tax rate by 100 percent, but limited it to a 67.4 percent increase after hundreds of residents voiced opposition in a series of public meetings.

During the meeting on Tuesday, that lasted longer than 6.5 hours, Commissioner Bill Lee spoke about his desire to limit spending before asking residents to pay more.

“I think that’s what the citizens are trying to tell us to do,” Lee said. “Go down through [the budget] and find where you have duplications (sic).”

According to the Utah Taxpayers Association, the county has only increased its property tax rate once in the last 33 years. That group supported an increase, but cautioned against doubling the rate.

Commission Chairman Tanner Ainge said an increase is needed, because the county is currently dipping into reserve funds to pay for some services.

“This county is just doing the basics, and we’re trying to do essential services and that’s it,” Ainge said. “Ultimately, I revert back to, ‘how are we going to end deficit spending and pay our own bills?'”

The commission agreed to revisit the property tax increase at a meeting in June 2020, where they will evaluate if the increase is necessary to fund essential county services.