People rally outside the Road Home shelter; ask that it stay open through the winter 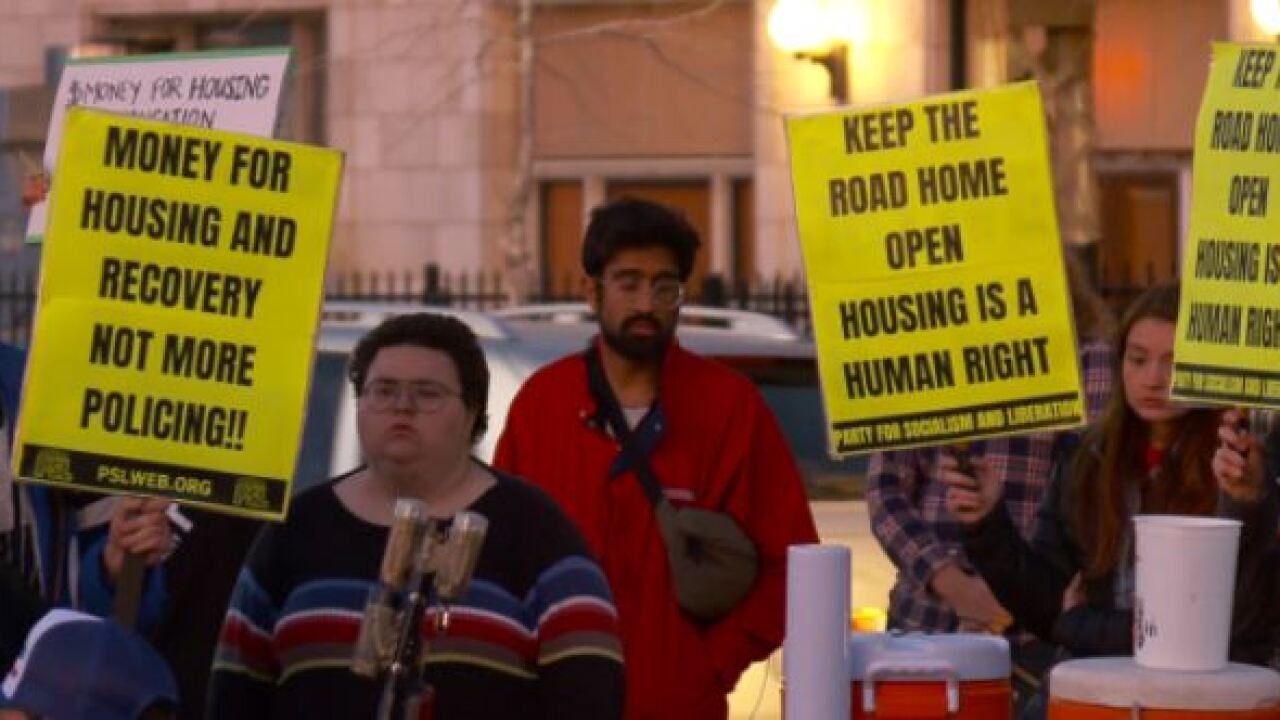 The shelter is set to close later this month, and the three homeless resource centers built to replace it are already at capacity.

Organizers of the rally want the downtown shelter to stay open through March.

“If we could have these individuals continue with this effort we could really make a difference,” Crystal Yazzie said.

State and city leaders are working to create more affordable housing and have called on landlords to join their housing campaign.

Mayor Jackie Biskupski said that in a little over a week, 77 new units will be available for those in need.

“We all support the goal of making sure there’s a warm space for everyone in our community,” Mayor Biskupski’s Deputy Chief of Staff David Litvack said.

More units are still being sought throughout the Salt Lake Valley.

Landlords are being asked to call The Housing Authority of Salt Lake City at 801-487-2161 if interested in participating in the program.