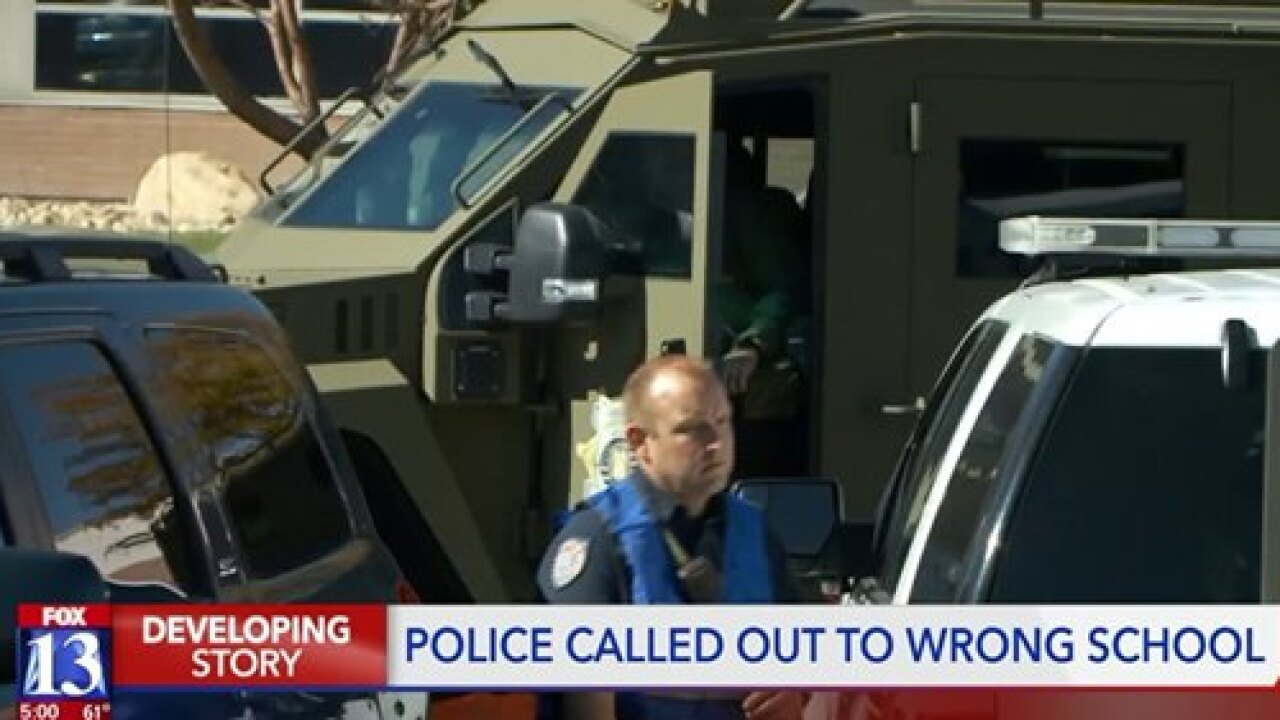 HIGHLAND, Utah — Lone Peak Police have clarified what happened Friday when officers responded to a high school in Utah County when the suspected threat was actually at a school in Salt Lake City.

The department announced Monday that after further investigation, they determined the response was due to miscommunication among police personnel. Police originally told FOX 13 that someone had called the station and reported a threat at “the high school in Highland, which is Lone Peak.” However, Lone Peak Police stated on Monday that the caller had correctly reported ( Highland High School, and the report was then properly transferred to the central dispatch center and then to Salt Lake City Police.

The department’s announcement read, in part:

The incident was further complicated due to the fact that the caller was reporting secondhand information from a witness at or near the school in Salt Lake City.

The person outside Highland High School who witnesses thought was armed was quickly identified as the school’s vending machine supplier, and students there were not aware of any threat.

Despite the mixup, Lone Peak community members responded to the department’s announcement with gratitude.

“Thank you for taking it seriously. Thank you for showing us that if the threat ever is real, we will be in good hands!” one Facebook commenter wrote.

Another said: “My son felt respected, safe and thought the entire experience was handled well. I appreciate knowing exactly what would to expect should a real event ever happen… This actually makes me feel more safe and protected.”