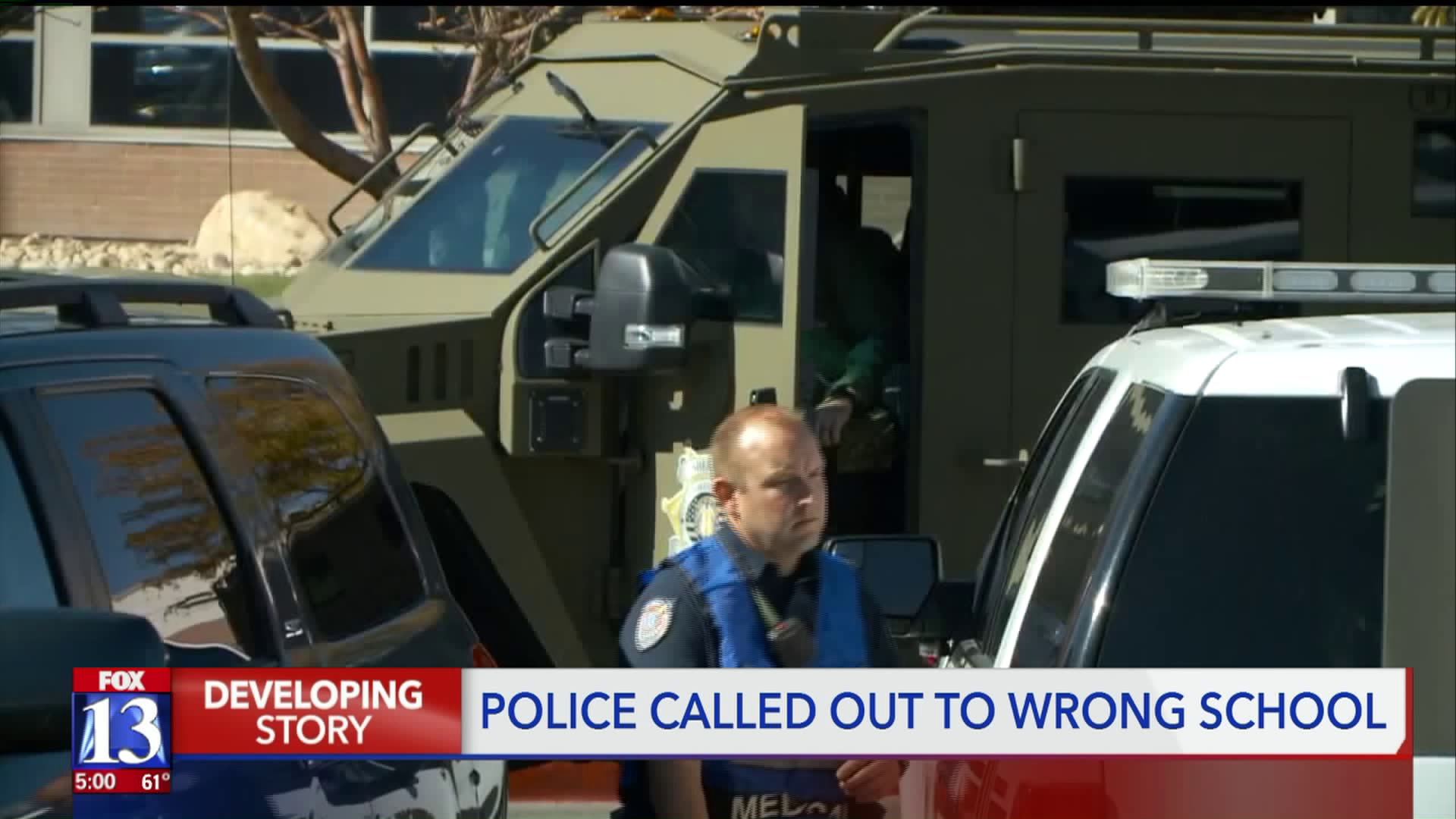 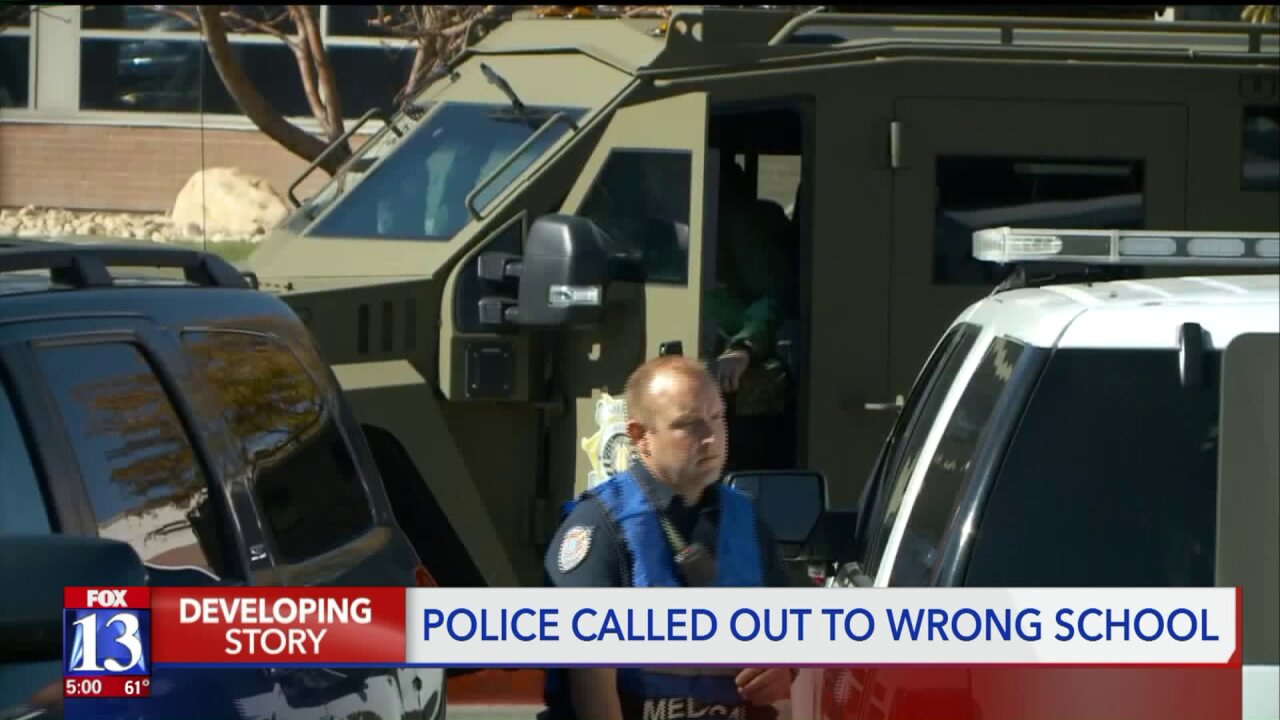 It was the result of miscommunication between a witness, dispatchers and police.

At least a hundred officers from around northern Utah responded to Lone Peak High and the school was put in a lock down.

The call to 911 reported a suspicious man in a trench coat with a gun right next to the school.

The person who made the call was not the person who saw the suspicious man, but another person the original witness had called.

When that person relayed the information to the emergency dispatcher, he said it happened at the school in Highland.

"The person said that it was at Highland High School and the person they told it to that called us thought it was the high school in Highland which is Lone Peak," Officer Dave Ventrano with the Lone Peak Police Department said.

It was a very traumatic experience for students at Lone Peak High and their parents.

"Me and all of my friends were like 'oh it’s probably just a drill,'" sophomore Zac Hafen said. "It was kind of nerve-wracking because, like, you have no idea what’s going to happen."

"Not knowing what was going on, that was pretty creepy," sophomore Brooke Hunter said.

"At first I thought it was just another false alarm and I came over here to get some things and saw the response and I got more nervous," said Jeff Stratford, a parent of a student.

One student told our Bob Evans that a girl had a medical response to the reported gunman.

"I heard about this poor girl getting a seizure because of how terrified she was," Caleb Fullmer, a Lone Peak Sophomore said. "I knew that we had to stay calm."

Before the mix-up had been confirmed, David Stephenson, a spokesperson for Alpine School District said the response had been phenomenal but added, "It really is unfortunate, especially if this is a false alarm that these students have had to go through this."

There had been a report of a suspicious person with a gun at Salt Lake's Highland High earlier Friday.  Detective Michael Ruff told Fox 13 that security camera video was checked and the person in question was identified as a person who supplies the school's vending machines.

Students there were unaware that anything had happened.

Administrators at the schools, the police departments and the dispatch center will try to determine exactly what happened, and how to keep it from happening again in the future.