Jazz and other Utah sports teams unite for Lead Together initiative against racism, hate speech 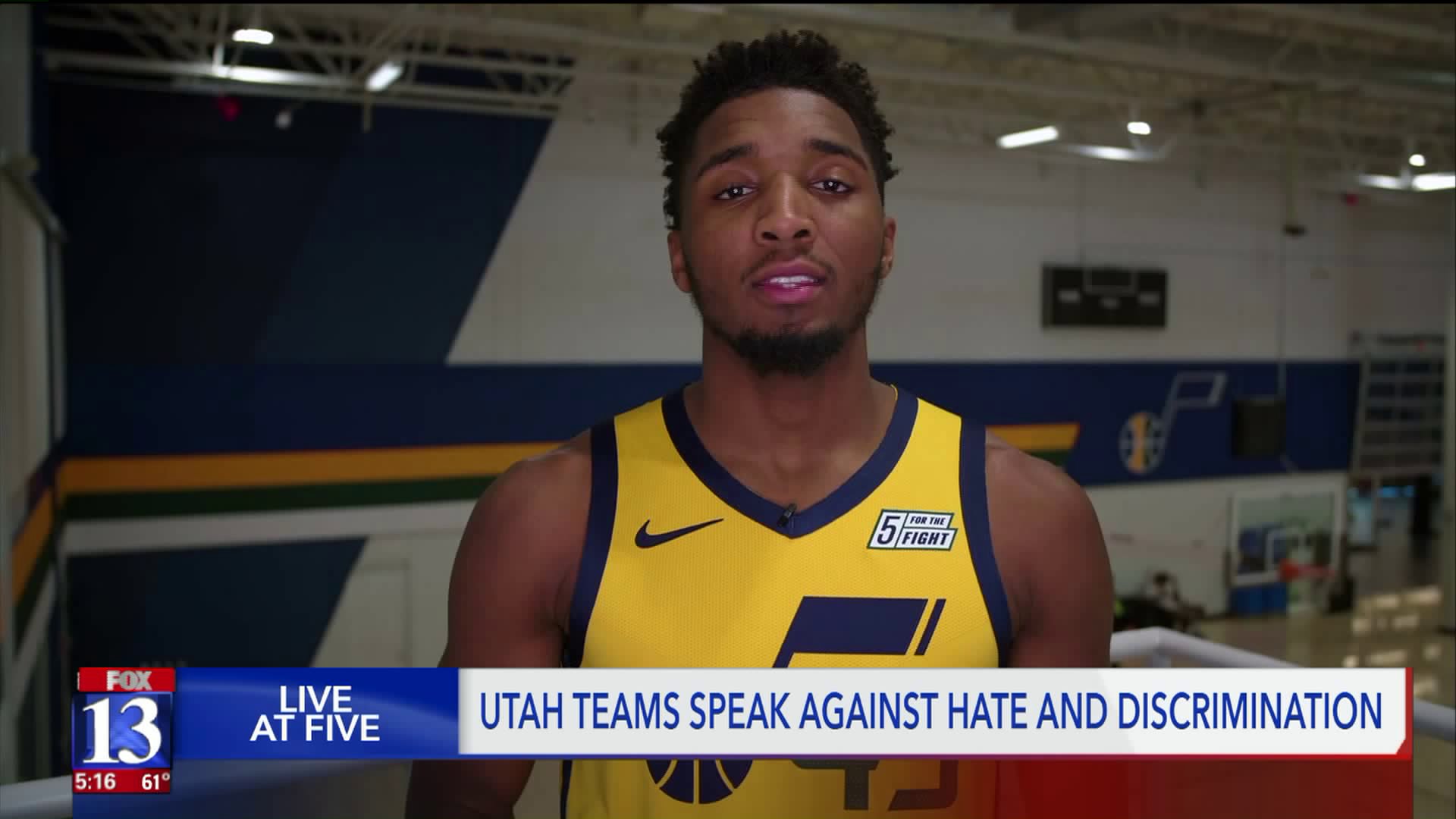 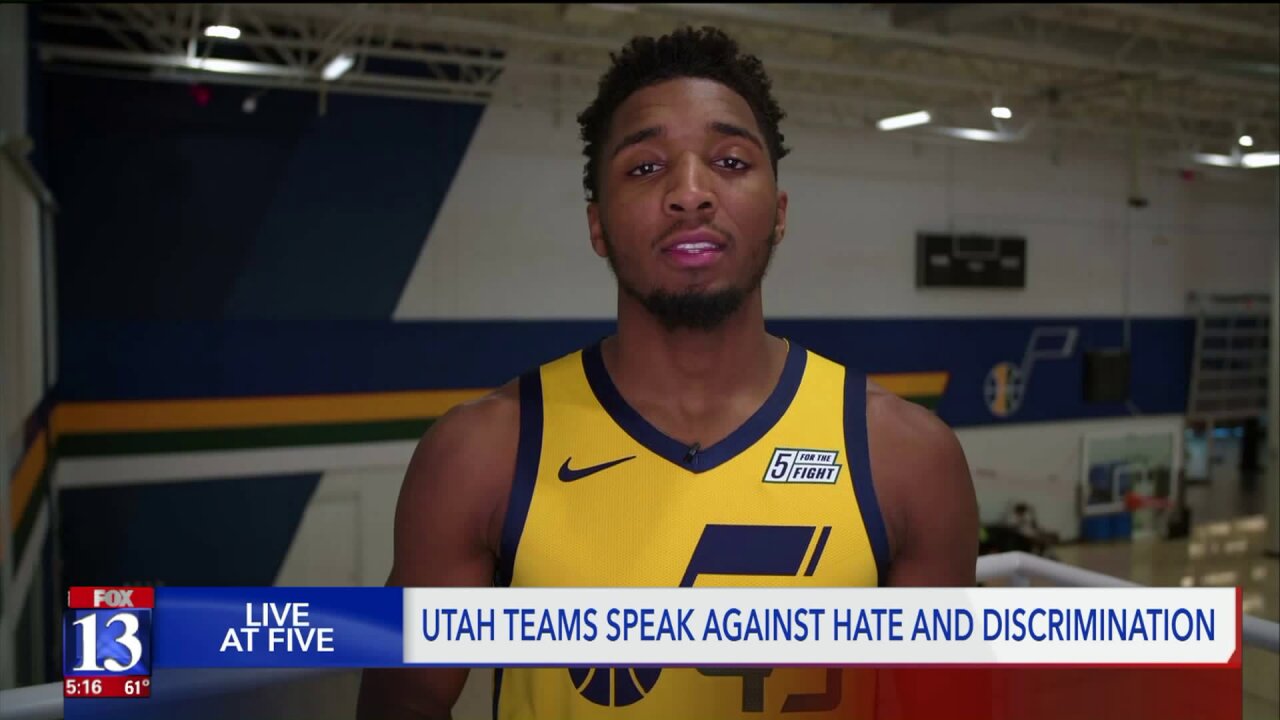 SALT LAKE CITY -- The Utah Jazz and other sports teams across the Beehive State launched a new initiative against racism and hate speech Friday.

Lead Together was launched by the Jazz but is a collaboration among many teams in Utah "to stand up to racism and hate speech, and to cultivate a community culture of inclusion and belonging."

“We realized being the Utah Jazz and the platform we have that perhaps we could gather some folks together and try to make a difference,” Don Stirling the Exec. V.P. for the Utah Jazz said.

A video released Friday shares a message of inclusion and calls on fans to speak up when they see or hear acts of hatred.

“The words we speak at games towards the athletes, towards the referees, to each other these are the things that we said you know, we can do a better job in the words we choose to use,” Strirling said.

Athletes and coaches from several Utah teams appear in the video, including the Jazz's Donovan Mitchell and Utah and BYU football coaches Kyle Whittingham and Kalani Sitake.

“As soon as we reached out to whether it was a coach, an athlete, an organization as soon as they realized what we were trying accomplish they were on board,” Elaina Pappas said.

The website for the initiative includes a statement from Gail Miller, owner and chairman of the Larry H. Miller Group of Companies and the Utah Jazz:

"Everyone who walks through the doors of a sporting event, whether it’s a fan, staff member, coach, player, or guest, should expect courtesy, respect, common decency and civility. We are united in our values, and we’re all joining together as citizens of our communities and the state of Utah to make a clear statement about who we are and what we’re about. Words matter. No one wins when respect goes away."

The mission of the campaign is to:

Earlier this week the U of U apologized for a hateful message a fan sent to an opposing player following a football game, and earlier this year the Jazz permanently banned a fan for verbal abuse in a vocal altercation with Russell Westbrook.

Another Jazz fan was banned after video of another exchange with Westbrook from 2018 came to light.

Here's the entire PSA which will be played for the first time at Saturday's home game between the Utah Jazz and the Sacramento Kings , and at every home game for the rest of the season.