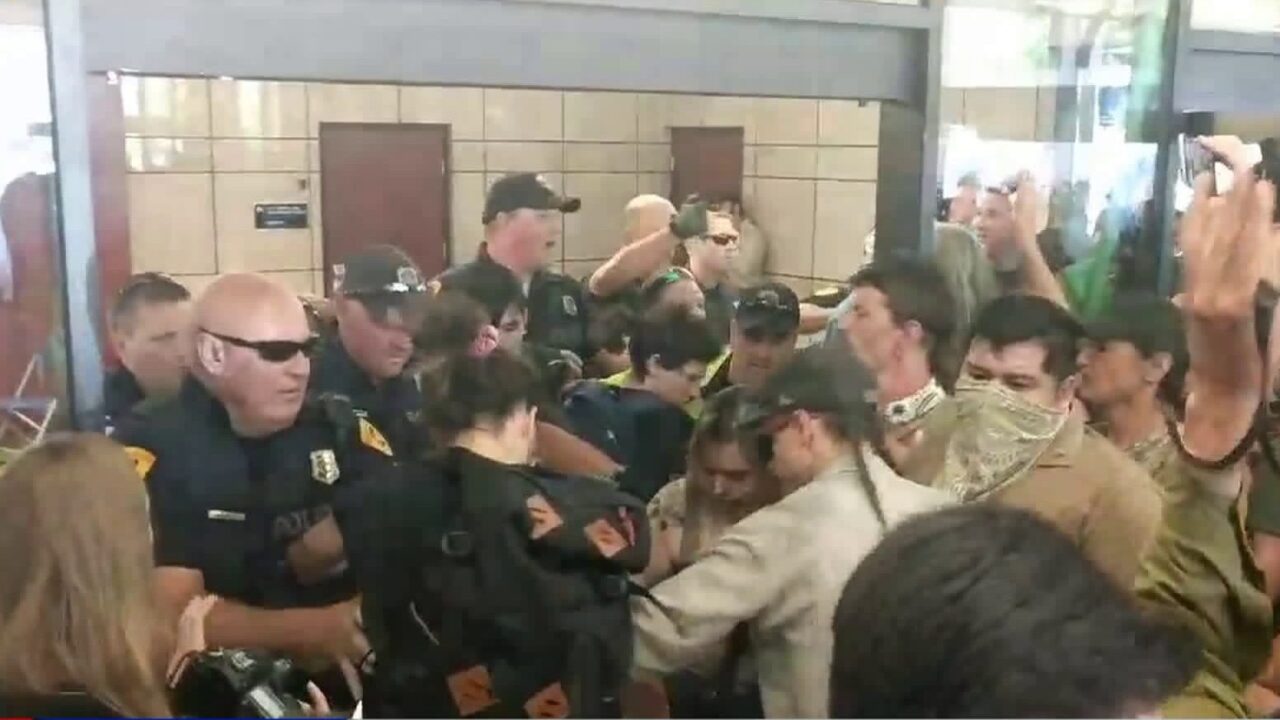 In July, eight people were arrested in a heated protest at the Utah State Chamber of Commerce building. On Monday, the attorney’s office announced that it was charging 10 people with counts of riot, criminal trespass and other various charges. In the announcement, the attorney’s office said it had reviewed extensive footage from police body cameras, cell phones, surveillance cameras and media footage.

“We also carefully considered the sometimes difficult but crucial distinction between lawful protest, which is protected by the First Amendment, and the criminal conduct of specific individuals, which is not,” the attorney’s office stated.

The individuals charged are:

All 10 are charged with riot, which District Attorney Sim Gill said is based on “substantial property damage.”

Four others were charged with lesser counts of misdemeanor rioting, Gill said in an interview. The Salt Lake Tribune reports that Michelle Lynn Mann, 29, Paula Carolina Bravo-Latin, 25, Elizabeth Allen Chauca, 30, and David Self Newlin, 35 are being charged with misdemeanors.

The attorney’s office says cleaners found human feces and urine in offices where protesters gathered after officers cleared the building.