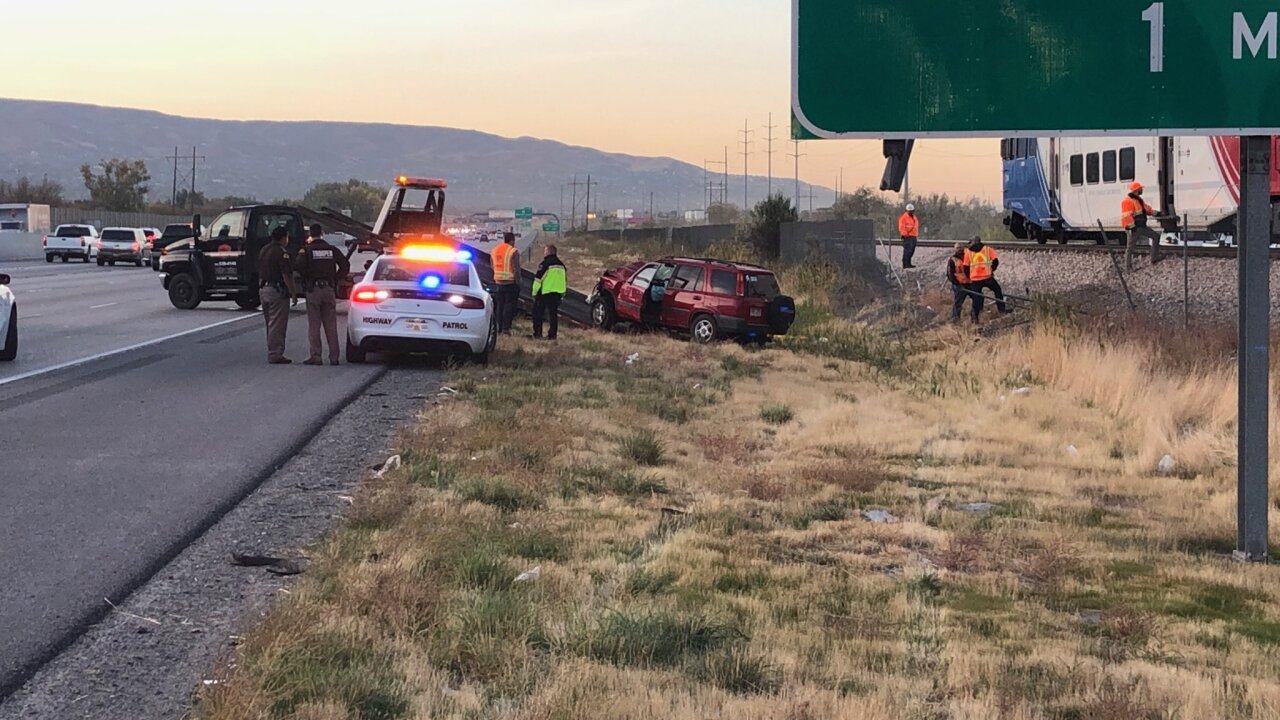 CENTERVILLE, Utah — The scene has been cleared and FrontRunner service along with traffic on I-15 are getting back to normal after a medical episode sent a vehicle onto the train tracks in Centerville Wednesday morning.

A dash camera captured the dramatic moments as a trooper rescued that driver from the oncoming train.

UTA Spokesman Carl Arky stated the incident occurred around 6:50 a.m. on a section of track between Pages and Parish Lane in Centerville.

A driver suffered a medical episode on I-15 and ended up stopped on the train tracks. An oncoming FrontRunner train hit the car, but not before a trooper responding to the scene pulled the driver to safety.

Arky said a Utah Highway Patrol trooper saw the car on the tracks and responded, “getting the only passenger in the vehicle, the driver, out of the car prior to impact with the FrontRunner train.  As a result there are no known injuries at this time to the driver of the vehicle or anyone on the train.”

The crash on I-15 closed the right lane of southbound I-15 at milepost 320, but that closure has since been lifted as of about 8:15 a.m. Drivers will see residual congestion and delays.

A bus bridge was in effect between the Woods Cross and Farmington stations.

Fox 13 News will update this story as more information emerges.