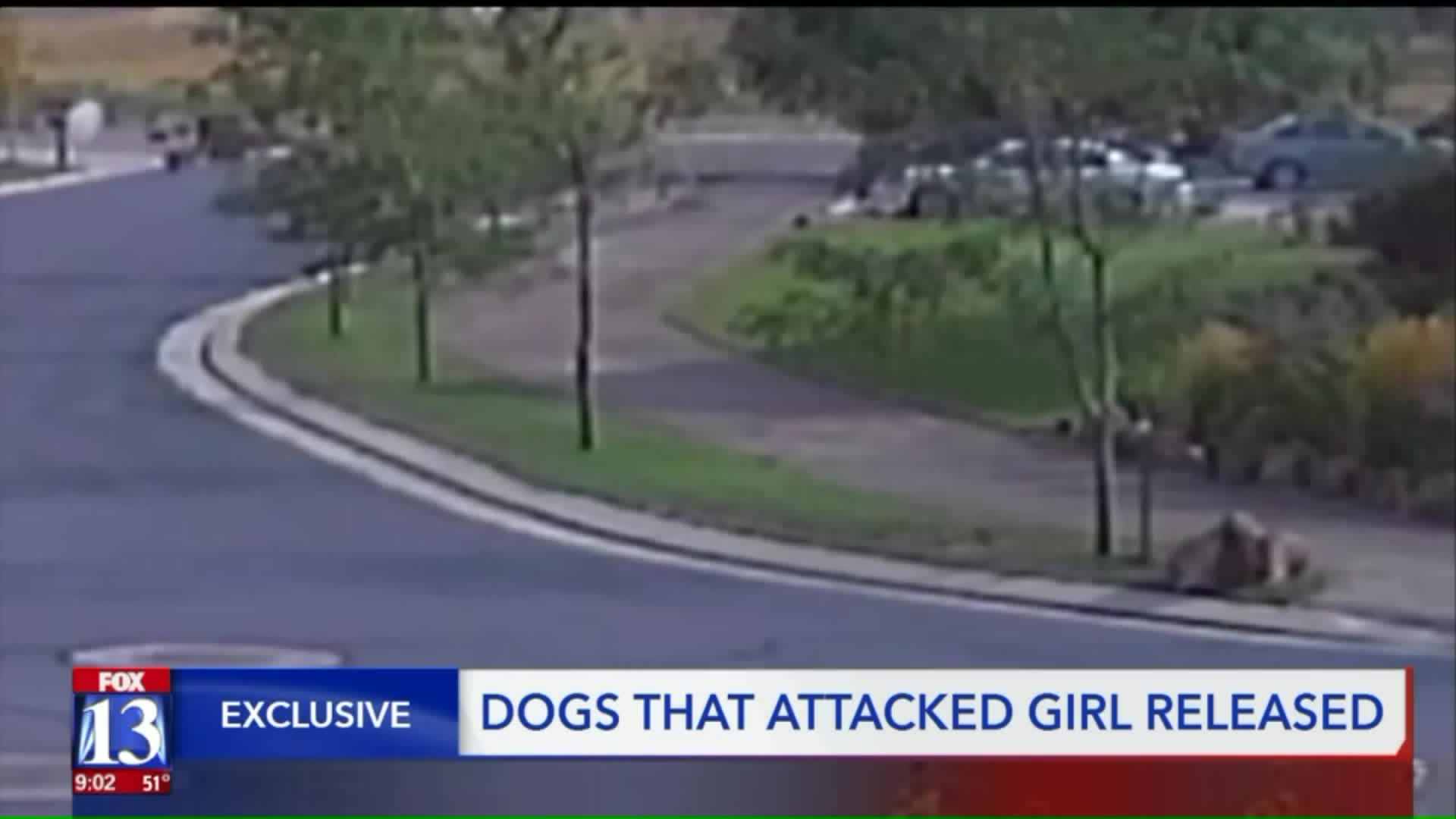 Two dogs that attacked a girl on a bicycle last month will not be put down, but their owners were told to move them out of the area and keep them separate. 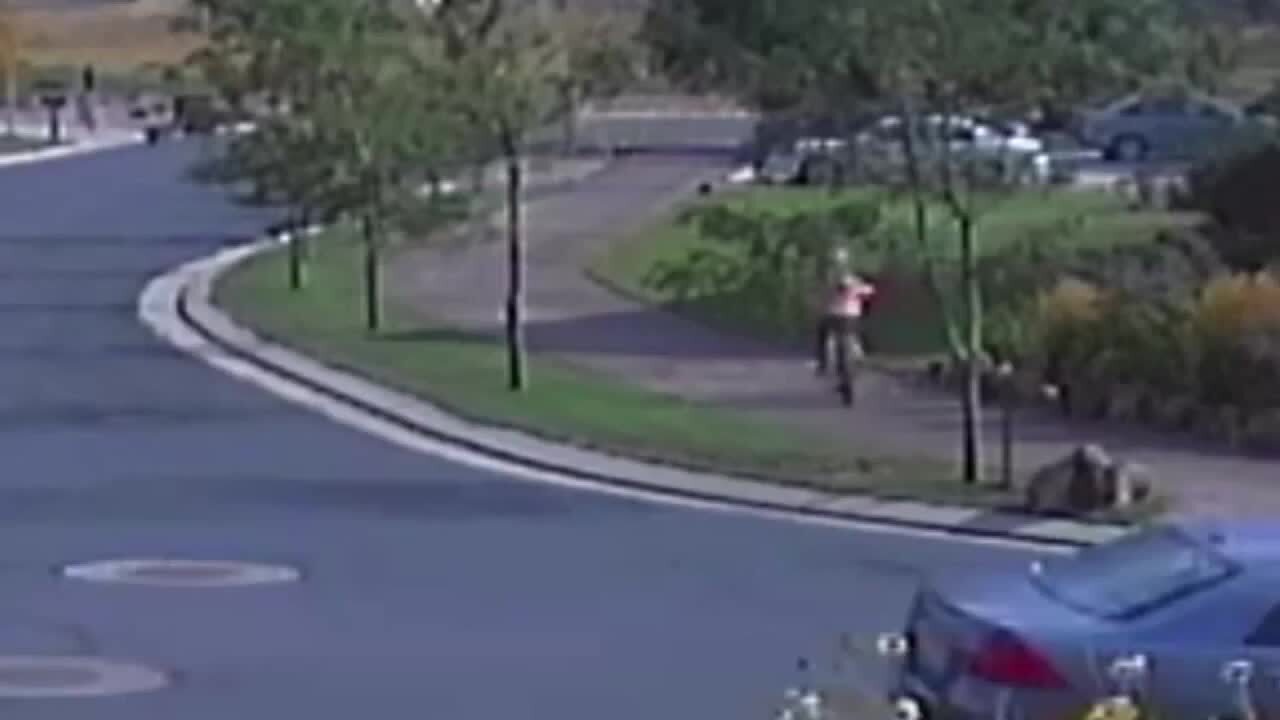 EAGLE MOUNTAIN, Utah — Officials in Utah County have decided to release two dogs back to their owner after they attacked a 9-year-old girl riding her bicycle in Eagle Mountain last month.

The two dogs, a mastiff and wire terrier, were kept under quarantine at the North Utah Valley Animal Shelter for 10 days after the attack, which took place on Sep. 11.

The girl suffered “significant” but not life-threatening injuries, potentially because she was wearing a heavy coat at the time of the attack.

Chris Gricius, who lives close to where the attack happened, heard the little girl screaming and ran in to help. He grabbed an American flag and swung it at the dogs to get them to stop scratching and biting.

The dogs charged at a second girl riding her bicycle, but she was not injured.

“It’s really hard to hold your kid when they’re crying like that, and it’s really — it makes you feel guilty,” cried Rachel Clarke, the victim’s mother, a few days after the attack. “Perhaps their animal that is happy and sweet around their family might not be towards other kids.”

"If she hadn’t been wearing that coat and that helmet, I can’t even imagine the damage those dogs would have done to her," Gricius said. “These are going to be mental scars that she carries through her whole life... I mean, at what point do you keep a dangerous animal around?”

The owners, identified as 44-year-old Michael Barton and 20-year-old Corey Barton, are now facing misdemeanor charges for failing to keep the dogs from running at large.

The dogs were released back to the Barton family after they signed a written agreement which states they will separate the two dogs from each other. They also agreed to keep the two dogs out of Eagle Mountain.

Neighbors said they believe the family has cooperated, having not seen the two dogs since the attack. Nevertheless, many of them disagree with Utah County’s decision not to euthanize the dogs which are considered “vicious” by the county’s own definition.

“Based on what has been reported to us in the past, the dogs didn’t have this kind of history,” Cannon said. “There wasn’t a strong enough case leading us to the point where could say, ‘Yes, absolutely. These dogs need to be put down.’”

Cannon acknowledged that, since the attack, multiple neighbors have reported the dogs would routinely break through a fence on the front yard of the property. Still, because nobody reported it at the time, officials could not use that information in their decision whether to euthanize.

If Gricius was armed with a gun on the day he went to help the 9-year-old victim, he would have been well within his right to shoot, Cannon said.

“We’re talking human beings and animals here,” Cannon said. “I know saying that might offend some people who are avid animal lovers. I have pets myself. I don’t want them to be harmed, but at the same time, human life is our absolute and utmost priority… If previous incidents had been reported, then maybe the owners would have taken more definitive action to make sure that the dogs didn’t get loose, and then this nine-year-old girl wouldn’t have been attacked.”

Cannon stated the subjectivity of Utah law made the decision whether to euthanize the dogs difficult. He said he hopes the law is clarified in order to help peace officers understand what steps need to be taken in future incidents.

“If I were the new neighbors of these dogs, I’d want to know that those dogs had attacked somebody in the past. Just because they’re moved doesn’t mean the problem is over,” Gricius said. “I’ve got large scary-looking dogs, but rest assured that if any of them ever attacked or bit somebody, we would not be having this conversation about keeping them somewhere else. They’d be put down immediately.”

When FOX 13 attempted to contact the Barton family at their residence, the house was empty. A painter answered the door and said the family no longer lives at the residence because they are planning to put the house up for sale.