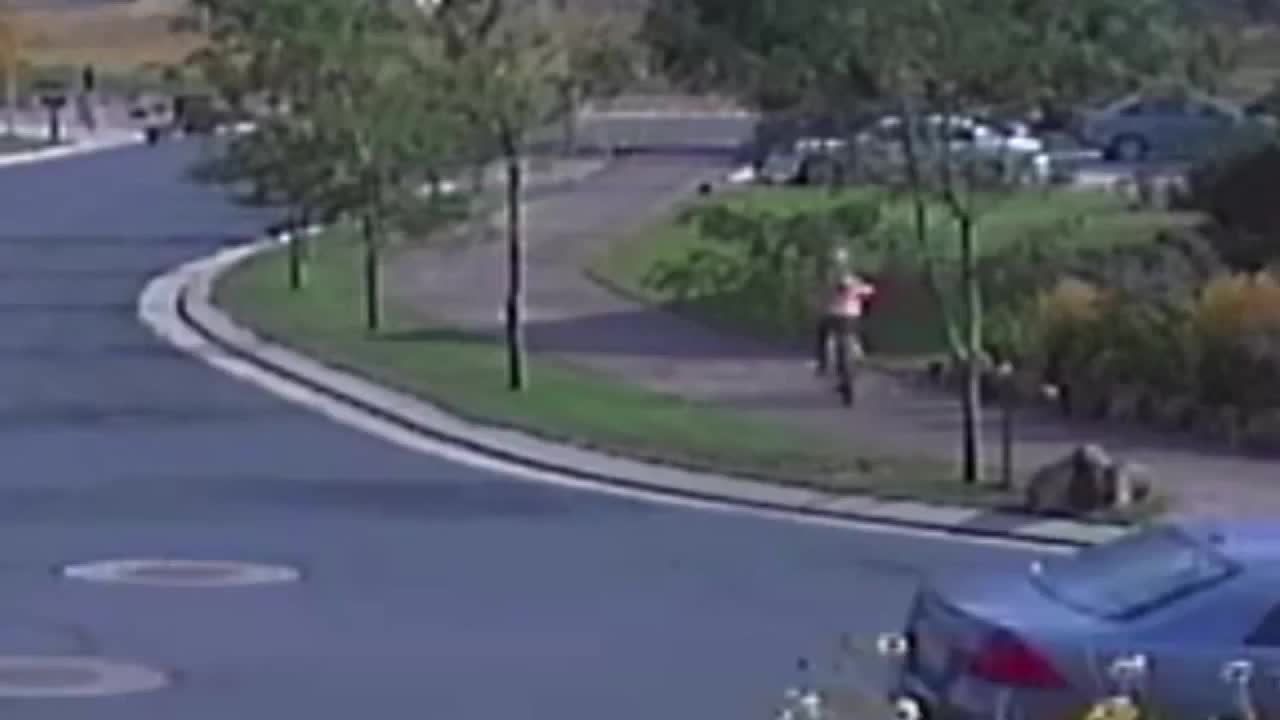 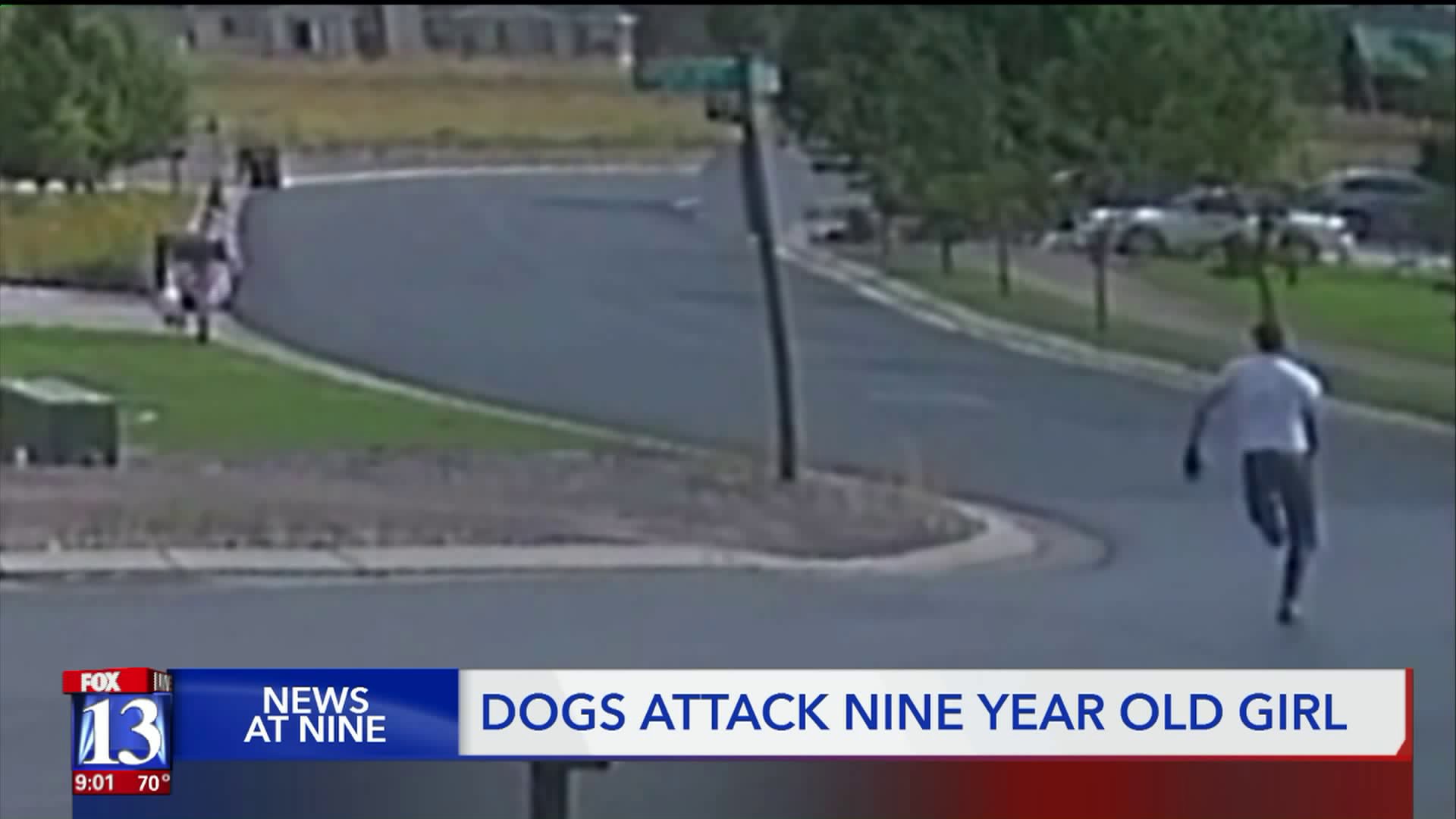 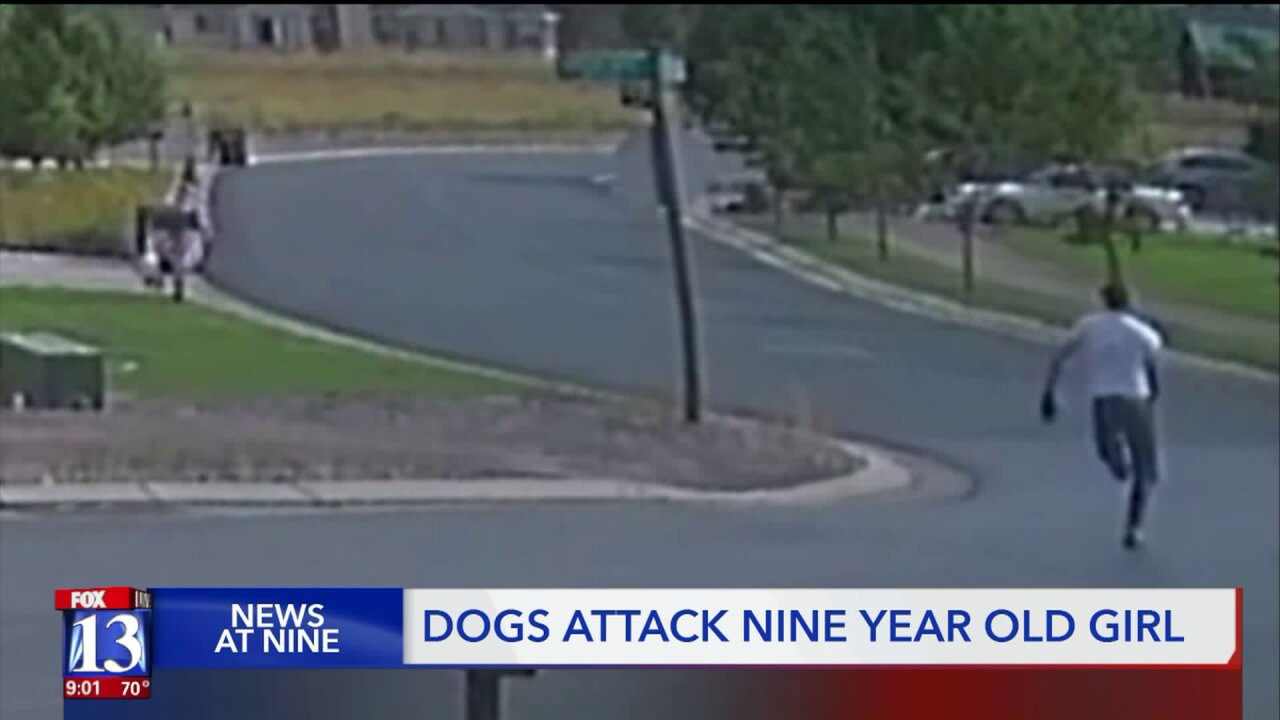 EAGLE MOUNTAIN, Utah — A 9-year-old girl suffered bite and scratch wounds when she was attacked by two dogs in Eagle Mountain earlier this week.

According to the Utah County Sheriff's Office, the attack happened on Wednesday around 4:30 p.m.  Two large dogs, a Mastiff and a Wire Terrier, knocked the girl to the ground in the Meadow Ranch area, where the girl was riding her bike.

"The attack continued for more than a minute until a man who lived nearby ran to help and chased the dogs away," a news release from the Utah County Sheriff's Office said. "[The girl] sustained numerous bites and scratches on the front and back of her upper body and on her arms."

Another child who was nearby was not injured.

The dogs have been seized and taken to the North Utah Valley Animal Shelter. Their owner has been cited for allowing an attack by dogs and for allowing the dogs to run at large, the news release said.

Chris Gricius was outside his house when he heard the girl's screams.

"She was just absolutely terrified. The terror was — that’s something to remember for the rest of my life," he said. "It was the scream of just sheer terror. It wasn’t your 'I skinned my knee' or 'I’m hurt, come help me.' It was life-threatening, 'I’m-screaming-because-I’m-going-to-die' type scream."

Gricius saved the little girl by grabbing an American flag from a yard and swinging it at the dogs to shoo them away.

"She was so hysterical, I couldn’t even get out of her where she was hurt yet," he said. "If she hadn’t been wearing that coat and that helmet, I can’t even imagine the damage those dogs would have done to her."

For an attack this brutal and that could have ended up deadly, he believes the dogs should be euthanized.

"I do believe that once a dog has crossed that line, has nipped at a human or has attacked a human, that’s it. You can’t unprogram that. You can’t make that un-okay in the dog’s mind," he said.

Rachel Clarke, the girl's mother, said she doesn’t know how she will move forward from here but the main priority is making sure her daughter recovers.

"Chris is a superman. I just hope every good thing comes his way. I don’t know what we would have done without him, or how bad it could have gotten if he hadn’t been there," she said.

Utah County Sheriff's Sgt. Spencer Cannon said the dogs' owners felt very bad about the ordeal — not because their dogs were taken, but because of what happened to the little girl.

"Anybody who watches that video, it kind of turns your stomach to think about what this poor 9-year-old is going through," Cannon said.