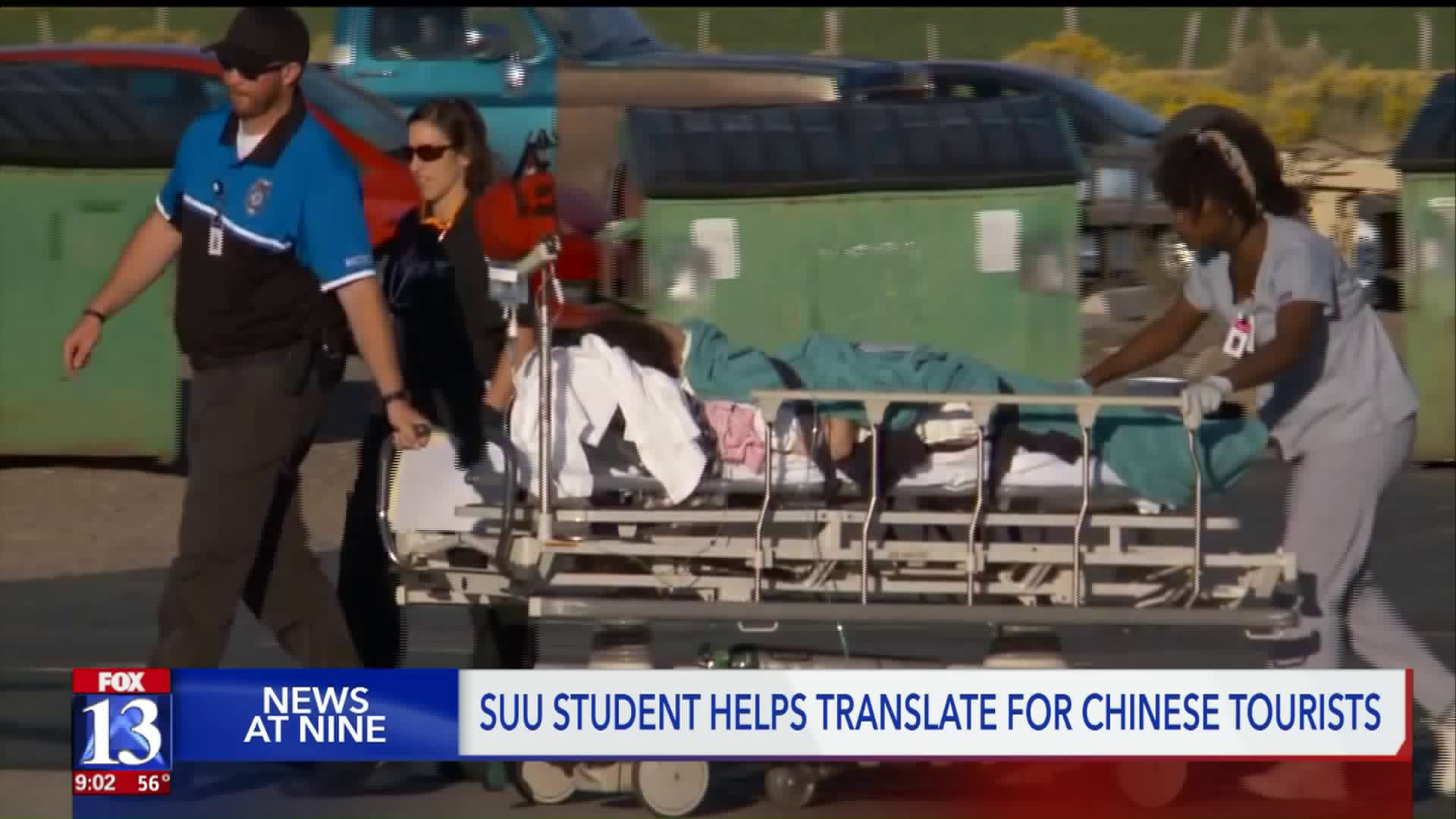 In the wake of tragedy, an international student at Southern Utah University jumped on a call for service, acting as a translator for the 26 Chinese tourists injured in a bus crash near Bryce Canyon. 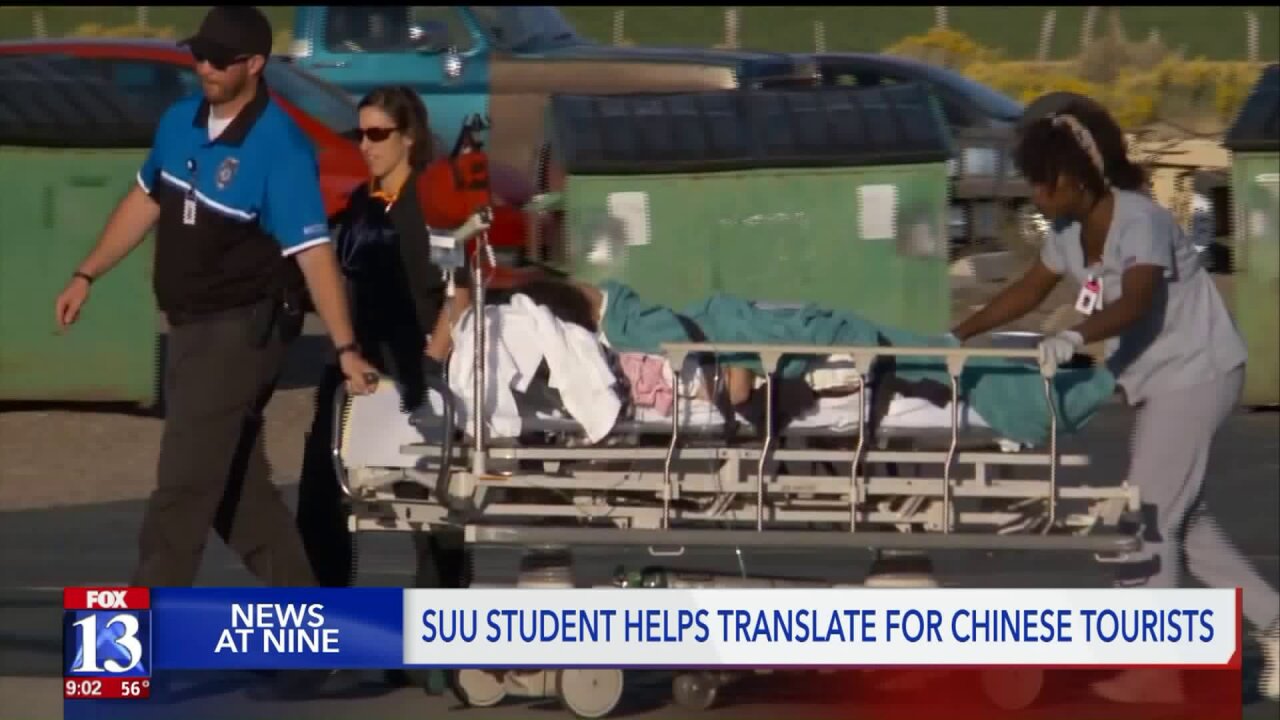 GARFIELD COUNTY, Utah -- In the wake of tragedy, an international student at Southern Utah University jumped on a call for service, acting as a translator for the 26 Chinese tourists injured in a bus crash near Bryce Canyon.

“I was shocked, I didn’t know what to say,” said Jason Chang as he recounted the moment he saw the aftermath of a tour bus crash near Bryce Canyon Friday.

“The bus was just, just like a mess,” he continued.

When Chang moved to Utah from Taiwan to attend Southern Utah University, he never thought he would see anything like it.

The tragedy claimed the lives of four Chinese tourists and sent the other 26 people on the bus to the hospital.

“Everything was just, like, broken,” Chang said as he described the bus.

He was in the middle of his shift at the Confucius Institute when it happened.

“I got a call from the sheriff’s office that there is an emergency accident and, ‘I need somebody who can speak Chinese to translate for the tourists,’” Chang said.

Despite his shock, he knew what he had to do.

“I know they cannot speak English, so I know they must be really panicked,” he said.

Chang was sent to one of the area hospitals to act as a translator. For hours he helped the nurses and doctors communicate with their patients.

“They [the bus crash victims] told me they never expected this kind of accident and they just don’t know what to do or how to react,” Chang said. “Some of them [were] really in pain.”

He then assisted law enforcement as they conducted interviews – trying to see what everybody remembered.

“I didn’t really think a lot of things, just trying my best to do what I could do for them," he said.

Now, in the wake of tragedy, Chang feels grateful for everyone who answered the same call that he did.

Mike Sarels, a volunteer firefighter from Panguitch, learned Mandarin Chinese on his Latter-day Saint mission to Taiwan in the 1980s and was able to help.

“I was in the ER going between the different beds," he said, "helping the doctors understanding where it hurt, what was wrong."

For hours, he was the only translator for the injured Chinese tourists.

"I am just really glad to be able to help. I am glad I’ve been trained to help people, and I’m glad I had a little extra language skill today to help people who couldn’t speak our language," Sarels said.

“I feel like when there are needs, it’s beyond nations,” Chang said. “Nobody cares about where you come from, who [you are], they just do whatever they can and I just think this is the best thing in the world.”