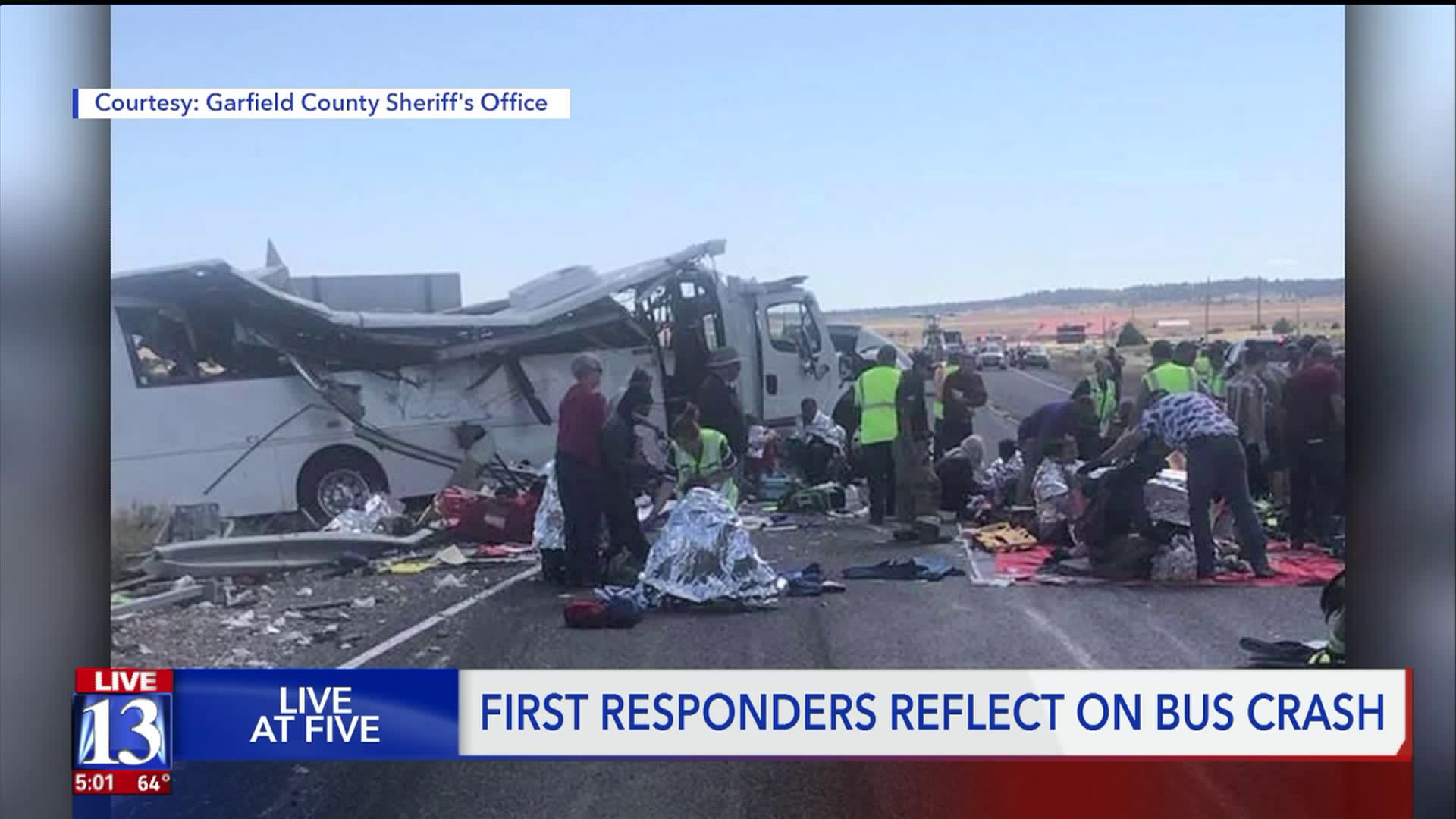 Friday's crash that left four dead could have been even worse if first responders -- many of whom were volunteers -- hadn't arrived so quickly. 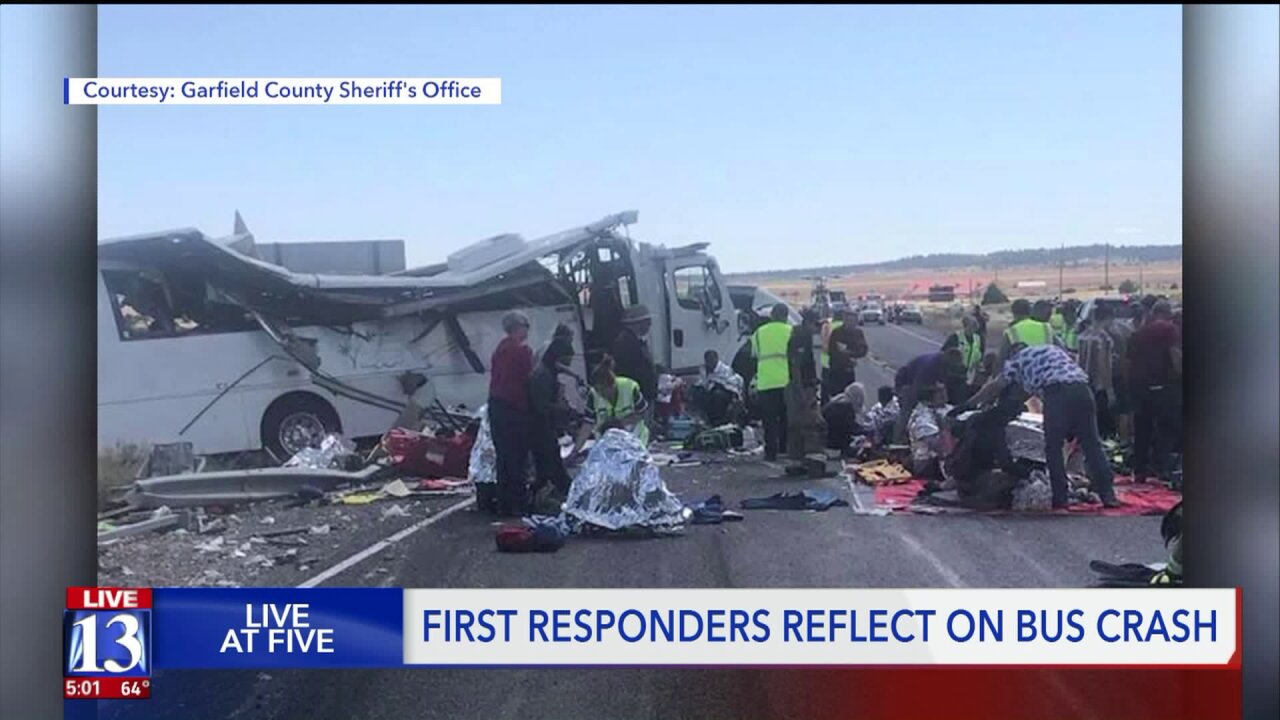 GARFIELD COUNTY, Utah -- One day after a bus carrying tourists from China crashed on State Route 12 near Bryce Canyon, first responders say they are thinking about some of the little moments that made a difference in saving lives.

The crash killed four and injured nearly every single one of the other 26 people on board.

Call it being in the right place at the right time — or maybe, "call it a miracle or a blessing," said Ron Harris.

However you see it, there's no doubt that what Harris said he experienced on Friday amidst the horrible crash scene is what will stick out to him as he thinks about that day.

Harris works at Ruby's Inn as the health and safety manager. On Friday morning just before 11:30 a.m., he got news of a crash in the area.

He said word of the emergency got out pretty quickly.

"The tourists were calling it in, and they were just saying, 'We're right by Bryce,'" he said.

The crash was right by Harris, who also happens to be the volunteer fire chief for both the Tropic and Bryce City fire departments. On top of that, he's an Advanced Emergency Medical Technician.

Thankfully, his work understood the situation. Harris and two other employees from Ruby's Inn who double as volunteer Basic EMTs immediately took off and drove up the road.

It was a quick turn from their day jobs, to a devastating crash scene.

As some of the very first responders on the scene, he described how they couldn't even communicate with the more than two dozen Chinese tourists at first.

"We had no translation at all," he said. "It was mostly sign language."

He said that he began to gesture and act things out, in order to get information out to people and start to triage.

Bystanders jumped in to help where they could.

Perkins indicated that crucial help stretched from the scene on the highway, to the hospital in Panguitch.

At Garfield Memorial Hospital, Perkins explained that it just so happened staff were in the middle of a training.

Other nurses from outside the area were training staff on trauma, he explained.

"We had some extra nurses on hand — and trauma nurses — and that's exactly what we needed," Perkins said.

Exactly what they needed. Perkins commented that it helped behind-the-scenes, as the hospital took all the patients in.

"Man, they come together down there," Perkins remarked. "It was impressive."

Whether blessings, miracles, or complete coincidences, Perkins and Harris found reasons to be thankful even in the worst moments.

"It's just the little tiny things," Harris said. "As I laid awake this morning at 4 o'clock... running the whole incident through my head over and over again, of the many tender mercies that happened."