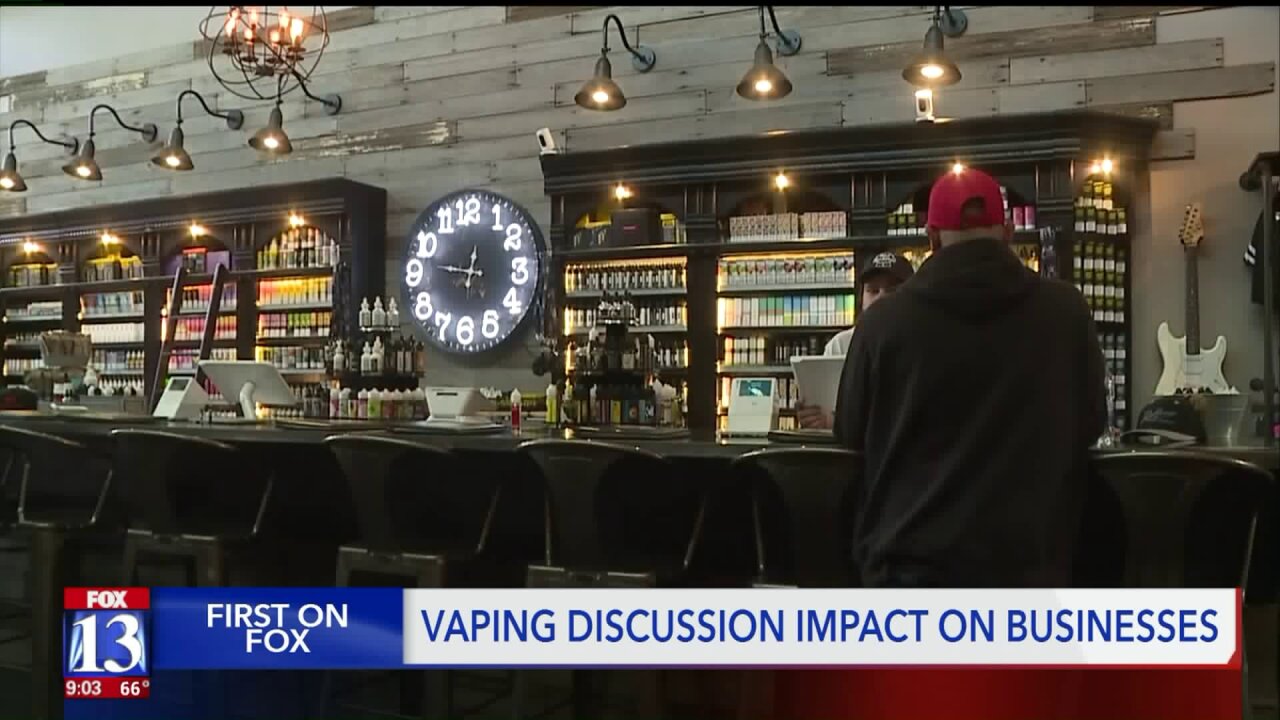 SANDY, Utah -- The controversy over vaping continues as store owners react to legislators and the research they presented.

Michael Berry, owner of the Blackhouse Vapor Company, said they initially saw a dip in sales, but this week has been steady.

The claims made by legislators that illegal drugs or opiates were found in E-juice are false, at least for Berry’s business.

“All of our e-juice is regulated by the state health department,” Berry said.

Blackhouse is compliant with FDA and Utah’s rules, Berry said, and he’s not afraid to prove it.

“We’ll be testing our own e-juice and we’ll release those tests,” Berry said.

While they wait for results, business continues as usual.

One customer, Ashton Scarlett, has been vaping for four years as an alternative to smoking.

“I know what it is that I’m putting into my body,” Scarlett said. “I’ve done my research, and it honestly just feels like a knee jerk reaction.”