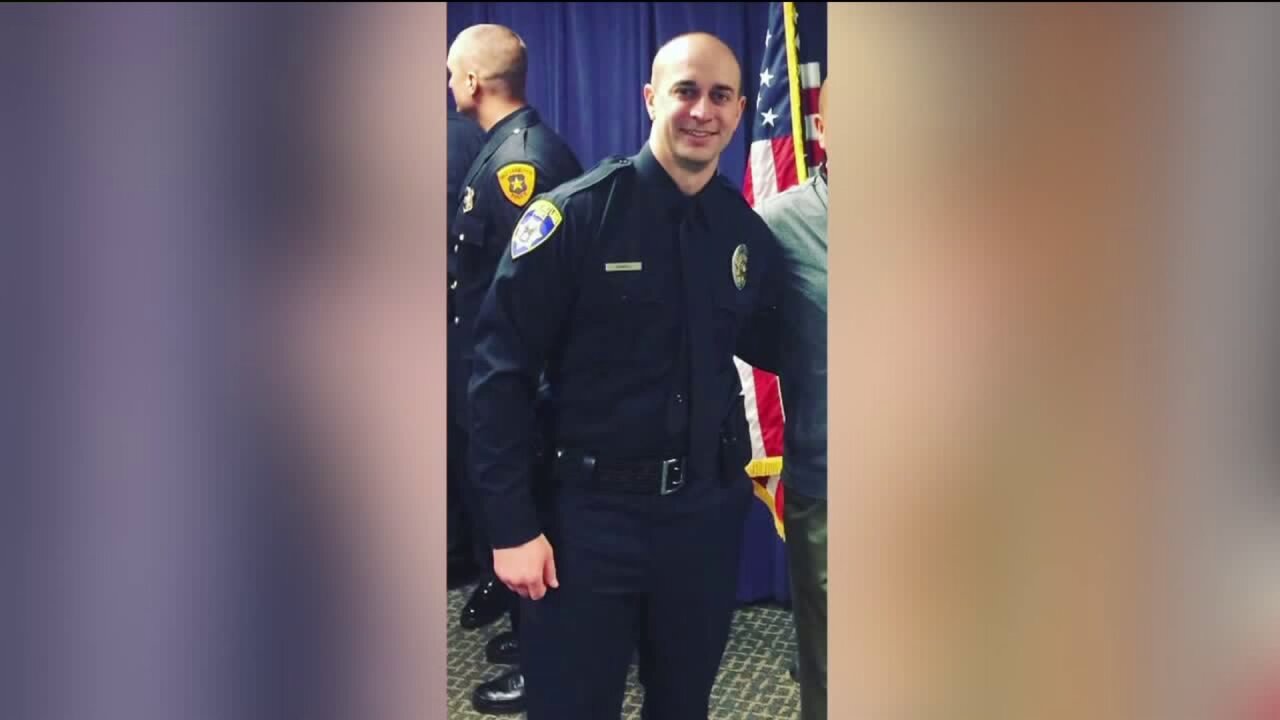 SOUTH SALT LAKE, Utah — The Salt Lake County District Attorney’s Office has cleared an officer for shooting at the man who hit and killed Officer David Romrell with a car.

South Salt Lake Officers Romrell and Carson Aprato were responding to a burglary report November 24 when they encountered two suspects in a vehicle. As the officers left their patrol car and told them to stop, the driver accelerated toward them, hitting Romrell, who later died from his injuries.

In the process, both Romrell and Aprato fired their weapons at the vehicle, hitting and killing driver Felix Calata.

In a letter sent to Salt Lake County Sheriff Rosie Rivera and South Salt Lake Police Chief Jack Carruth on Thursday and publicly released Friday, the District Attorney Sim Gill wrote that Aprato’s use of deadly force was justified. The letter states that he would likely be able to successfully argue in court that he used deadly force to “prevent death or serious bodily injury to the officer or another person.”

Gill also states that although charges can’t be filed against a deceased person and that they didn’t screen possible charges for Romrell firing his weapon, the attorney’s office believes that their findings would likely support his actions as justified based on the same reasons as Aprato’s.

The letter states that Calata was hit by two bullets, and passenger Jeffrey Black was injured when their car crashed a short distance away.

Black’s case, including murder and robbery charges, is still in process. Court documents indicate that he has not entered a plea yet.

The full letter from the attorney’s office can be read here.