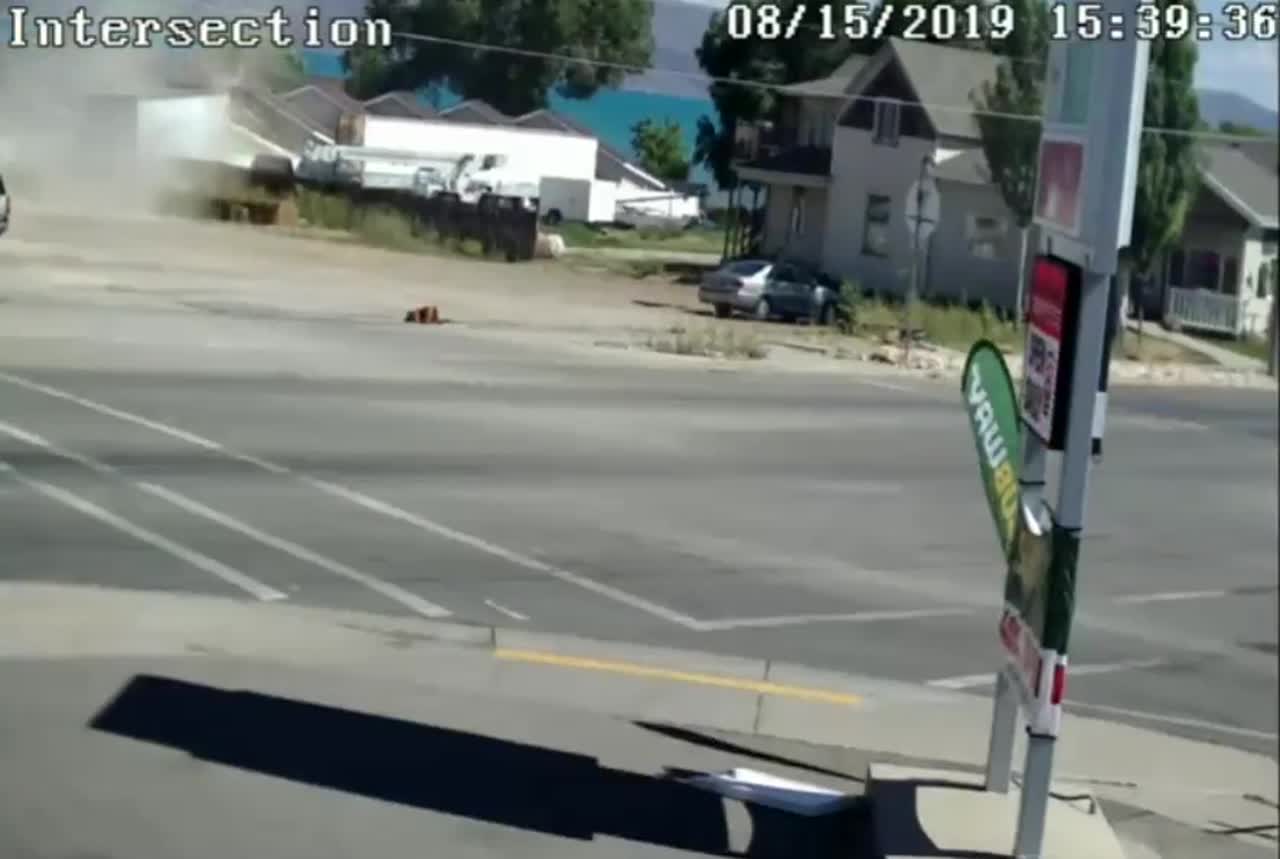 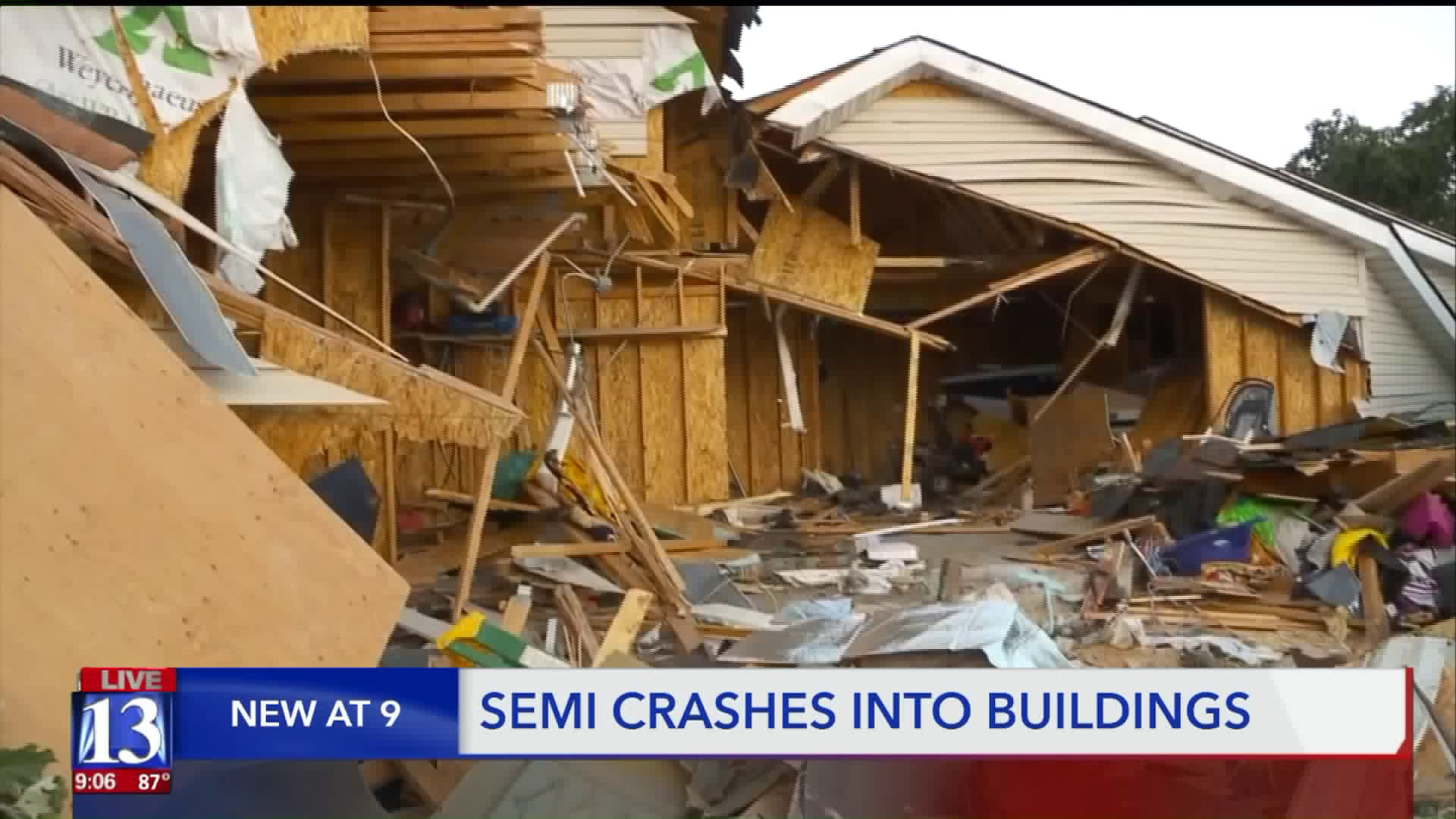 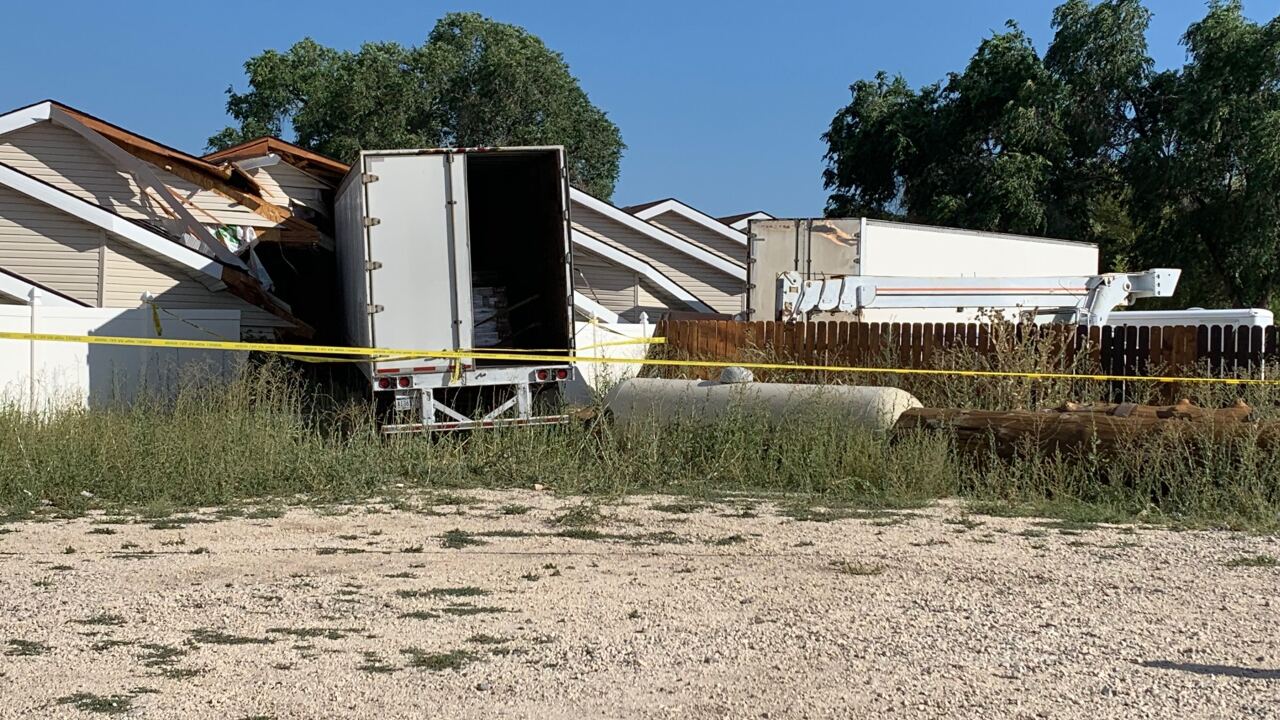 GARDEN CITY, Utah — A semitrailer crashed into some storage buildings near Raspberry Square in Garden City Thursday afternoon, according to the Utah Highway Patrol.

UHP said the semitrailer, which was hauling chocolate milk, lost its brakes as it approached an intersection before crashing into the buildings near mile marker 499 on U.S. Highway 89.

Garden City Fire Cheif Make Wahlberg said the driver was looking for a runaway truck ramp, but couldn't find one before blasting through Raspberry Square and crashing into the garage units of five condos.

The driver suffered non-life-threatening injuries and is in serious but stable condition.

UHP said it will take some time to clean up the scene of the accident and Wahlberg said a structural engineer is coming in to review how crews can extricate the vehicle.

Garden City is located on the west shore of Bear Lake, just south of the Utah-Idaho border and hosts the Bear Lake Raspberry Days festival.

Wahlberg said it was a miracle no traffic or pedestrians were hit as the truck came through the area.

Last October, a driver was killed when his semitrailer crashed into a sporting goods store in the same spot.

Another angle of the crash: 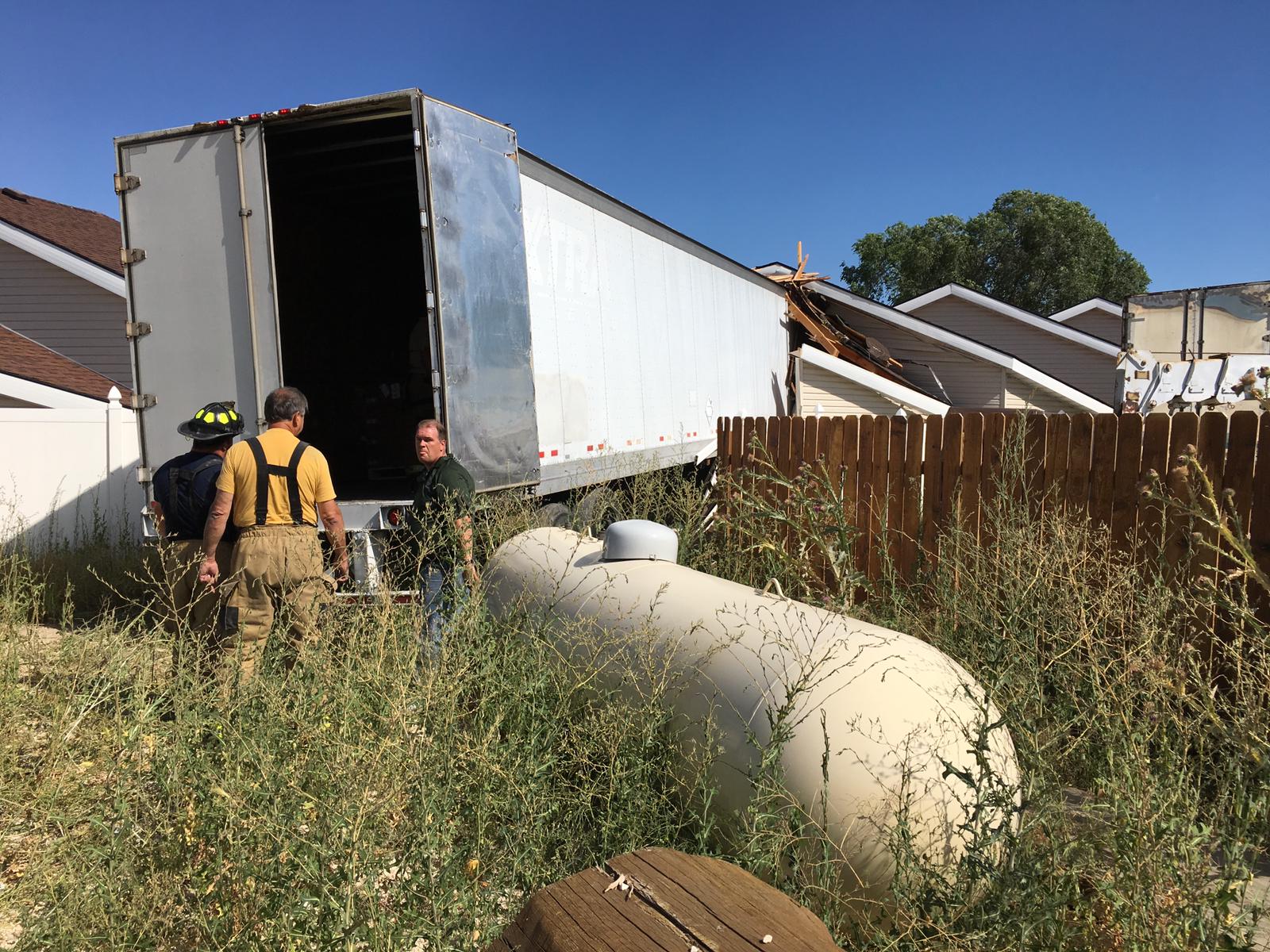