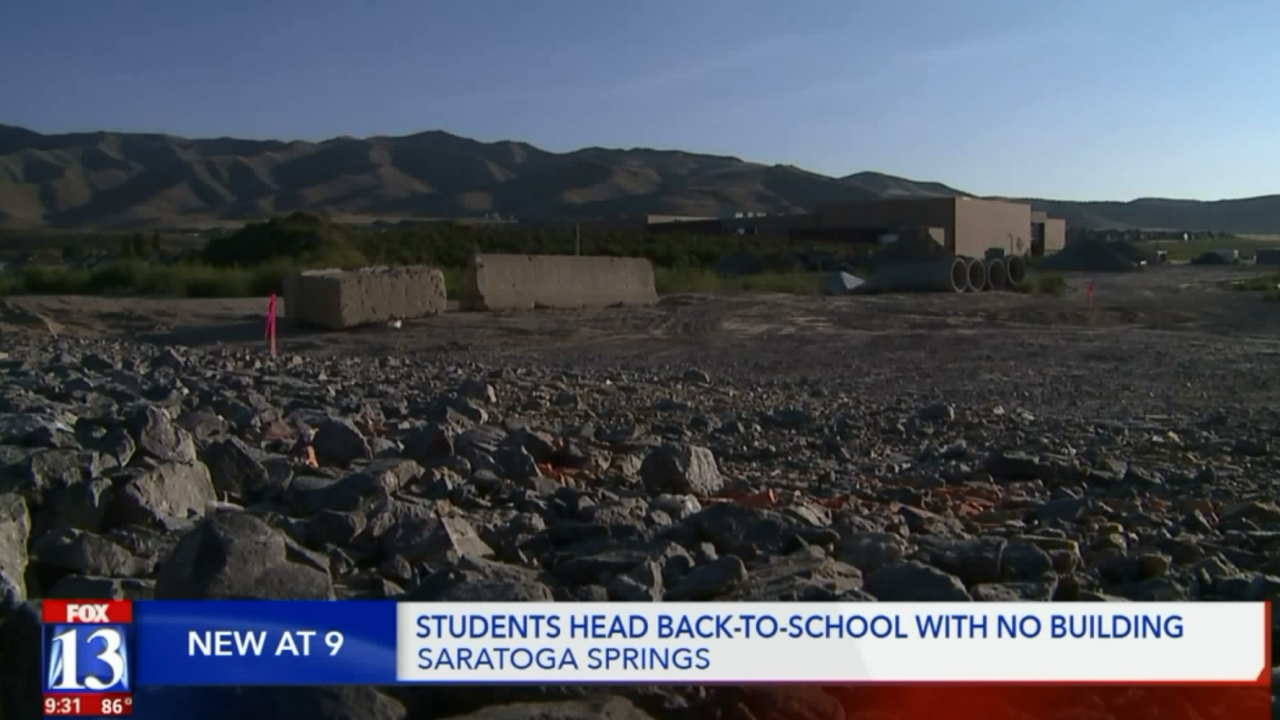 SARATOGA SPRINGS, Utah — Parents in Saratoga Springs have a clearer idea of how the first few weeks of school will go for kids who can't attend the new Lake Mountain Middle School.

On Wednesday, the Alpine School District released a detailed plan of how students will attend class while crews finish the building.

The school district said a 4-month delay in nearby construction projects, as well as a wet spring, contributed to the late completion.

It's not the only brand new school experiencing delays.

While he said his favorite part of school is "meeting friends," his first few weeks will involve sitting alone at home, on the computer.

His mom, Patty Brown, scrolled through an email she received on her phone Wednesday. It said Zachary will take online courses through a program called Canvas. He'll be able to attend an open class at Vista Heights Middle School on certain days and during a certain time slot.

That's because Saratoga Springs' only other middle school can't handle the extra students all at once.

David Stephenson with the Alpine School District said it wasn't an option to push back the start of school to accommodate, either.

So, middle school and district leaders had to get creative.

"Definitely a unique situation, with what I think is a unique plan and a unique solution," Stephenson said.

Part of the curriculum will take place with online courses that students complete in their own time at home.

The other part will involve students coming to Vista Heights during their allotted day and time, to meet with teachers and classmates.

Stephenson called it an "open lab."

"We have bus options for students to come and participate in the open lab," he explained. "We have Canvas training for parents."

They'll also host a back-to-school night, so kids can meet their future teachers in person.

The blended learning format will only run for a few weeks. Stephenson said they're confident the school will be ready for students on September 10.

He did say that some of the school may not be finished, and may be blocked off to students when it opens. However, he said classrooms will be ready.

Zachary admitted he's not a fan of staying home.

As his mom explained, "Zachary thrives in the classroom, and so I think I'm just going to have to kind of peek over his shoulder."

She'll watch over him during the lessons at home, and said she'll drive him to Vista Heights for the lab sessions.

It'll take some work, but they'll make due.

"It's going to be a learning curve, and a learning adjustment," Patty said. "I think he'll do fine."