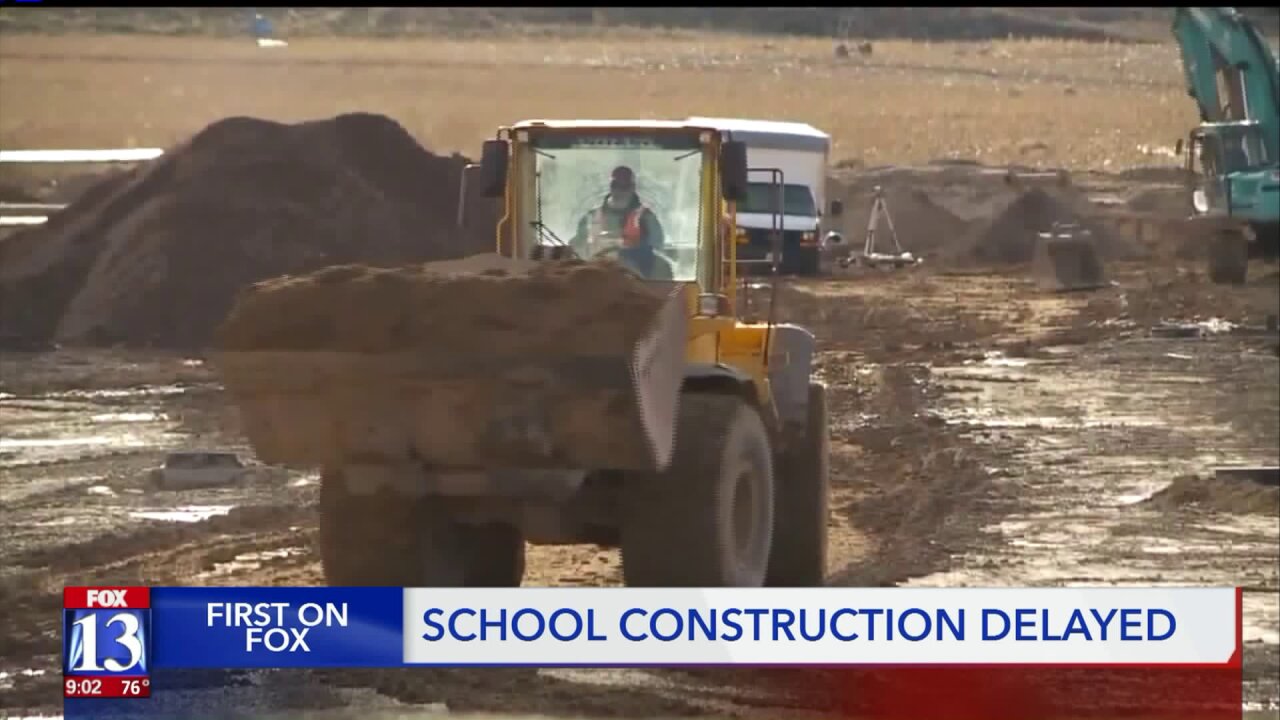 SALT LAKE CITY — Two Utah school districts are having to think fast to provide classrooms for hundreds of students, after announcing their brand new schools won't be done in time for the start of the school year next week.

Construction is still in full swing, forcing the school districts and parents to figure out a backup.

Ashley McFarlane lives just down the road from the new Orchard Springs Elementary School in Pleasant View. Two of her daughters, Ava and Kate, were set to start their third and first grade years on August 20.

But the Weber School District announced Orchards Springs wouldn't be ready in time. Ashley can see from her house that construction is still very much underway. The playground and grass area is covered in dirt and construction equipment.

"I didn't know what they were going to do. If it's not finished, where do they go?" She asked.

The district has had to figure out an answer to that question for 380 kids, Kindergarten through sixth grade.

"We're not happy about the situation," said Lane Findlay, the Weber School District Safety and Public Relations Director. "It's frustrating when you anticipate a new school opening, and that doesn't happen."

The reason it's not done, Findlay said, is because of delays and unmet deadlines. At this point, they don't even know when the building will be finished.

"That's really on the contractor," he said. "We've told parents to anticipate maybe one to three months."

In addition to the Weber School District, the Alpine School District's had to scramble to come up with a plan B, after they announced the new Lake Mountain Middle School was weeks behind schedule.

Instead of opening for the start of school on August 20, it'll open on September 10.

According to the district, the setback was due to a four-month delay in other construction projects near the school. They anticipated making up for lost time, but the district explained in an email to parents that a wet spring prevented that.

In addition to providing school online, the district told parents that kids can attend Vista Heights Middle School every other day at an assigned time.

He also explained they've had to divide up services between the schools to make sure there's enough resources.

"Child nutrition, and curriculum, counselors, aids-- all those things have to be considered," he said.

Transportation is one of the biggest issues, Findlay said, as they figure out the best way to get kids to and from school safely and in a way that doesn't create a burden to parents.

For Ashley, her daughters Ava and Kate will now be bused to two different schools rather than walking to Orchard Springs.

She's still figuring out logistics, like when and where the buses will arrive.

"We're just kind of waiting on edge here," she said.

When the school finally is finished, Findlay said students will transition over.

But for right now, he said their focus is on the kids and getting ready for the first day of school-- so that kids will feel comfortable in the other schools, and the transition will go smoothly.