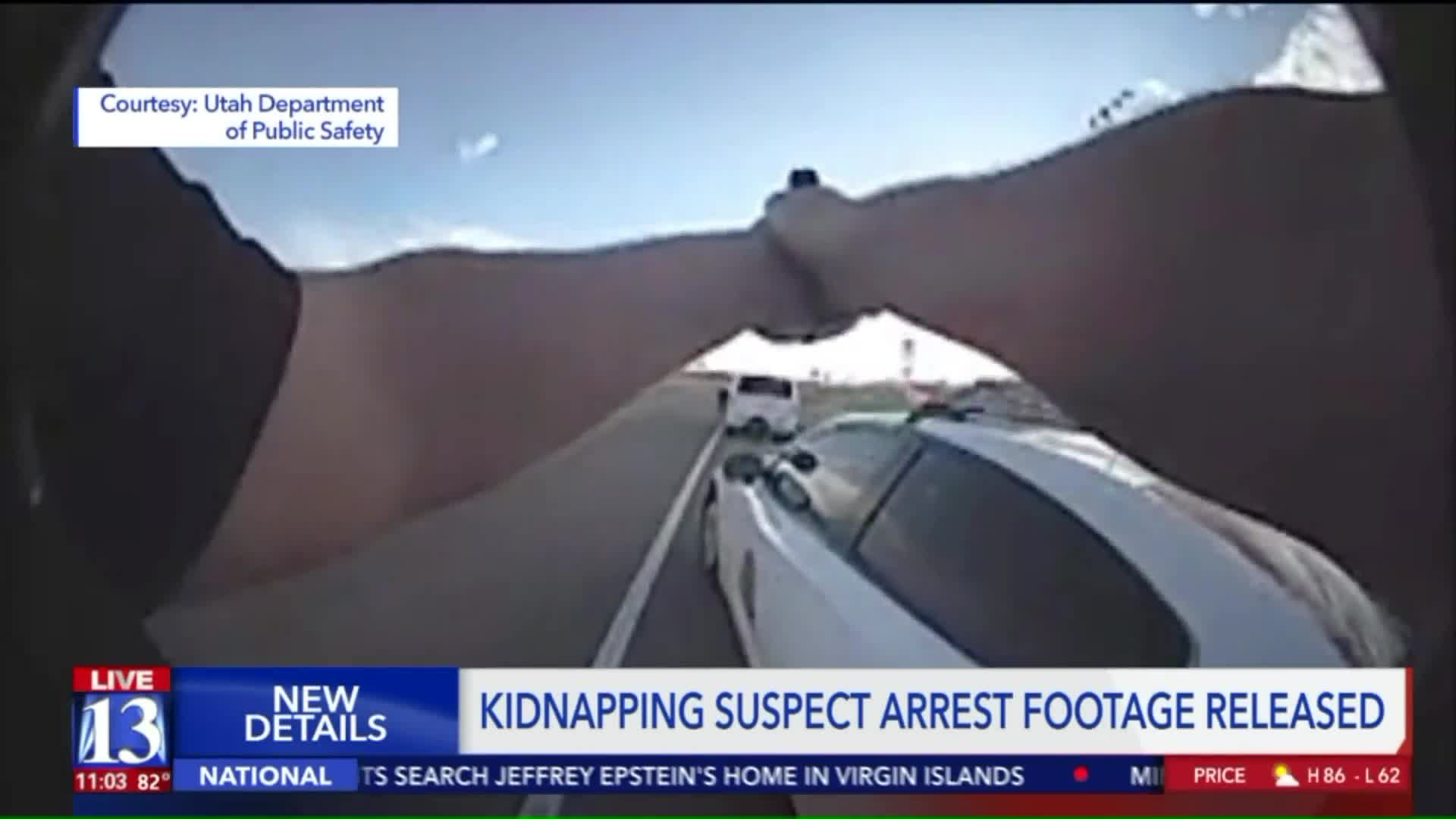 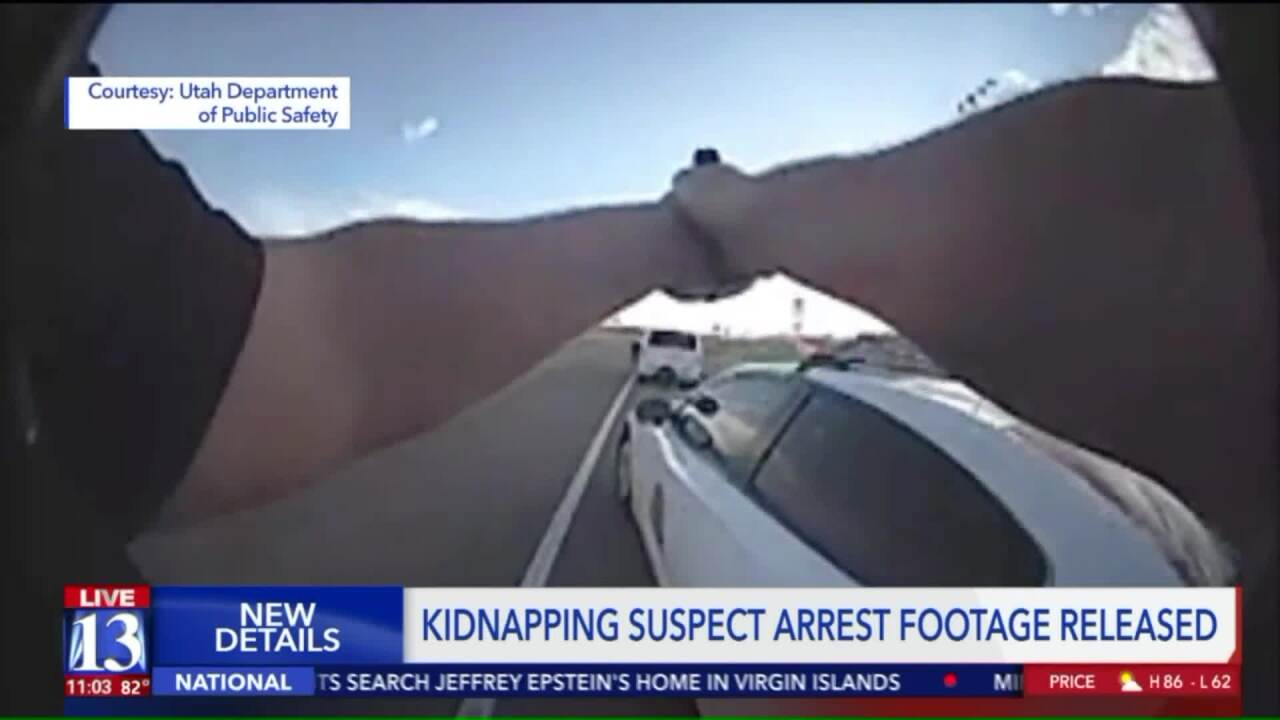 UTAH -- The Utah Highway Patrol released body cam footage that shows the arrest of a man accused of kidnapping two children in California and fleeing the state.

The 8-month and 20-month-old girls were taken from their home in Riverside, California on July 30 and on July 31 Trooper Adam Gibbs made contact with the suspected kidnapper and his parents along I-70 near Richfield.

The video shows the trooper making the traffic stop and placing the driver of the vehicle in handcuffs before calling out another passenger at gunpoint. After some yelling for him to open the door and get out, the man exits the vehicle and is taken into custody.

The video then shows troopers directing a woman to exit the vehicle with her hands raised.

The woman is holding one of the children, so a trooper approaches to take the child from her before sending her to another trooper to be taken into custody.

"Hi! How are you?" The trooper says to the baby after taking her into his arms.

Joshua Adle, 24, and his parents were booked into jail following the traffic stop. Officials said the man's parents knew police in California were looking for their son but that they did not cooperate with authorities.