County councilwoman, mayors do a ‘drive along’ to see traffic issues firsthand in Herriman 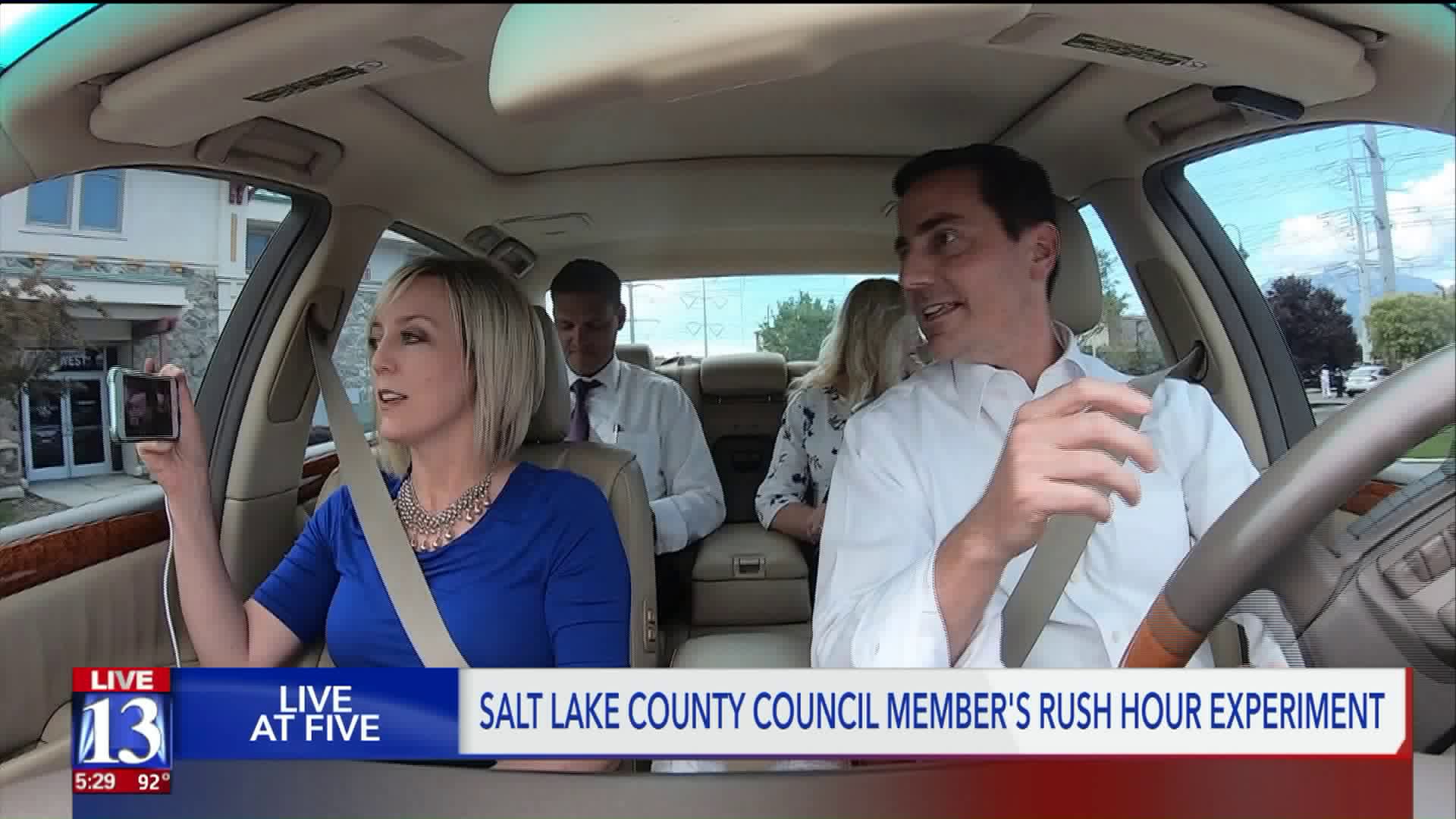 A Salt Lake County Council member ran an experiment of sorts in the southwest part of the Salt Lake Valley this week, by driving the rush hour commute out to Herriman to see what traffic was like. 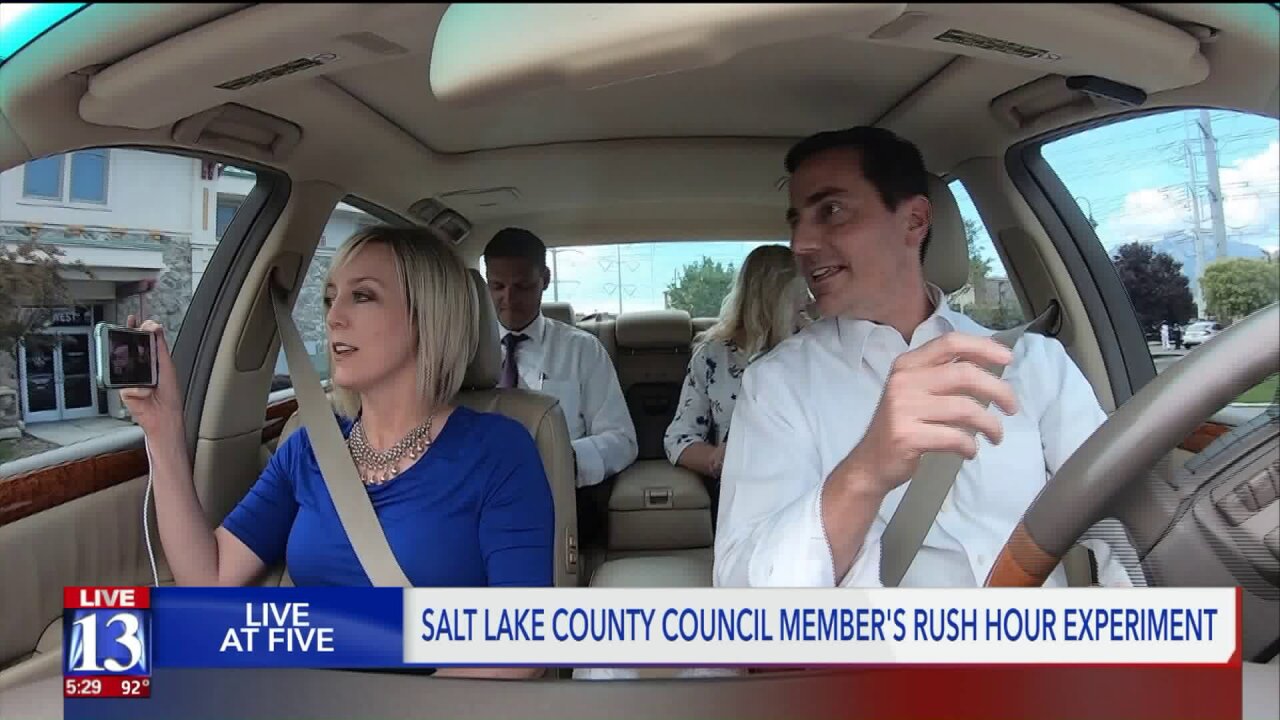 HERRIMAN, Utah — A Salt Lake County Council member ran an experiment of sorts in the southwest part of the Salt Lake Valley this week by driving the rush hour commute to Herriman to see what traffic was like.

Councilwoman Aimee Winder Newton rode with the city mayors from that corner of the county, to engage in discussion about transportation, density and growth — as well as talk about redevelopment needs and the controversial proposed Olympia Hills development.

"I just thought, 'You know what, I'm going to drive it so I can say I've driven it during rush hour, and be able to really understand some of the issues people are facing,'" she said.

At 5:15 p.m. on Thursday afternoon, four mayors arrived for the experiment: Riverton Mayor Trent Staggs (the driver), South Jordan Mayor Dawn Raisor Ramsey (back seat passenger) and Herriman Mayor Pro Tem Jared Henderson (who sat in the other back seat).

Newton took the front passenger seat. The crew got in, started up a Facebook Live video, and took off in good spirits.

"Okay, here we go!" Newton chimed, as they turned west onto 12300 South in Draper, headed toward Herriman.

There was talk of singing road trip songs for their Facebook audience.

Soon they got down to business, talking about the biggest issues those four valley communities face.

"Is it traffic?" Newton asked. "Is that one your biggest issues?"

"Density, okay" Newton said. "For you in Herriman, that totally makes sense."

Conversation eventually turned to the Olympia Hills project, a proposed 900-acre development that calls for several thousand housing units west of Herriman.
The proposal is in it's second version. Newton said it has not gone before the council, but that they would publicize any meetings so that the community can weigh in.

Mayor Staggs explained that Riverton City has talked with UDOT about the roads, and that the amount of traffic they see now is almost near the numbers that were originally projected for the year 2030.

"Just with what we've got zoned, you can see that infrastructure really is inadequate now," Staggs said. "So, if you do protects that are two, three-plus times the size like the Olympia project-- it's just going to compound the problem here."

On Monday, the southwest cities are coming together to launch a "visioning study." It'll look at issues like transportation, growth and density.

The group turned south onto Mountain View Corridor, and came to a stop in a traffic backup. Eventually, they made it down to 13400 South, where the car turned west and drove against traffic.

"We're watching all of these cars," Newton said, as she showed the traffic on her Facebook Live video.

"It's a river of cars," Staggs echoed.

It took 45 minutes for them to make the 14 mile out and back trip.

Newton explained the one thing that stuck out to her during this 'drive about.'

"I wondered why we didn't plan better for an east-west freeway of sorts in this part of the valley," Newton said. "That's my first takeaway, is that we need to plan. Not just for the next 10 years. We need to be planning for the next for the next 50 years, as we look at transportation infrastructure."

She also talked about the importance of redevelopment in pockets throughout the valley, rather than just focusing on building in undeveloped areas on the west side.

During the drive, the rush hour crew did manage to sing a couple fun road trip songs.

They ended their drive with John Denver's "Take Me Home, Country Roads."

"Take me home," the group sang in harmony with smiles. "To the place, I belong."