I-15 section closed in both directions overnight Friday, Saturday 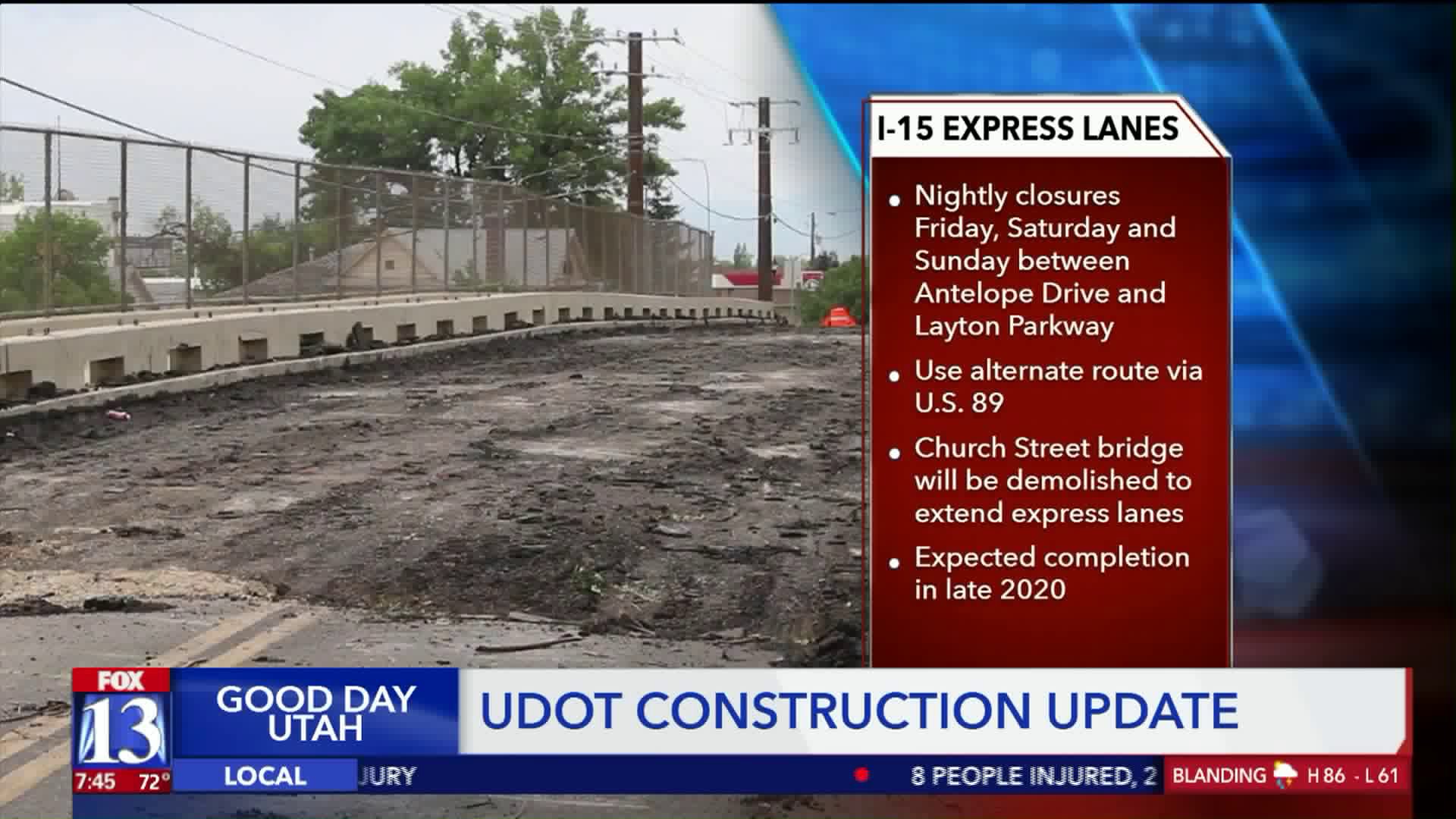 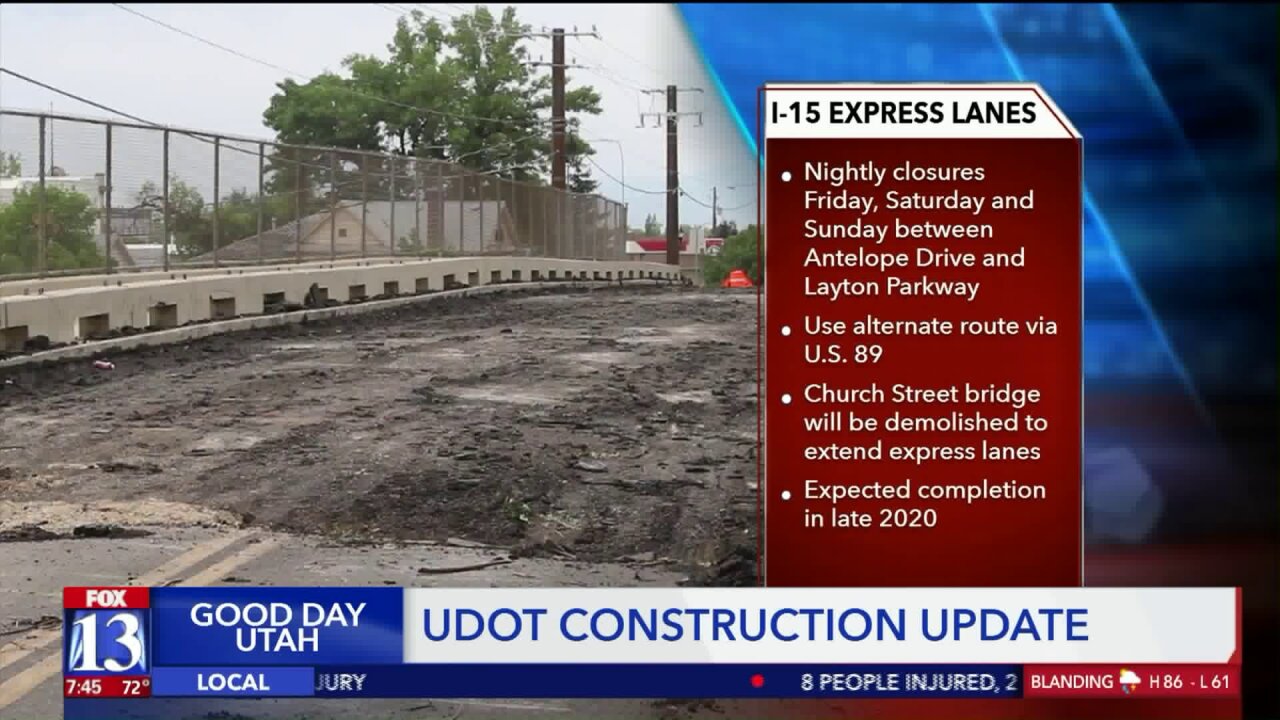 UPDATE: The closure scheduled for Sunday night has been canceled after UDOT finished the bridge demolition and cleanup earlier than expected.

SALT LAKE CITY -- A UDOT construction project will completely close a stretch of I-15 in Layton this weekend.

Both directions will be closed between Layton Parkway and Antelope Drive as crews will take down the Church Street Bridge — part of an express lane extension project in Davis and Weber Counties.

All of the work will take place at night, beginning Friday, and opening the next morning each day.

The stretch of freeway will be closed at the following times:

Drivers should plan for delays as traffic will be detoured onto Main Street (S.R. 126) during those times. UDOT also suggests alternate routes such as U.S. 89.

Once complete, there will be an 80-mile continuous express lane in that area, the longest in the country. The bridge will be reconstructed, scheduled for completion in May 2020.

UDOT crews will also be repairing two bridges on I-215.

The bridges at 2700 South and 3100 South were damaged in February by a truck hauling a load that was too high.

Over the next month, crews will be working under those bridges at night.

That means I-215 southbound from California Avenue to 3500 South will be down to one lane.

That job should be finished in about four weeks.

UDOT Spokesperson John Gleason joined Kerri and Dan on Good Day Utah to talk about the projects and the detours to get around them.